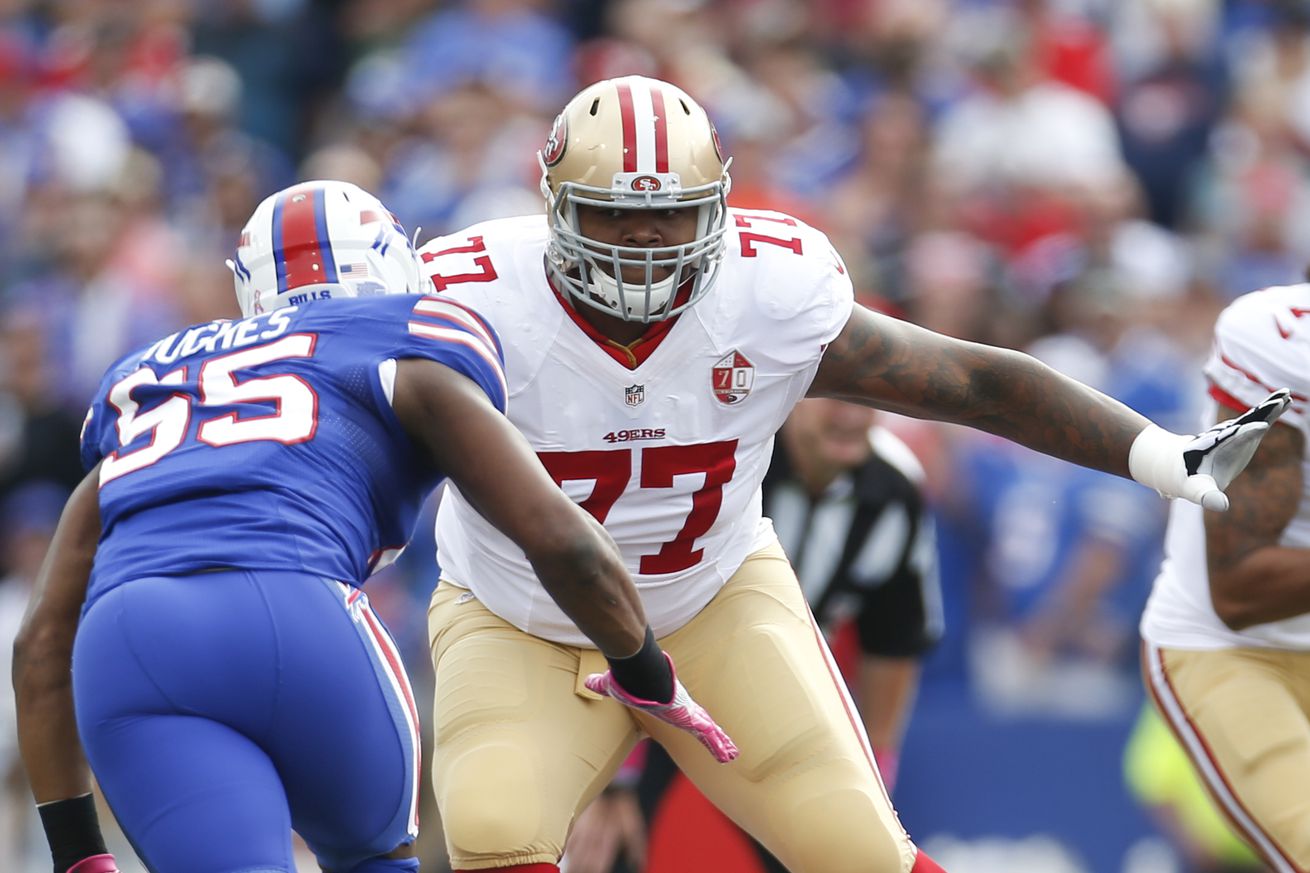 The Bills player the reigning NFC Champs in 2020.

In today’s installment, we take a look at the San Francisco 49ers with some help from Niners Nation.

Does Trent Williams count? He should. The Niners added one of the best left tackles in the past decade to an already stacked roster. Instead of relying on a rookie tackle or unproven player, San Francisco has a seven-time Pro Bowler that is familiar with Kyle Shanahan’s system.

Over. Fresh off a Super Bowl appearance and returning the majority of the roster, 2020 would be a major disappointment if the 49ers won fewer than 10 games. The roster had enough talent where they could overcome over 15 players going on the injured reserve last year. The 49ers get all of that talent back off the IR, and a few of those players are expected to make contributions right away. San Francisco had several young players made an impact last year—from prominent draft picks like Deebo Samuel and Nick Bosa to less-heralded names such as Kendrick Bourne and Emmanuel Moseley—and those players should be even better this year. Even without an offseason, there are fewer question marks headed into the season, and Jimmy Garoppolo could concentrate on throwing instead of rehabbing.

Rookie I’m most excited about

Brandon Aiyuk. We don’t know the status of Deebo Samuel or how much time he’ll miss, and the other receivers most people mention on the roster don’t have anywhere near the ceiling/talent that Aiyuk does. He went in the first round for a reason. Aiyuk fits the 49ers offense like a glove, and that’s why we’re so excited to see what he can do. He feels like the type of player the 49ers were missing last year on a few different levels. There is a lot of pressure on Aiyuk to perform early on during his career, and I’m fascinated to see how he handles said pressure.

Who will get more snaps, Kwon Alexander or Dre Greenlaw? Both players played at a high level in 2019, but one did so during the first half and the other during the second half. Because Greenlaw had more highlight, memorable plays, the common theme seems to be let him play among fans. Kwon has a bigger contract, more experienced, and quietly played better, in my opinion. Statistically, Alexander’s average depth of tackle against the run was 3.5 yards, while Greenlaw’s was 5.5 yards. Kwon’s success rate in coverage was also 10% points better than Greenlaw’s on two fewer targets. Alexander also allowed a full yard less than Greenlaw against the pass. Dre was a Day 3 rookie, though. Those stats aren’t an indictment on Greenlaw, but more of a compliment to Alexander. Greenlaw will take another step in his development, however, and make this battle interested.

It’s always wide receiver. Will Trent Taylor stay healthy? Is Jalen Hurd ready to contribute? Will Dante Pettis return to his rookie form? Can Jauan Jennings steal the spotlight? Is Aiyuk as good as Shanahan thinks? There are questions for about every wideout you can think of on the roster. The talent is there, but the young guys on the roster need to step up. There isn’t one position that is set in stone if Deebo misses time, which opens the door for everyone.

Will George Kittle play without a new deal? Nobody knows. A little birdie told me that Kittle’s deal is done, and his contract will look like an absolute steal. That deal would likely be announced sometime over the next week. If that happens, the focus may shift to whether or not Raheem Mostert will be traded, which seems unlikely, too.

The status of Jerick McKinnon, Deebo Samuel’s foot, Richie James’ wrist, Trent Williams’s health, Jullian Taylor and Ronald Blair may start on the PUP list, while Weston Richburg and D.J. Jones are returning from season-ending injuries. Taylor projects to be Garoppolo’s security blanket, but he has to show he can stay healthy.

The Buffalo Bills face the Niners in Week 13 of the 2020 NFL season. Thanks again to Niners Nation for their expertise!