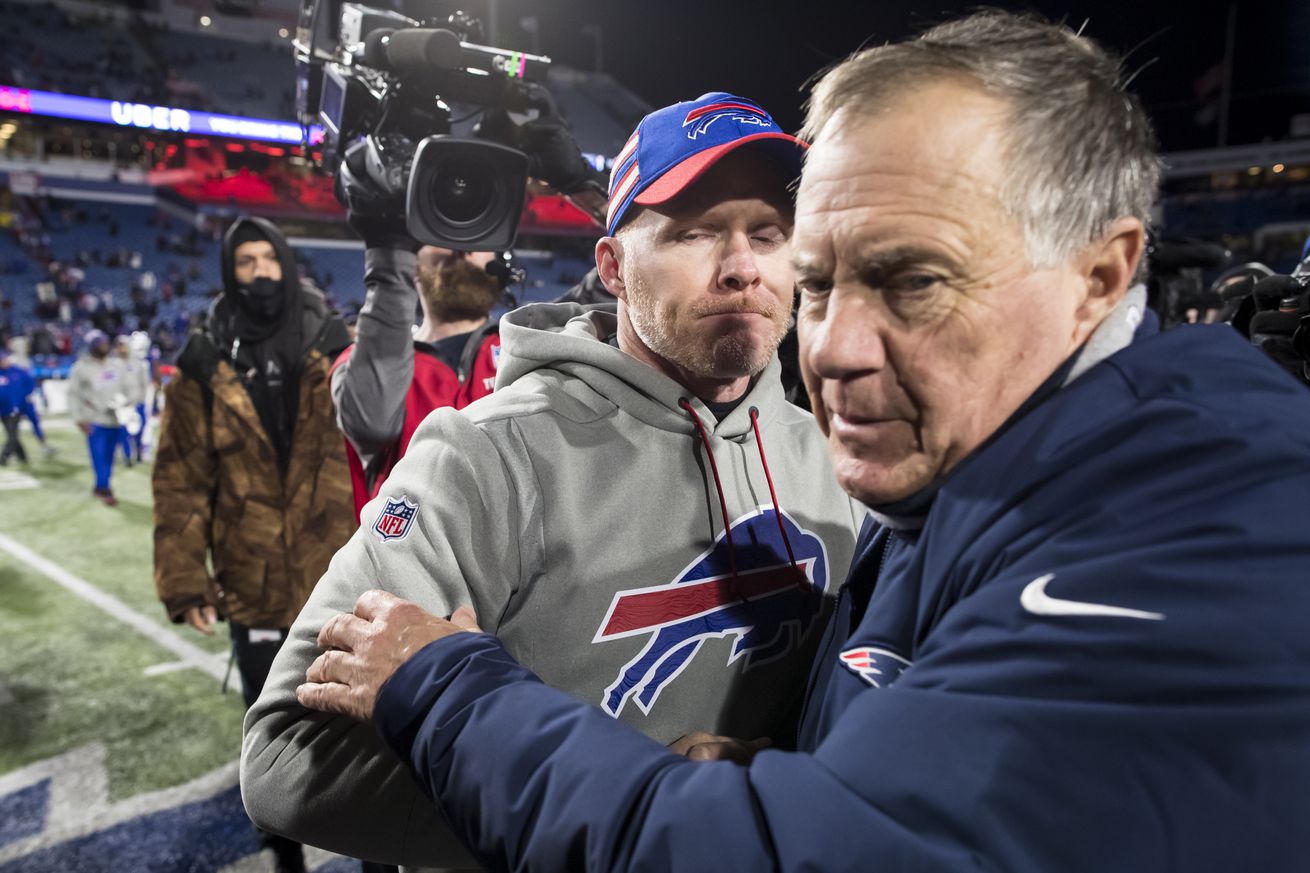 Just note that the opt out have changed a few answers here.

In today’s installment, we take a look at the New England Patriots with some help from Pats Pulpit.

Over/under 10 wins? Over…? During the past two decades, the answer to this question would have been an automatic Over, but with Tom Brady having left the Patriots this offseason the team has become one of the hardest to project in all of football. On one hand, Brady’s replacement, be he named Jarrett Stidham or Cam Newton, projects to be a downgrade from the greatest quarterback of all time; on the other, the team still fields one of the best defenses and special teams units – let alone coaching staff – in football. Given this, 10 wins could very well still be possible.

Rookie I’m most excited about: Josh Uche. While not the first player drafted by the Patriots this year – an honor that belongs to fellow second-round pick Kyle Dugger – the Michigan product offers a combination of athleticism and positional versatility that could allow him to become an impact player in the team’s defensive front-seven right away. It remains to be seen how New England eventually opts to use him, but Uche does have the upside to serve as a replacement option for free agency departees Kyle Van Noy and Jamie Collins Sr: he can play off the ball or on the edge, while offering a move option in the mold of the two veterans.

Best position battle heading into training camp: Tight end. The Patriots’ tight end group struggled mightily in 2019 after Rob Gronkowski’s (temporary) retirement, which prompted the team to select UCLA’s Devin Asiasi and Virginia Tech’s Dalton Keene in the third round of this year’s draft. The two will compete against returning veterans Matt LaCosse and Ryan Izzo as well as rookie free agents Jake Burt and Rashod Berry for what projects to be a maximum of three roster spots. While Asiasi, Keene and LaCosse are the favorites to win them, the question as to how the roles will be distributed is an intriguing one – and one that could make for an entertaining position battle during training camp.

Biggest storyline heading into training camp: The quarterbacks’ development. While nothing is set in stone just yet, especially with the Coronavirus pandemic forcing teams to adapt their offseason workout schedules, the expectation is that second-year man Jarrett Stidham and free agency acquisition Cam Newton will fight to be New England’s next starting quarterback. Stidham’s growth from Year One to Year Two will be a big storyline to watch over the course of training camp, given that the 23-year-old showed plenty of promise last summer but ultimately saw only minimal action as Tom Brady’s backup in 2019, as will be Newton’s ability to adapt to a new scheme after nine years in Carolina. The Patriots are obviously banking on one of them to arise victoriously and establish themself as the new QB1, and their fortunes as an offense this year are very much tied to it.

Under-the-radar storyline heading into training camp: The youngsters’ development. Stidham is just one member of a group of youngsters that are projected to be featured prominently in 2020. From left tackle Isaiah Wynn and running back Sony Michel, to wide receivers N’Keal Harry and Jakobi Meyers, to edge rusher Chase Winovich and cornerback J.C. Jackson, to kicker Justin Rohrwasser and punter Jake Bailey, the Patriots have plenty of young upside on their team. The question will be if the young core can take on bigger roles and show signs of growth this year. As is the case with Stidham, New England needs to see some positive development in order to remain competitive even with Brady, Van Noy, Collins etc. gone.

Notable injuries heading into training camp: QB Cam Newton, RB Sony Michel, WR Julian Edelman, WR Mohamed Sanu, C David Andrews, LB Chase Winovich, LB Brandon King, CB Jason McCourty, LS Joe Cardona. All nine of these players could play valuable roles on the 2020 Patriots if healthy, but either missed most if not all of last season (Newton, Andrews, Cajuste, King) or underwent surgery over the course of the offseason. While reports out of Foxborough have been positive so far in regards to all of them, we won’t know for sure how they have been progressing until they take the field for training camp.

The Buffalo Bills face the Patriots in Week 8 and Week 16 of the 2020 NFL season. Thanks again to Pats Pulpit for their expertise!