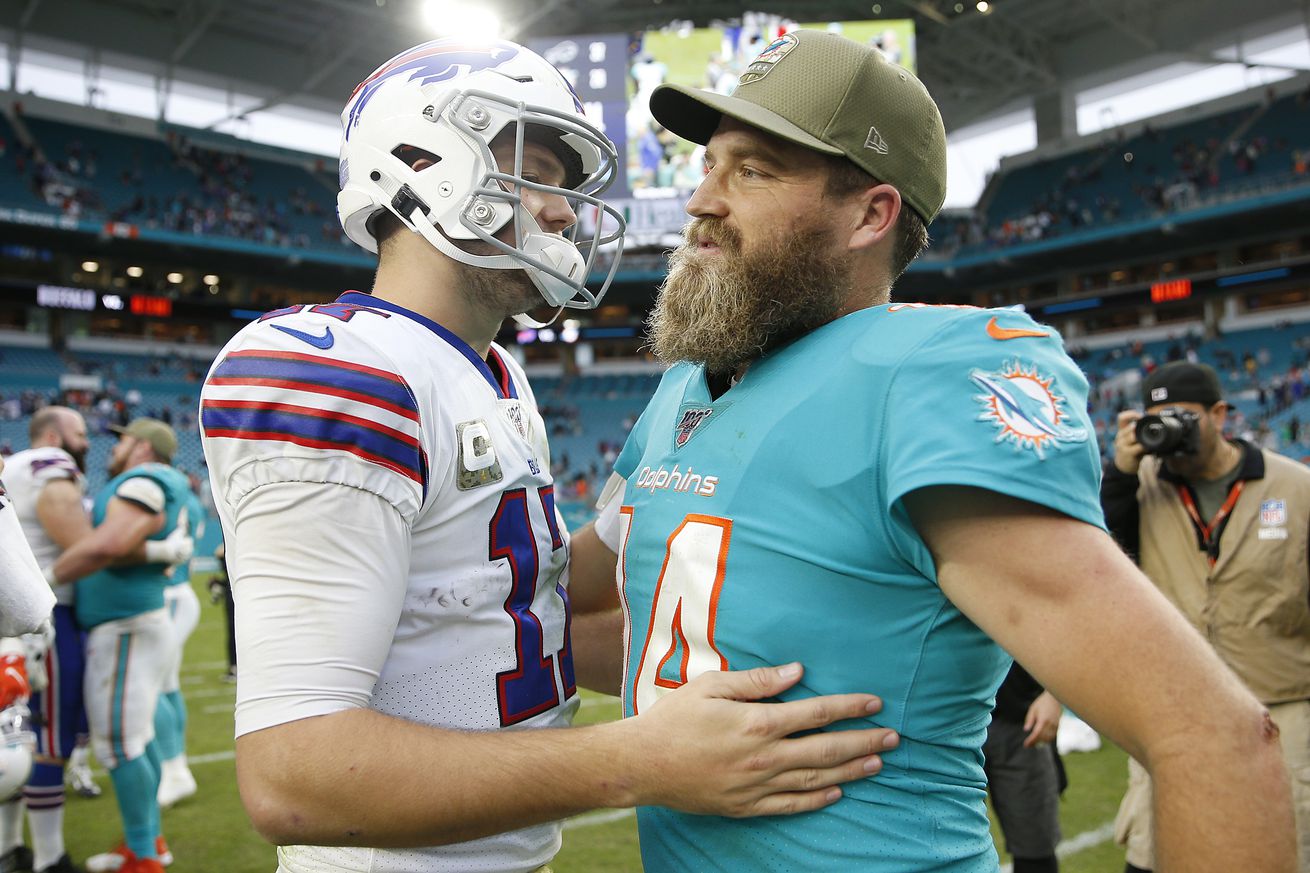 The Dolphins added a new QB this offseason.

In today’s installment, we take a look at the Miami Dolphins with some help from The Phinsider.

Editor’s note: The responses are unedited and were sent in mid-July.

Over/under 10 wins?: Under. I think the Dolphins will be better than last year, and they are starting to rebuild the roster for long-term success, but this is probably not yet a 10-win team. I would likely predict something in the 7-8 win range.

Rookie I’m most excited about: The obvious answer is Tua Tagovailoa. Miami has their quarterback of the future and a player around whom they can now build the offense. This year, however, he may not play as much as some of the other rookies this year as the Dolphins look to give him time to adapt to the speed of the league and ensure he is 100 percent healthy. If he does not see the field, or does not see it until later in the year, there are plenty of other options on the Dolphins’ roster; Miami has 21 rookies on their roster including their 11 draft picks. Noah Igbinoghene, former Auburn cornerback, will be a fun one to watch this year, especially as the Dolphins fit him into a secondary including Byron Jones and Xavien Howard. The offensive line will include tackles Austin Jackson and Robert Hunt as well as guard Solomon Kindley, all of whom could be pieces in fixing an offensive line that has been broken for way too long now. Safety Brandon Jones could find himself with playing time if Miami decides they need to move Bobby McCain or Eric Rowe from safety back to their natural cornerback positions. Finally, Navy quarterback turned Dolphins running back/wide receiver Malcolm Perry will be someone to watch this summer; how will the Dolphins use him, can he impress enough to stick to the roster, and what kind of magic can he bring to the offense?

Best position battle heading into training camp: Running back. Miami may use Jordan Howard and Matt Beida in a platoon-style, but one of them should be looking to establish himself as the guy in training camp and the preseason (if there is one). Last year’s rushing attack in Miami was miserable, with quarterback Ryan Fitzpatrick ending the season as the team’s leading rusher, followed by two players who did not finish the year on the roster (Mark Walton released, Kenyan Drake traded). The Dolphins need a running back to prove he can lead the team’s ground attack, taking some of the pressure off Fitzpatrick and/or Tagovailoa.

Biggest storyline heading into training camp: Tua Tagovailoa. Is he healthy? Can he claim the top spot over Ryan Fitzpatrick?

After Tagovailoa, the offensive line will be the next biggest storyline. Miami could have four or five new starters on the line this year, depending on if Jesse Davis holds on at right tackle. The offensive line has to improve over last year, and the Dolphins spent in both free agency and the Draft to try to make sure that happens. How will they come together?

Under-the-radar storyline heading into training camp: Linebackers. The Dolphins started a transition to a hybrid-defense with a heavy 3-4 scheme last year. This year, they are building the pieces to keep that going, while addressing a lot of the pass-rush difficulties the team had in 2019. Finding the right combination of the outside linebackers/edge rushers will be critical to any success the team has, but the inside linebackers could be an unexpected battle as well. Jerome Baker should have one of those two spots locked down, while it is presumed his college teammate Raekwon McMillan will man the other spot. It appears that presumption may be premature as free-agent addition Kamu Grugier-Hill seems to be making a challenge for the spot. McMillan is a strong run-defender who plays physically in the middle of the field; Grugier-Hill is more of a coverage linebacker, having played safety in college, who uses his speed to close in on the ball. Both players will have a key role, but watching the battle could give us a clue as to what head coach Brian Flores wants to do with the defense.

The Buffalo Bills face the Dolphins in Week 2 and Week 17 of the 2020 NFL season. Thanks again to The Phinsider for their expertise!