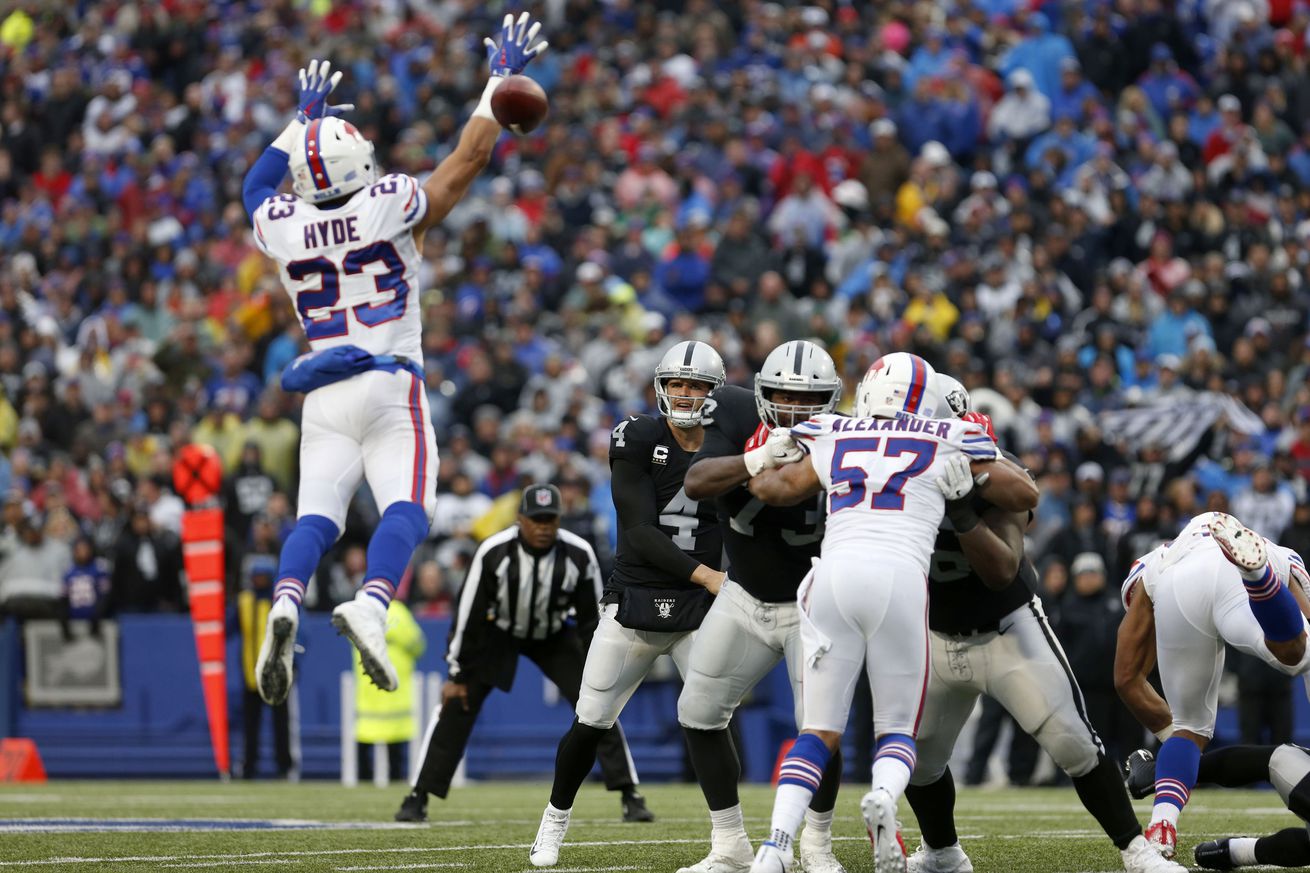 A first-time trip to Las Vegas for the Bills

In today’s installment, we take a look at the Las Vegas Raiders with some help from Silver and Black Pride.

Editor’s note: The responses are unedited and were sent in mid-July.

Over/under 10 wins? Under. This team won four games in 2018 and seven in 2019. If they get to nine wins, that would be nice progress and it would likely be enough for them to get into the playoff hunt.

Rookie I’m most excited about: Amik Robertson. This fourth-round pick can be a steal.

Best position battle heading into training camp: CB playing rotation. There are lot of young players that may develop quickly.

Biggest storyline heading into training camp: Derek Carr’s growth. If he doesn’t make big strides, especially with a better supporting cast, his future will be talked about again next offseason.

The Buffalo Bills face the Raiders in Week 4 of the 2020 NFL season. Thanks again to Silver and Black Pride for their expertise!