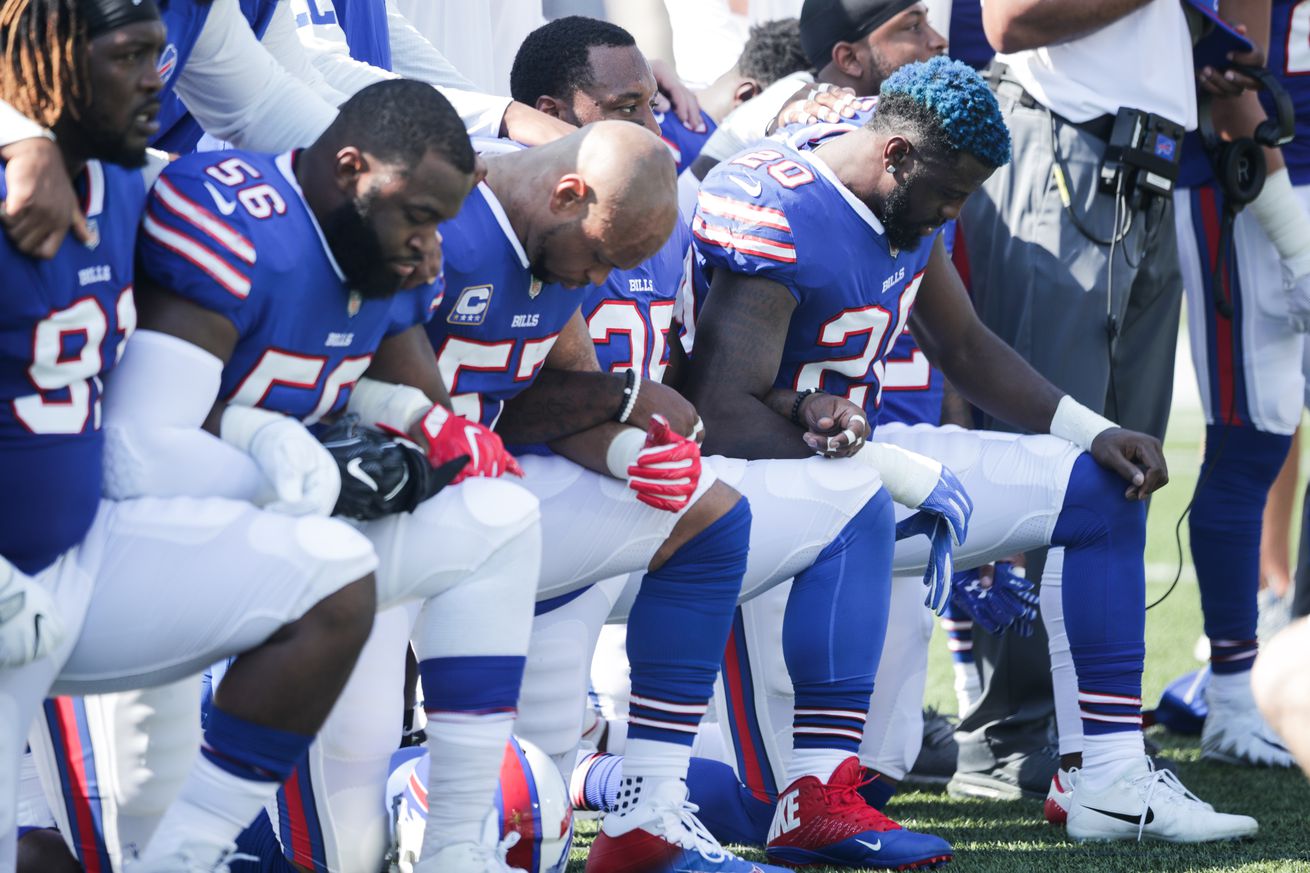 The Buffalo Bills and New York Jets talked it over before the game and decided they weren’t going to stand or kneel during the national anthem. Instead, both teams decided to head to the locker room as the pre-game music began ahead of the “Star-Spangled Banner”.

On Friday, head coach Sean McDermott said the team hadn’t yet decided how they were going to handle the pre-game anthem or any social justice initiatives. The players on the team were allowed to add social justice stickers to the back of their helmets during 2020. “Black Lives Matter”, “It Takes All Of Us”, “Stop The Hate” as well as the names of victims of police brutality were some of the choices.

It wasn’t until just before kickoff that the teams returned to the field for the coin toss.

This seems to be how most NFL teams are handling the national anthem around the league. The Houston Texans stayed in the locker room Thursday night while the Kansas City Chiefs stood on their sideline.