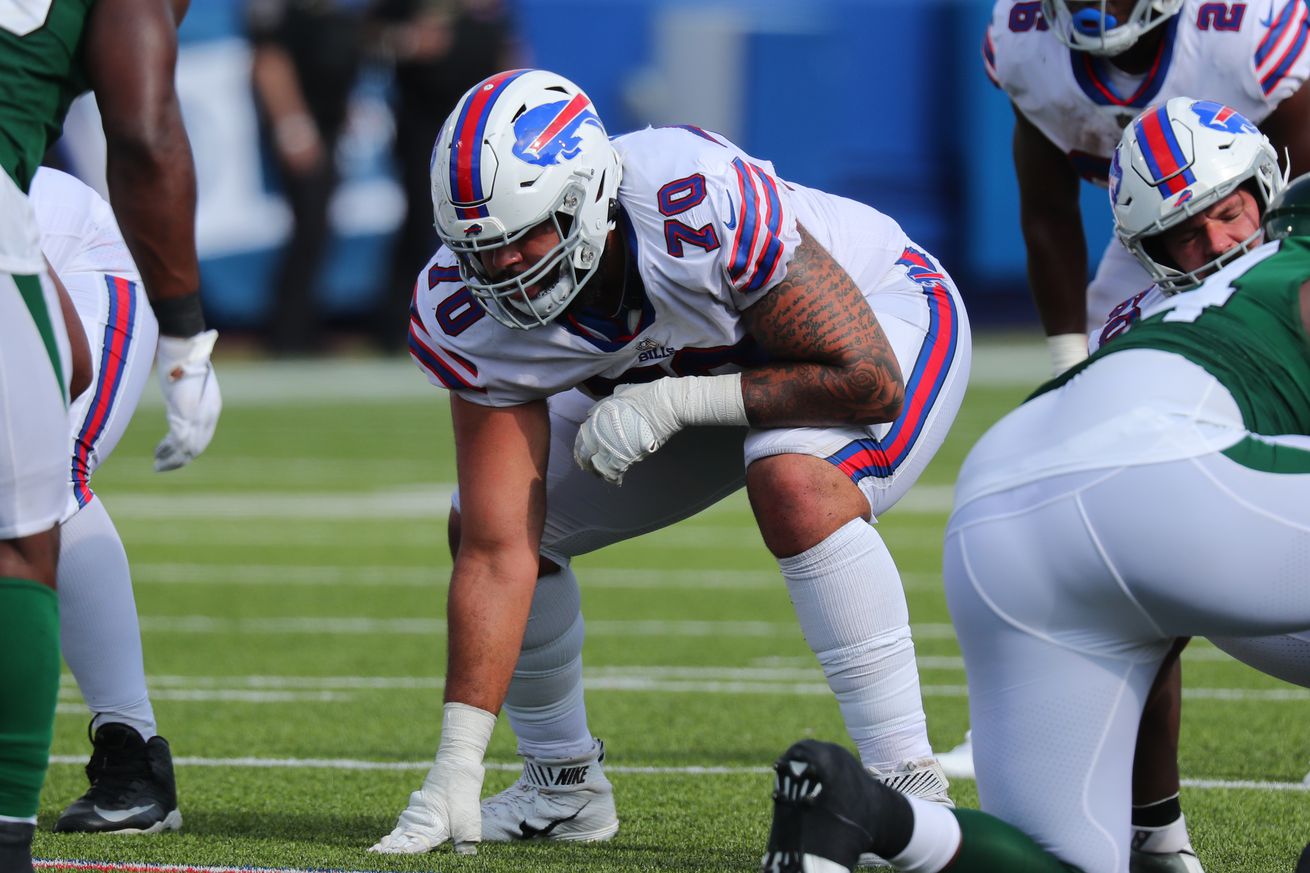 The Buffalo Bills have made a few changes to their offensive line a few weeks into the 2020 NFL season. Without the preseason, they’ve been tweaking their rotation a bit over the last few weeks and this week a big change is afoot.

Cody Ford, who has spent his entire career on the right side of the line, moves to left guard to start Week 3. He replaces Quinton Spain who has been okay-not-great at left guard. Ford has better lateral agility than Spain and can get to the boundary better.

Replacing Ford at right guard is Brian Winters, who was signed late this offseason. He’s likely just keeping the seat warm for Jon Feliciano who is on injured reserve.

Daryl Williams is sticking at right tackle, backed up by Ty Nsekhe.

The Bills started moving some pieces around last week in Miami, but most assumed it was because of the heat. This proves it wasn’t.