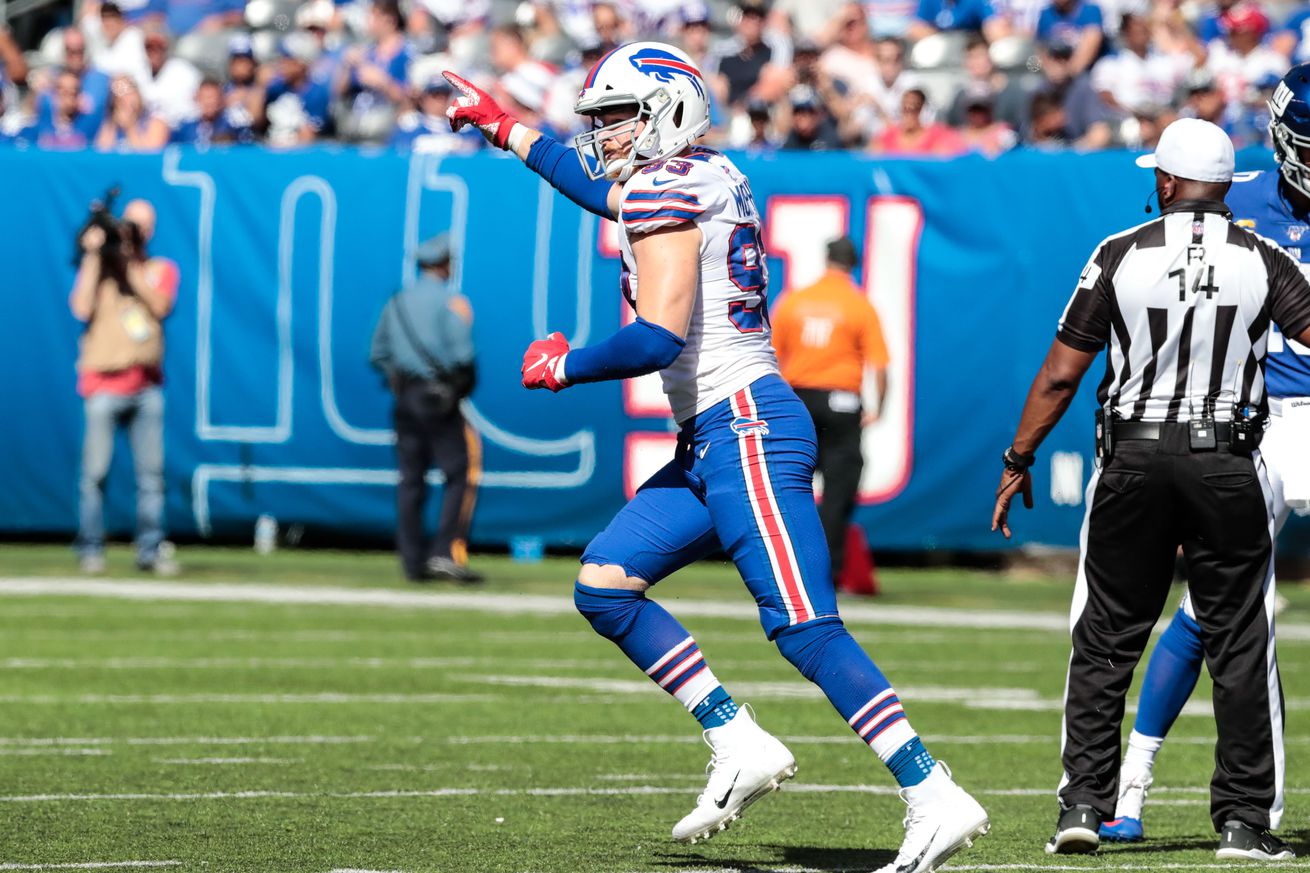 Plus, All-Pro CB Tre’Davious White agrees to a contract extension

Like the rest of the NFL, the Buffalo Bills trimmed their roster to 53 by Saturday’s 4 pm Eastern deadline, and in today’s edition of the Bills daily links, we analyze what was a busy roster cut-down day.

Unlike in years past, general manager Brandon Beane and the Bills have built a competitive roster, of which an intense battle to make was made even more so during this unusual offseason without preseason games. We dissect those players who were surprises to make the roster—defensive end Trent Murphy, linebacker Del’Shawn Phillips, tight end Reggie Gilliam, and quarterback Jake Fromm—as well as the surprise cuts—returner/wide receiver Andre Roberts, offensive lineman Evan Boehm and defensive back Dean Marlowe.

We delve into why the Bills decided to retain Murphy, identify a few veterans the Bills should strongly consider adding to the roster, assess the contract extension inked by All-Pro cornerback Tre’Davious White (which will keep him in Buffalo through the 2025 season), hear why a fully healthy defensive tackle Harrison Phillips is poised to make a big impact on the defense, and more!

Bills make cuts: Trent Murphy, Jake Fromm survive – Democrat & Chronicle
The Bills got down to 53 players on Saturday, but there will be plenty of roster moves made in the next few days so nothing is final just yet.

Breaking down the biggest surprises, areas of need on Bills’ first 53-man roster – The Athletic
After a hectic final few days, Brandon Beane whittled the Bills’ roster down to 53 players. But the process is far from over. (Subscription required).

Here is the Bills’ 53-man roster by position, at least for now | Buffalo Bills News | NFL | buffalonews.com
The Buffalo Bills made their required roster cuts Saturday.

Bills announce cuts to get to 53-man roster – WGR 550
The Buffalo Bills have trimmed their active roster to the league maximum of 53 players following cuts on Saturday.

How Bills got to the 53-man roster on cut-down day | Buffalo Bills News | NFL | buffalonews.com
Fewer players will be cut this year because training camp rosters began at 80, instead of 90.

Bills announce these moves to get to the 53-man roster limit – BuffaloBills.com
QB Davis Webb, WR Robert Foster and WR Duke Williams are some of the players released on Saturday.

Andre Roberts, Dean Marlowe released, but Bills aim to re-sign them Sunday | Buffalo Bills News | NFL | buffalonews.com
Because Roberts and Marlowe have four or more years of service time, they immediately become free agents and can sign with whichever team they want.

Rasul Douglas, 2 others Buffalo Bills should consider claiming off waivers – newyorkupstate.com
The Bills’ roster is in great shape entering 2020, but it wouldn’t hurt to add these three players.

Tre’Davious White agrees to four-year extension with Buffalo Bills | Buffalo Bills News | NFL | buffalonews.com
Terms of the deal were not disclosed at the time, but ESPN reported it would make White the highest-paid cornerback in the league.

Tre’Davious White: Buffalo Bills star set to become NFL’s highest-paid CB – newyorkupstate.com
White is going to be the highest-paid cornerback in the NFL.

What does the Tre’Davious White extension mean moving forward? – The Athletic
The Bills have been on the right track since general manager Brandon Beane and head coach Sean McDermott took over, and White’s extension is yet another example. (Subscription required).

Analysis: Trent Murphy gives the Bills peace of mind at left defensive end | Buffalo Bills News | NFL | buffalonews.com
Murphy, 29, survived Saturday’s cutdown to the 53-man roster, and the presumption is he’s safe as a starter for the season opener against the New York Jets in eight days.

Here is the 2020 Buffalo Bills 53-man roster – Buffalo Rumblings
This is where we ended up after roster cuts concluded.

BBR: Four bold predictions for the Buffalo Bills in 2020 – Buffalo Rumblings
Get my thoughts on John Brown, Stefon Diggs, and more.

Buffalo Bills 2020 roster cuts tracker; trades, rumors, releases, who is safe – Buffalo Rumblings
The Bills needed to be down to 53 by Saturday afternoon.