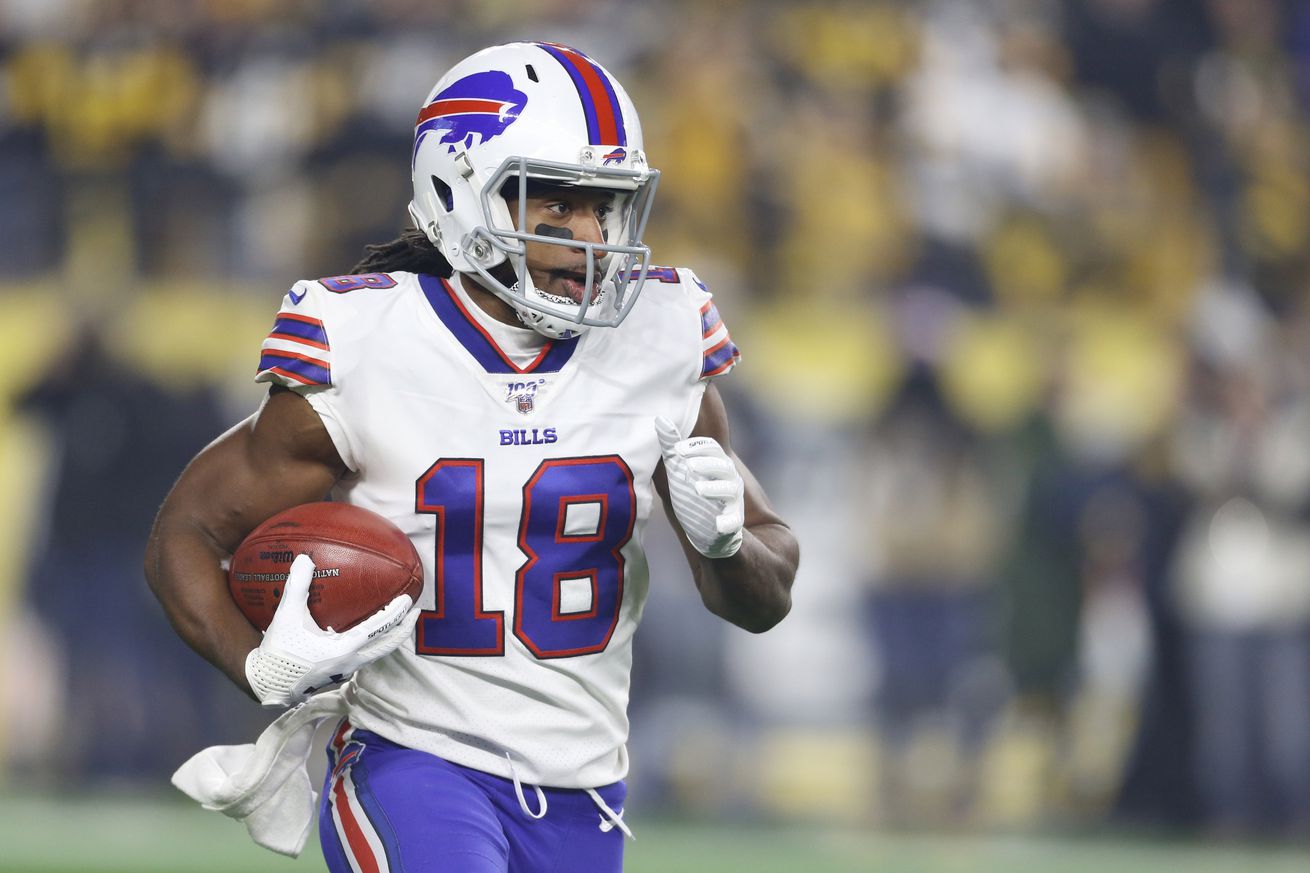 All the latest roster news

By 4 pm EST today, general manager Brandon Beane and the Buffalo Bills have to trim their roster down to 53. In today’s edition of the Bills daily links, we get you ready for what is sure to be an intriguing cut-down day.

We’ve got 53-man roster projections galore, identifying which players are squarely on the roster bubble. We dissect how many offensive linemen the Bills will keep, whether defensive end Trent Murphy will make the squad or be a salary cap casualty, whether the Bills will devote a spot to returner/wide receiver Andre Roberts, whether right guard Brian Winters has done enough to earn a spot, whether wide receiver Isaiah McKenzie can hold off rookie Isaiah Hodgkins for a spot, and more. We also break down the moves the Bills made Friday, including releasing a pair of linebackers and placing fullback Patrick DiMarco on the season-ending injured reserve list.

We hear why quarterback Josh Allen is “in a good spot” heading into the season, break down how Hodgins’s bloodlines have helped him get off to a good start at training camp, get predictions from NFL analysts around the league on how the Bills will fare in 2020, discuss how loud it will be inside Bills Stadium with fake crowd noise being pumped in, and more!

Maiorana: Here’s who the Bills will keep on the 53-man roster – Democrat & Chronicle
The Buffalo Bills will have some difficult decisions to make in trimming down their roster.

10 Buffalo Bills on roster bubble ahead of cutdown day: What should Brandon Beane do? – newyorkupstate.com
Trent Murphy received a vote of confidence from head coach Sean McDermott, but will it be enough to outweigh financial benefit of cutting him?

Robert Foster: Buffalo Bills looking to trade wide receiver? – newyorkupstate.com
Foster and Croom were both named as players who are available via trade.

Josh Allen ‘in a good spot’ as Bills prepare for season-opener | Buffalo Bills News | NFL | buffalonews.com
Training camp is over, which means Josh Allen now must devote less time to refining his game and more to preparing for the Sept. 13 home opener against the New York Jets.

Inside the Bills: How Isaiah Hodgins’ NFL bloodlines have helped him off to a fast start | Buffalo Bills News | NFL | buffalonews.com
James Hodgins doesn’t hold back when discussing the start of his son’s football career. To put it kindly, Isaiah Hodgins wasn’t very good playing in a Pop Warner league.

The challenges facing offensive line coaches in a shortened training camp – The Athletic
Bobby Johnson and the Bills have tried to get creative since the offensive line, more than any other position, needs contact to prepare. (Subscription required).

Matt Bowen’s 12 favorite NFL defensive backs, and where they thrive – ESPN.com
Here are the 12 cornerbacks and safeties Matt Bowen loves to watch—and their standout traits that allow them to dominate.

Buffalo Bills 2020 roster cuts tracker; trades, rumors, releases, who is safe – Buffalo Rumblings
The Bills need to be down to 53 by Saturday afternoon.

Reviewing the NFL’s roster, practice squad, and injured reserve rules for the 2020 season – Buffalo Rumblings
Plenty of roster games to keep track of this year.

Buffalo Bills 53-man roster projection aggregation – Buffalo Rumblings
Who does the Buffalo media have making the Bills in 2020?

Buffalo Bills place Patrick DiMarco on Injured Reserve – Buffalo Rumblings
What will the Bills do at fullback now?

Buffalo Bills TE Tommy Sweeney will start the season on PUP list – Buffalo Rumblings
The tight end is healthy, but not healthy enough.

Report: Robert Foster, Jason Croom on trading block for Buffalo Bills – Buffalo Rumblings
Albert Breer is reporting both could be on the way out of Buffalo.