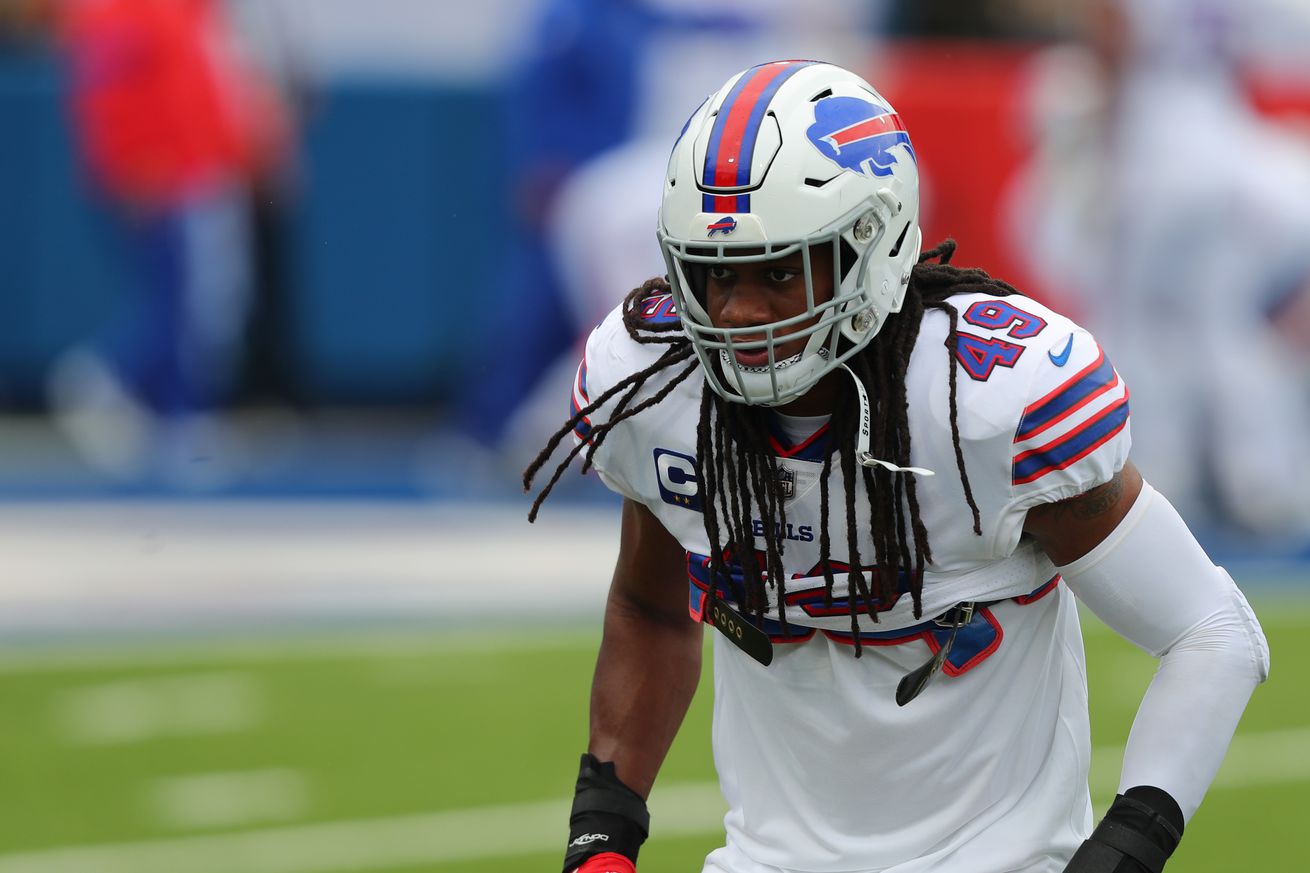 Plus, Josh Allen earned the AFC Offensive Player of the Week honors

In today’s edition of the Buffalo Bills daily links, there was both good news and bad news on the injury front heading into Sunday’s Week 3 clash vs. the Los Angeles Rams. The good? Linebackers Tremaine Edmunds and Matt Milano returned to the practice field Wednesday. The bad? Wide receiver Cole Beasley, defensive tackle Ed Oliver, defensive end Jerry Hughes and tight end Dawson Knox were among the starters held out of practice.

We go to the tape to dissect how quarterback Josh Allen was able to capitalize on a creative game plan from offensive coordinator Brian Daboll to earn AFC East Offensive Player of the Week honors after shredding the Miami Dolphins for a career-high 417 passing yards with four touchdowns.

We also take a look ahead at Sunday’s match-up with the Rams and try to figure out how the Bills will slow down All-Pro defensive tackle Aaron Donald, analyze the match-up between red-hot Bills receiver Stefon Diggs and cornerback Jalen Ramsey, discuss why cornerback Levi Wallace needs to up his game moving forward, relive the day former Hall of Fame running back Gale Sayers scored his first professional TD in Buffalo, and much more!

Bills All-22 Review: How they set the stage for Allen’s best passing game – The Athletic
Allen took advantage of Daboll’s creative game plan with his execution, and the offense picked up the defense against Miami. (Subscription required).

How dominant has Bills’ Josh Allen been? He has more yards than 22 teams | Buffalo Bills News | NFL | buffalonews.com
Allen has a league-best 729 yards passing and 75 yards rushing.

Just start calling him Air Allen – WGR 550
Buffalo Bills fans can stop being envious of other teams with pass-efficient quarterbacks, because they are in the club now thanks, in large part, to Josh Allen and the offensive play calling of offensive coordinator Brian Daboll.

Bills’ Josh Allen named AFC Offensive Player of the Week for 4 TD performance vs. Dolphins – newyorkupstate.com
Allen threw for 417 yards against Miami, going over the 400-yard mark for the first time in his career.

Aaron Donald presents a huge challenge for the Bills – Democrat & Chronicle
The Bills’ offense will have to find a way to prevent Rams DT Aaron Donald from being a disruptive force Sunday.

Stefon Diggs turns focus from fast start to Rams’ Jalen Ramsey | Buffalo Bills News | NFL | buffalonews.com
Whatever glow there was in the wake of Sunday’s passing extravaganza in Miami, it was gone for Buffalo Bills receiver Stefon Diggs on Wednesday.

Bills CB Levi Wallace needs to pick up his play – Democrat & Chronicle
The one area of concern on the Bills defense heading into 2020 was Levi Wallace, and sure enough the cornerback has struggled thus far.

Bills vs. Rams airs on FOX Sunday: Syracuse affiliate picks it over Giants vs. 49ers – newyorkupstate.com
Bills fans in Syracuse will get the Bills-Rams game Sunday instead of New York Giants–San Francisco 49ers.

Considering blackout and weather delay, Bills-Miami TV rating is strong | Buffalo Bills News | NFL | buffalonews.com
There was a 21-minute blackout and a 34-minute weather delay for lightning, which led CBS to switch to Pittsburgh’s victory over Denver in those time periods.

Buffalo Bills swamped with injuries in first practice report after Miami Dolphins game – Buffalo Rumblings
Eight starters showed up on the list in some fashion.

Overarching thoughts on Buffalo Bills’ victory against Miami Dolphins – Buffalo Rumblings
The Bills are 2-0 for the second consecutive season, and Josh Allen is to thank for it.

All-22 Analysis: Buffalo Bills DT Ed Oliver vs. the Miami Dolphins – Buffalo Rumblings
How did the second-year defensive tackle do against the Dolphins?