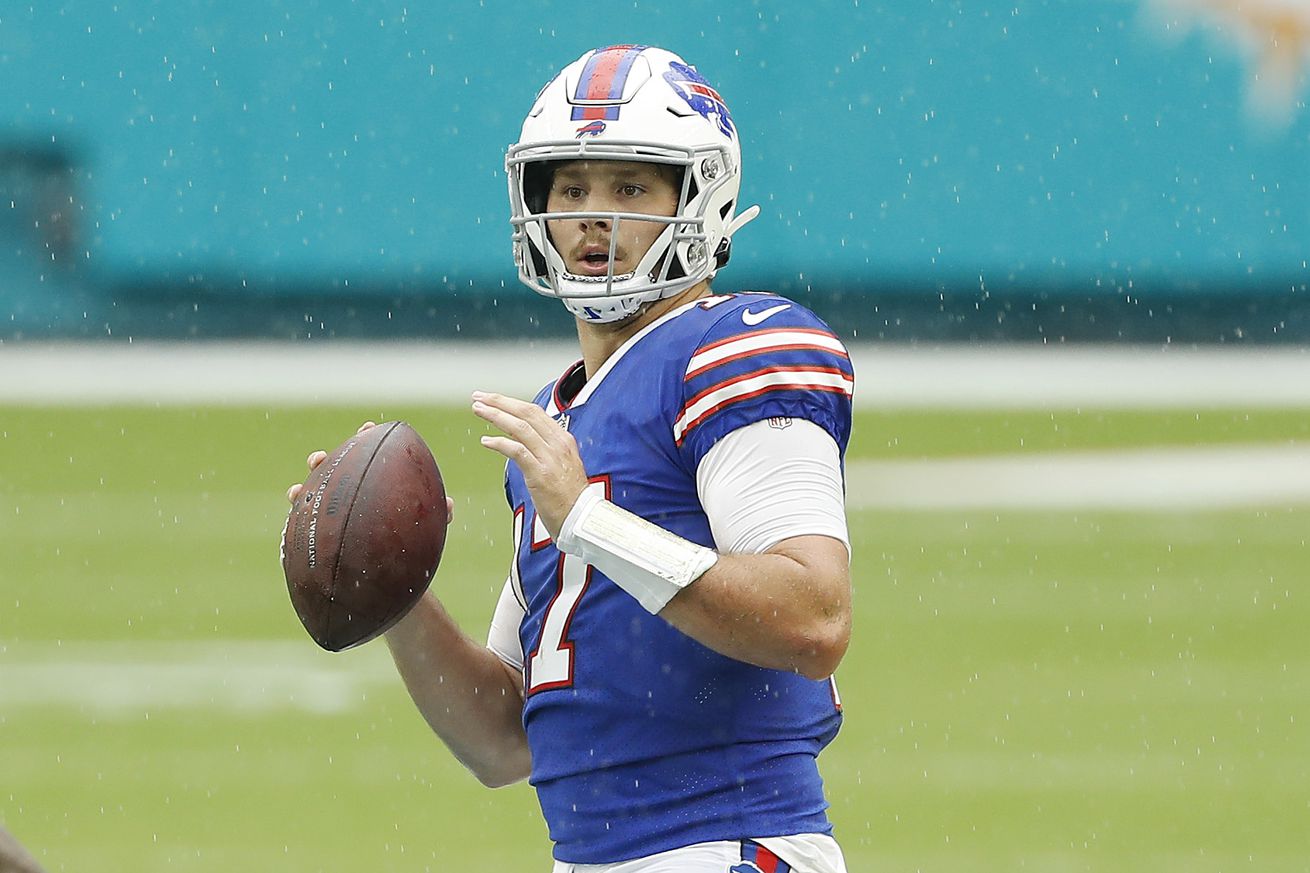 Plus, where the Bills find themselves in the NFL power rankings.

In today’s edition of the Buffalo Bills daily links, we take a look at quarterback Josh Allen’s development through the first two games of the season, analyzing why Allen’s most glaring weakness from his first two seasons—deep-ball accuracy—has turned into a major strength for the 2-0 Bills.

We also address how wide receiver Stefon Diggs has helped turn Buffalo’s offense into one of the most prolific passing attacks in the league, with Allen leading the NFL in passing yards and the Bills on pace to have three 1,000-yard receivers.

We offer up our final thoughts from Buffalo’s 31-28 win over the Miami Dolphins—from offensive coordinator Brian Daboll spreading the ball around and the receivers gelling, to the Bills continuing to tinker with the offensive line and where the defense needs to improve moving forward—discover where the Bills are ranked among the NFL’s best teams, analyze why cornerback Levi Wallace continues to struggle versus the Dolphins, dissect how linebacker Tyrel Dodson succeeded in his first time calling the plays for the defense, and more!

Analysis: Deep-ball accuracy? Josh Allen’s early returns are awesome | Buffalo Bills News | NFL | buffalonews.com
Through two weeks, Allen has hit seven of nine deep passes for 211 yards and a touchdown. That’s on passes that travel 20 or more yards beyond the line of scrimmage.

Bills’ Josh Allen is NFL’s top passer through 2 games: ’There’s no moment too big for him’ – newyorkupstate.com
Allen’s teammates laughed with excitement when learning his gaudy numbers (417 yards, 4 TDs) vs. Dolphins.

‘The difference is Josh Allen is a freak show’: Meet bizarro Ryan Fitzpatrick – The Athletic
Lee Smith and Eric Wood, who played with both in Buffalo, know neither plays the game like a quarterback (Subscription required).

Final thoughts: 10 things we learned from the Bills’ win over the Dolphins – The Athletic
While Josh Allen has appeared to unlock the deep passing game, the Bills’ defense has a few question marks left to address. (Subscription required).

Position grades: Fitzmagic handled Bills’ blitzes well | Buffalo Bills News | NFL | buffalonews.com
Here’s a position-by-position grading of the Bills’ game, based on video review and on a scale of 0 to 5.

Bills ‘finally found next Jim Kelly and Thurman Thomas’ (Week 3 power rankings) – newyorkupstate.com
The Bills are as high as No. 3 in this week’s power rankings.

Bills Today | Buffalo climbs up to this spot in Yahoo’s power rankings – BuffaloBills.com
Here are three things to know about the Bills for Wednesday, Sept. 23.

Tyrel Dodson draws praise after stepping in for Tremaine Edmunds as Bills’ middle linebacker | Buffalo Bills News | NFL | buffalonews.com
“Tremaine was very important to me,” Dodson said Sunday after playing 74 of 75 defensive snaps in the Bills’ 31-28 win over the Miami Dolphins.

Bills bring in two familiar faces for visits, release Croom | Buffalo Bills News | NFL | buffalonews.com
Their inclusion could be part of the testing process, should the Bills need to make a move.

Top 7 storylines fans need to know for Bills vs. Rams | Week 3 – BuffaloBills.com
First game out of conference, key match-ups, the battle of the Seans and more in this week’s top storylines.

Column: Thurman Thomas humbled to be first in Oklahoma State Ring of Honor | Buffalo Bills News | NFL | buffalonews.com
Thurman Thomas was stunned to learn from an Oklahoma reporter that, until this year, Oklahoma State’s football program had been the only one in the Big 12 Conference without a ring of honor.

Bills officials gather information in Miami about potential return of fans | Buffalo Bills News | NFL | buffalonews.com
An announcement regarding fan attendance has not been made for the Oct. 15 home game against the Kansas City Chiefs game or any games thereafter, but fans would not be allowed under current state restrictions.

Buffalo Bills Hot Take Tuesday: Dawson Knox needs to become a bigger factor in offense – Buffalo Rumblings
Following a great game, we address a position clearly on the minds of many Bills Mafia.

Win probability vs Fan Experience: Buffalo Bills at Miami Dolphins – Buffalo Rumblings
The roller coaster is always more fun when it ends the way you want.

Isaiah McKenzie and the case of the “Illegal Blindside Block” – Buffalo Rumblings
Here we go again.