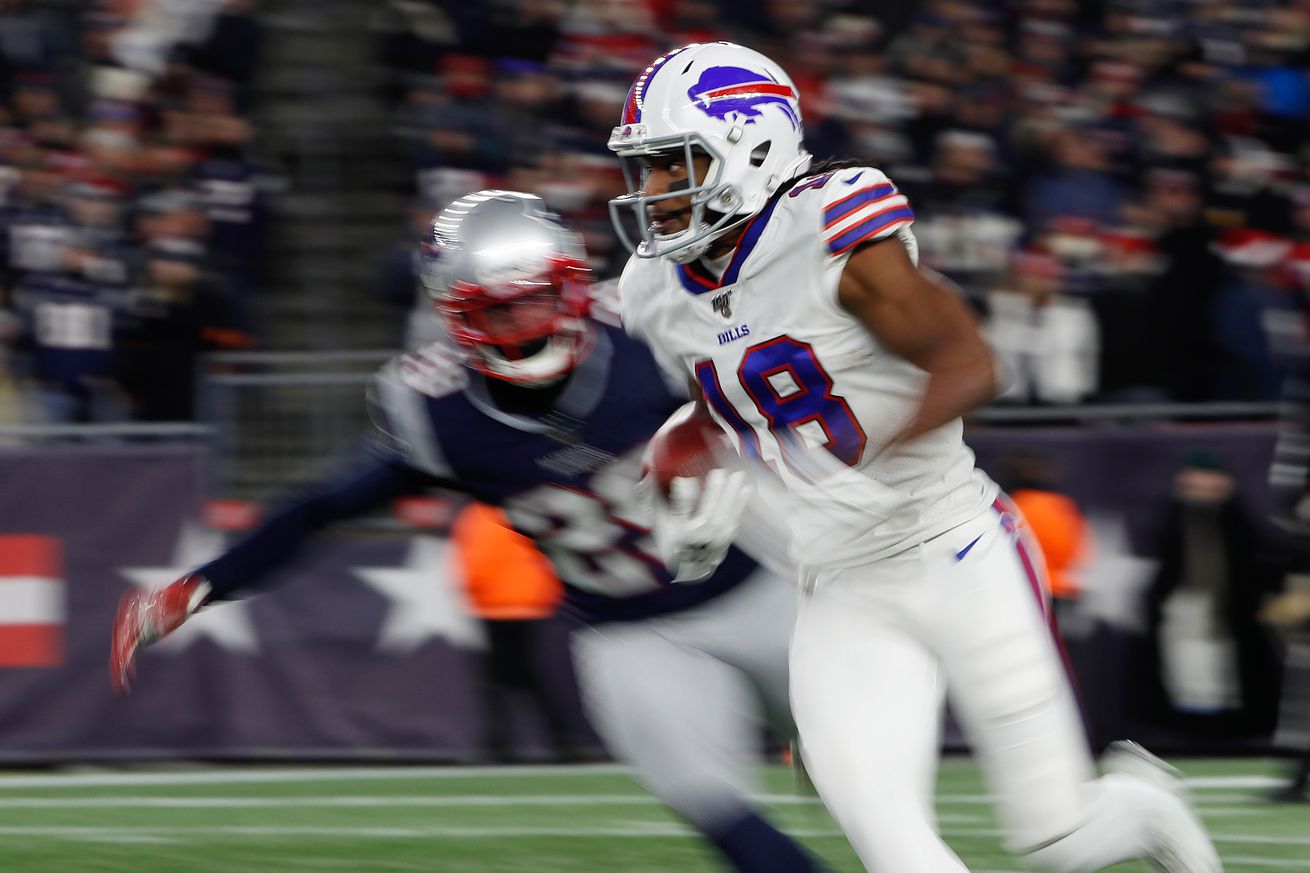 Plus, the Bills got a little bit healthier during Tuesday’s practice

In today’s edition of the Buffalo Bills daily links, we continue breaking down the latest 53-man roster projections leading up to Saturday’s roster deadline. We explore why veterans like guard Brian Winters, defensive end Trent Murphy, and wide receiver/return man Andre Roberts could be surprise cuts, make the case for keeping nine or ten offensive linemen, explore who will be left out on the Bills’ talented defensive line, and more.

We also discuss how the Bills got healthier with several key players returning to the practice field on Tuesday. We watch highlights of wide receiver Stefon Diggs and All-Pro cornerback Tre’Davious White matching up in practice, hear how offensive lineman Cody Ford is giving back to his hometown in Louisiana following the devastation of Hurricane Laura, offer up predictions for how the Bills will fare in 2020, hear about a change in the Bills broadcast booth, and more.

Fairburn: Projecting the Bills’ final 53-man roster before cutdown day – The Athletic
With just a few practices remaining before the Sept. 5 cutdown deadline, opportunities to make an impression are dwindling. (Subscription required).

Bills get several key players back at practice on Tuesday – WGR 550
One day after getting wide receiver Stefon Diggs back at practice, the Bills saw a few other players return to the field after missing at least one session.

Bills’ Cody Ford gives back to his Louisiana hometown hit hard by Hurricane Laura | Buffalo Bills News | NFL | buffalonews.com
With help from the Bills, Ford connected with Eight Days of Hope, a Mississippi-based charity founded by a Buffalo native.

Dawson Knox: “We’ve Got Every Piece We Need” – BuffaloBills.com
Bills tight end Dawson Knox discusses how Josh Allen has improved since last season, how the team will adjust to playing games under the unique circumstances of COVID-19, how wide receiver Stefon Diggs opens up the offense, and more.

Steve Tasker set to replace Eric Wood on the radio call of Buffalo Bills games, per report – Buffalo Rumblings
Play-by-play man John Murphy and analyst Steve Tasker will call all the games from the radio booth at Bills Stadium.