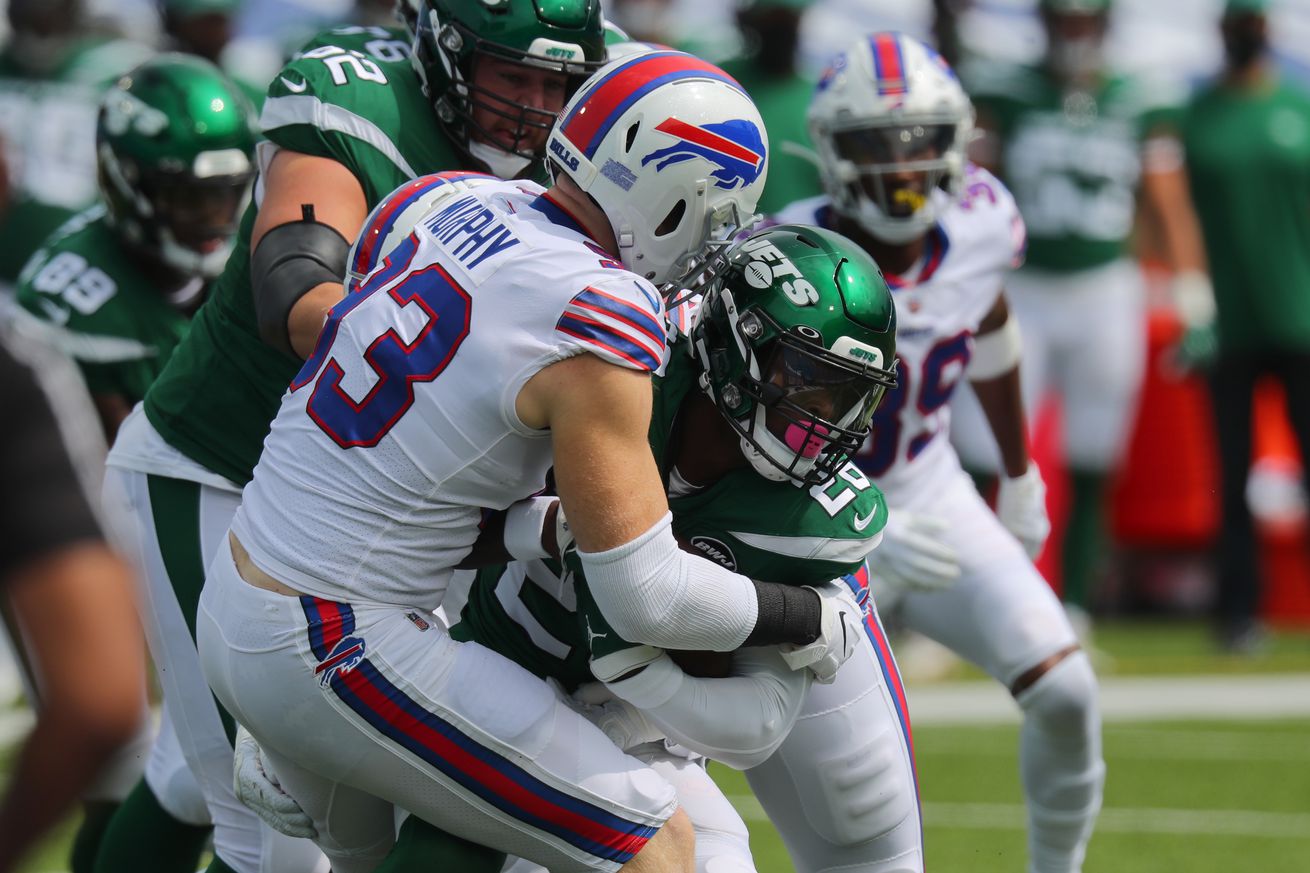 Plus, where Buffalo’s roster ranks among the youngest in the NFL

In today’s edition of the Buffalo Bills daily links, we recap the ten biggest takeaways from Sunday’s 27-17 win over the New York Jets in the season opener. Among the biggest takeaways: Buffalo’s offensive line was among the best pass-blocking units in the league, wide receivers John Brown and Stefon Diggs were quarterback Josh Allen’s favorite targets, offensive coordinator Brian Daboll dialed up plenty of pre-snap motion, and Trent Murphy continued to produce along the defensive line.

We check to see where the Bills landed nationally in the NFL power rankings following Week 1, explore where Buffalo ranks in terms of the collective age of its roster this season, discuss why Allen and Daboll are garnering national praise for the offensive performance vs. the Jets, preview why Bills fans should expect to see more of Allen running on zone-read plays in Week 2 vs. the Miami Dolphins, hear a warning for Bills Mafia members looking to travel to South Beach to cheer on the Bills vs. the Dolphins, and watch an amazing video of a Bills fan one-upping his neighbor when it comes to team pride.

Bills rewind: 10 things we learned from the Week 1 win over the Jets – The Athletic
Buffalo’s offensive line was among the best pass-blocking units in the league, while many other individuals also stood out. (Subscription required).

Bills, Josh Allen vault as high as No. 4 in power rankings after Week 1 win – newyorkupstate.com
The Bills’ lopsided victory has the attention of NFL analysts.

Column: Josh Allen will give Dolphins another dose of fleet QB feet | Buffalo Bills News | NFL | buffalonews.com
Allen had 14 runs, many on zone-read plays, for 57 yards and a TD in the Bills’ season-opening 27-17 victory against the New York Jets.

Chopping Wood: Allen Soars over the Jets in Week 1 – BuffaloBills.com
Steve Tasker and former Bills C Eric Wood break down the film of Bills QB Josh Allen, who started his 2020 season with career highs in passing yards, completions and attempts in a win over the Jets.

Marv Levy: ‘My father could have been one of those ‘suckers’ and ‘losers’ ‘ | Buffalo Bills News | NFL | buffalonews.com
You don’t often hear an inflection of anger in Levy’s diction, but this is different. This is personal—and he spits out “suckers and losers” with particular pique.

Watch now: When neighbor puts up Jets flag, Bills fan paints his own house in team colors | Buffalo Bills News | NFL | buffalonews.com
The video was posted on CNN and shared by Barstool Sports and had more than 300,000 views by late Monday night.

Buffalo Bills on the rise in most Week 2 NFL power rankings – Buffalo Rumblings
I can’t believe I need the qualifier in that statement.