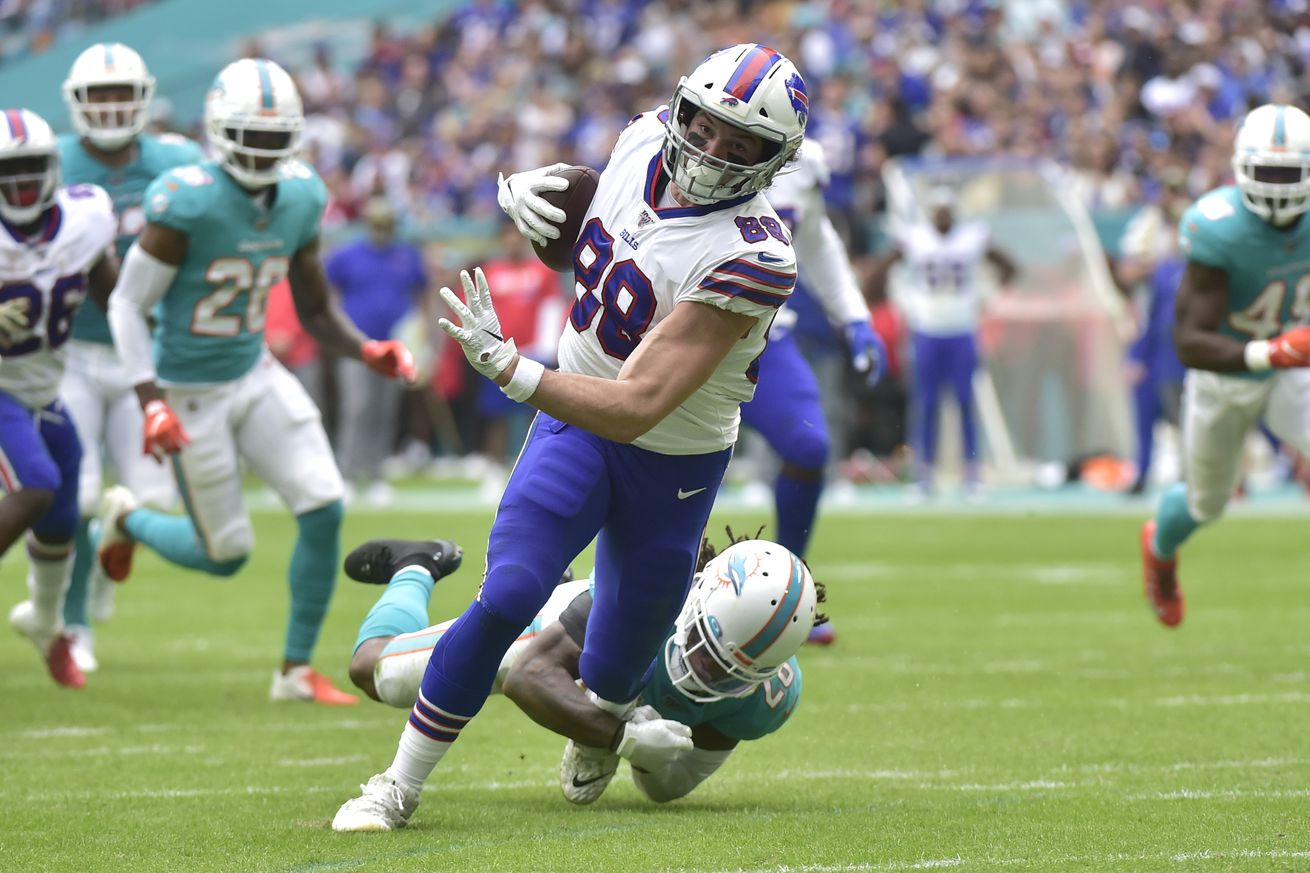 Plus, why now is the time to extend GM Brandon Beane and head coach Sean McDermott

In today’s edition of the Buffalo Bills daily links, we hear from second-year tight end Dawson Knox, who is “ready to make a big leap” forward with his play and is intent on becoming both a better blocker and a more consistent receiver entering 2020. We also learn how Buffalo starting quarterback Josh Allen and San Francisco 49ers All-Pro tight end George Kittle helped Knox grow and develop during the offseason.

We assess why the time is right for Buffalo’s ownership to extend general manager Brandon Beane and head coach Sean McDermott, hear how linebacker Matt Milano isn’t sweating the status of his contract extension and why he “wouldn’t want to be anywhere else” long-term, address how All-Pro cornerback Tre’Davious White and talented wide receiver Stefon Diggs can make each other better, break down the impact Diggs will have on the offense, and much more!

Dawson Knox: “Ready to Make a Big Leap” -BuffaloBills.com
TE Dawson Knox discusses bringing more consistency into his game, what he’s learned from Stefon Diggs, the importance of the offense getting together during the offseason, and why he wants to become a better blocker.

Bills fans’ guide to contract extensions: Now is the time for the current regime – The Athletic
For the first time since the last of its Super Bowl architects moved on decades ago, Buffalo has a coach-GM combination fans want to keep. (Subscription required).

LB Matt Milano hoping to stay with the Buffalo Bills – Democrat & Chronicle
The linebacker is not sweating the status of his contract extension, says he “wouldn’t want to be anywhere else.”

Bills’ Matt Milano not concerned with contract extension, but wants to stay in Buffalo | Buffalo Bills News | NFL | buffalonews.com
Milano is entering the final year of his rookie contract and rates among the Bills’ top candidates in line to receive an extension.

Sabres and Bills legends face unexpected end to paid ambassador roles – The Athletic
Thurman Thomas, Darryl Talley and Gilbert Perreault were among the former Bills and Sabres to find out that his personal services contract with the team would not be renewed. (Subscription required).

Matt Milano wants to stay with Buffalo Bills, not sweating contract extension – Buffalo Rumblings
Linebacker Matt Milano is set to become a free agent after the 2020 season. His high level of play, particularly in coverage, has likely earned him a large contract in Buffalo and Milano told the media he wants to stay with the Bills.

Buffalo Bills QB Jake Fromm on racist text messages: “That’s not who I am” – Buffalo Rumblings
Text messages surfaced from Jake Fromm to an acquaintance that contained several hot button issues. Guns and gun control, racist labeling, and elitist thinking were among the topics covered.

The Buff Hub: Why Josh Allen will not stay average in 2020 – Buffalo Rumblings
Steve likes Allen’s chances to take another step forward in 2020.