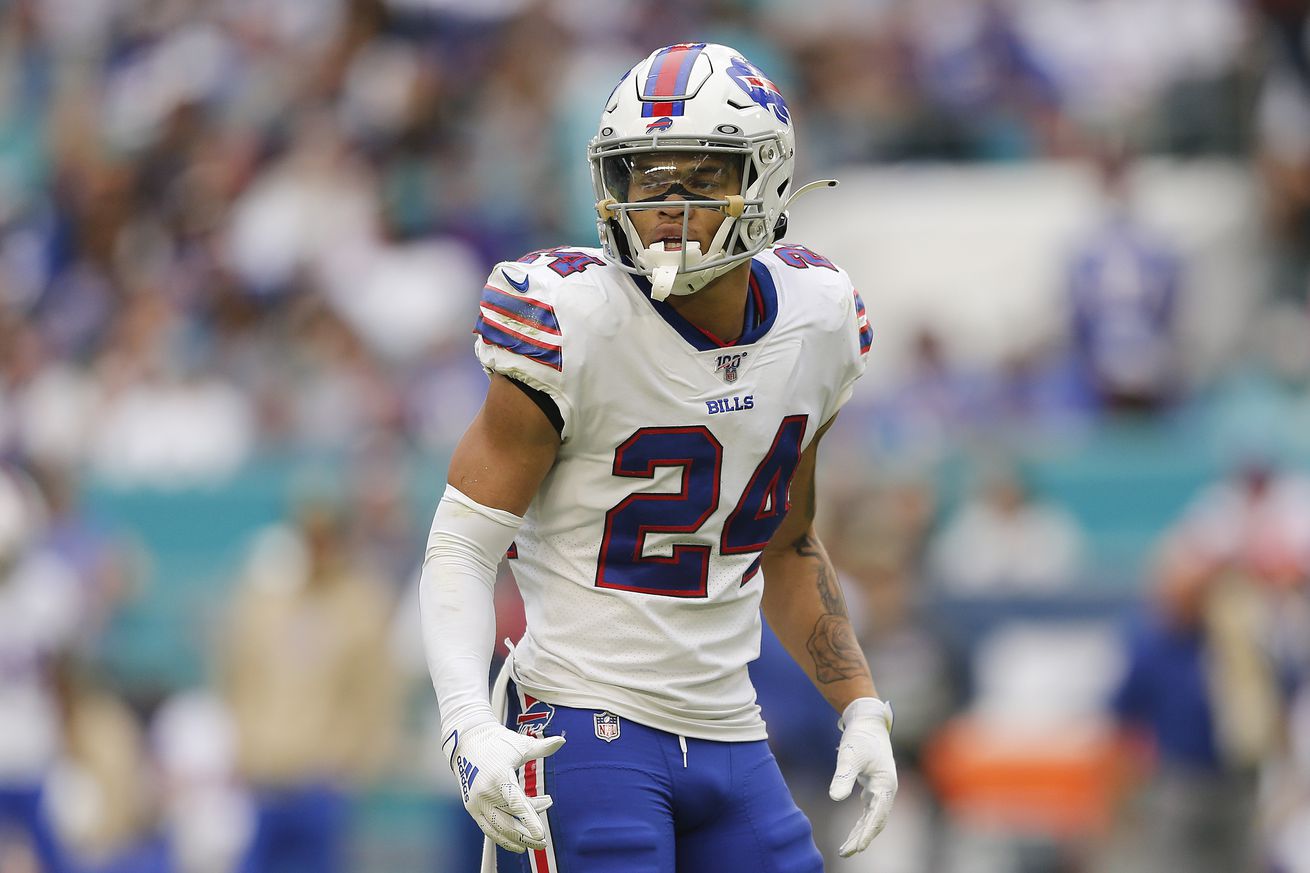 Plus, how Buffalo’s release of Stephen Hauschka and extension for Dion Dawkins will affect 2021 salary cap

Following the team’s most meaningful get-together during the 2020 training camp, Thursday’s intra-squad scrimmage, today’s edition of the Buffalo Bills daily links highlights the members of the defense who have stood out so far at camp.

This group is led by defensive end Mario Addison, defensive tackle Quinton Jefferson, and cornerbacks Levi Wallace and Taron Johnson. We also break down the game of Johnson, a nickle corner who has been plagued with injuries during his first two seasons with Buffalo but feels ready to embrace a larger role in the secondary in 2020. We get to know new cornerback Brian Allen, hear how quarterback Josh Allen has made a big impression on defensive coordinator/assistant head coach Leslie Frazier, hear why offensive coordinator Brian Daboll’s “confidence in Josh Allen will never waver,” analyze why left tackle Dion Dawkins is among the most underrated players in the league, and much more!

Taron Johnson’s ‘dog’ mentality gives Bills’ secondary some bite | Buffalo Bills News | NFL | buffalonews.com
The Buffalo Bills’ nickel cornerback is listed at 5’11” and 192 lbs—perhaps a bit generous on both counts—but isn’t afraid to stick his nose in to make a tackle.

With an eye to 2021, what Hauschka cut, Dawkins deal mean for Bills | Buffalo Bills News | NFL | buffalonews.com
The 2021 salary cap is a concern for NFL teams because it might be as low as $175 million.

Brian Allen: 6 things to know about Buffalo Bills’ new CB – newyorkupstate.com
Allen was signed by the Bills on Friday.

Brian Daboll expresses confidence in Josh Allen – Democrat & Chronicle
“The confidence that I have in Josh will never waver,” Daboll said on Friday in his strongest declaration of faith in Buffalo’s starting QB.

NFL execs pick the most underrated players for 2020 – Cooper Kupp, Jonnu Smith, Dion Dawkins – ESPN.com
We know all about the superstars who top the rankings lists. But who are the under-the-radar players opposing coaches and evaluators can’t stop mentioning?

Leslie Frazier: “Can’t Ignore What’s Going On” – BuffaloBills.com
Bills assistant head coach and defensive coordinator Leslie Frazier discusses how the team has responded to racial injustice in the U.S., what development he’s seen from QB Josh Allen, how to fill the void left by Lorenzo Alexander, and more.

Jerry Hughes | Time to become a voice for equality – BuffaloBills.com
Defensive end Jerry Hughes shares his thoughts on how the Bills can use their platform to make change in the fight against racial injustice in America.

Brian Daboll: “We are Building” – BuffaloBills.com
Offensive coordinator Brian Daboll discusses the development of QB Josh Allen, the work being done in training camp, and the progress of rookie wide receivers Gabriel Davis and Isaiah Hodgins.

Former Bills cornerback Ike Brown explains his decision to retire | Buffalo Bills News | NFL | buffalonews.com
“In the midst of everything I love the game but doing it so long to a point I feel out of love with actually playing it,” Brown wrote on Twitter.

The 2020 Football Outsiders Almanac has some things to say about the Buffalo Bills – Buffalo Rumblings
…but what things do they say exactly?

General manager Brandon Beane on Buffalo Bills’ next re-signings: “We want them here” – Buffalo Rumblings
When discussing the next anticipated wave of re-signings, the Bills GM indicated that he wants to keep players but that the new cap floor makes it difficult.

Analytics: Is Tyler Bass the right choice at kicker for the Buffalo Bills? – Buffalo Rumblings
A way, way too deep dive into data to see if Bass was the way to go…