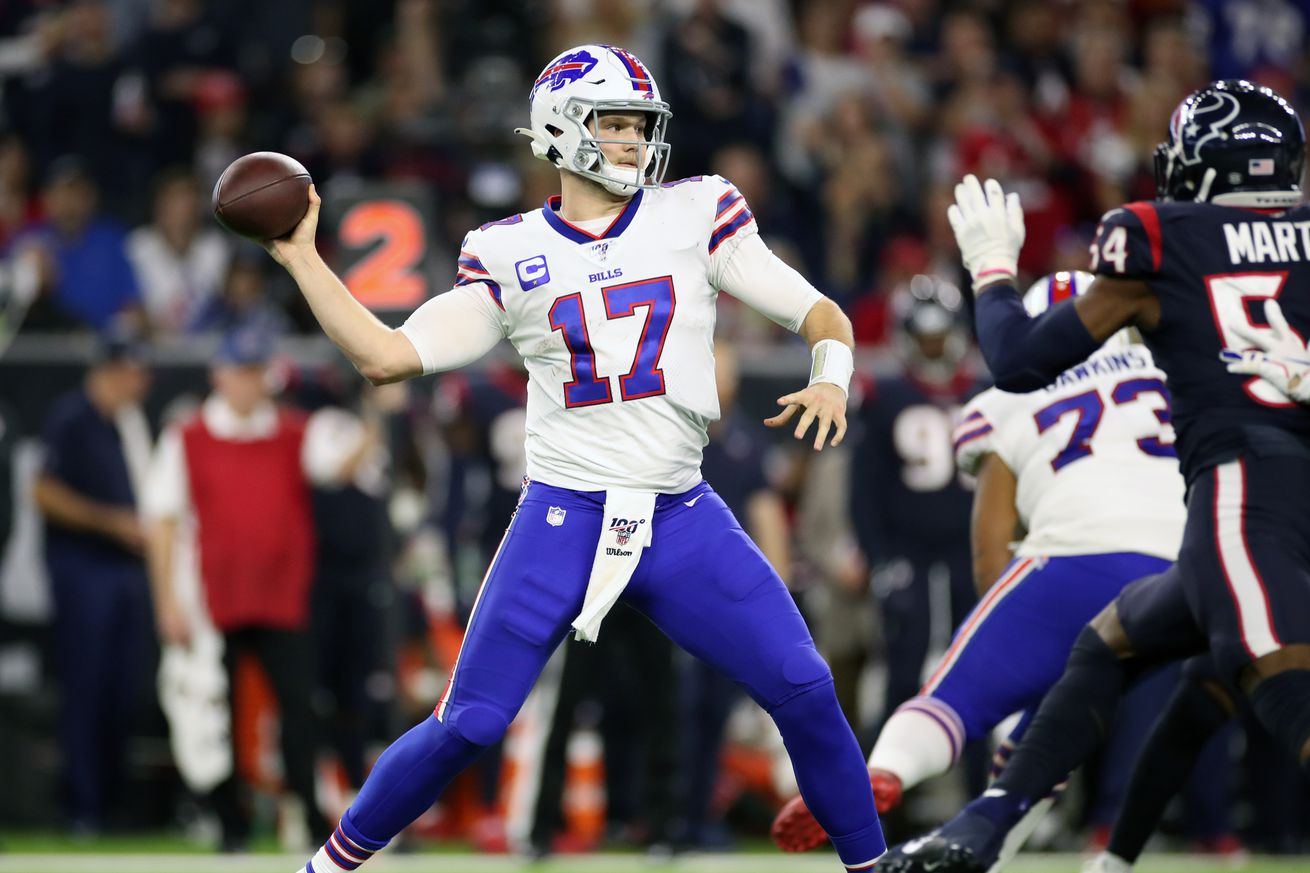 The Buffalo Bills completed their eighth day of training camp at the team’s facilities in Orchard Park, NY, and in today’s edition of the Bills daily links, we break down how quarterback Josh Allen and wide receiver Stefon Diggs gave fans a glimpse of their developing connection during Tuesday’s practice session. Diggs enjoyed an impressive day on the field while showcasing the skills that have made him a top-flight wide receiver.

Speaking of wide receivers who are clicking with Allen, we discuss how rookie wideout Gabriel Davis continues to impress during his first training camp. We also spotlight how many of the offensive linemen—including Dion Dawkins, Ryan Bates and Brian Winters—put on a show against Buffalo’s pass rushers Tuesday. We identify three Bills who are on the rise and four who have seen their stock fall through the first week of training camp, hear how running back Devin Singletary plans to build on his impressive rookie campaign, discuss the news that the Bills won’t allow fans at their first two home games, speculate on whether the team should trade for Jacksonville Jaguars’ talented pass rusher Yannick Ngakoue, and much more!

Bills training camp 2020: Stefon Diggs frustrates defense, turns in big day (Day 8 observations) – newyorkupstate.com
There was a lot of action, including a fight, during Tuesday’s practice. Matt Parrino has a bunch of takeaways.

Bills camp observations: Offensive line holds its own and gets feisty | Buffalo Bills News | NFL | buffalonews.com
The offensive line got the better of the battle by a slight margin in the one-on-one session with the defensive line.

Bills stock report: Who’s rising and who’s falling? – The Athletic
After seven days of training camp, we have a better idea of who’s surprising, who’s disappointing and who’s likely to make the roster. (Subscription required).

Devin Singletary looking to make big jump in 2020 – Democrat & Chronicle
Rookie RB Zack Moss will be a nice addition, but Devin Singletary is still the Bills’ No. 1 threat at the position.

Bills leave door open for possible fans in attendance starting in October – newyorkupstate.com
The Bills announced that no fans would be able to attend their first two home games against the New York Jets and Los Angeles Rams.

Bills will not allow fans to attend first two home games in September | Buffalo Bills News | NFL | buffalonews.com
The decision affects the regular-season opener against the Jets on Sept. 13 and a Week 3 game against the Rams on Sept. 27 at Bills Stadium.

Bills will not have fans for the first two home games in 2020 – BuffaloBills.com
The first two games of the Bills’ 2020 season will be played without fans in Bills Stadium.

Best NFL trade fits for Yannick Ngakoue – Are the Bills among the teams interested? – ESPN.com
The 25-year-old pass rusher wants out of Jacksonville. Here are the teams that could give the Jags what they want.

Bills Today | Gabriel Davis looks up to this NFL receiving legend – BuffaloBills.com
Here are three things to know about the Bills for Wednesday, August 26.

Bills bring in three cornerbacks for tryouts | Buffalo Bills News | NFL | buffalonews.com
With Ike Brown being placed on the reserve/retired list, the Bills worked out three young cornerbacks Tuesday, according to the NFL’s daily tryout list.

Gabriel Davis is the media darling of 2020 Buffalo Bills training camp – Buffalo Rumblings
The rookie is making an impact.

Billieve: Bills as the Hunted and Expectations for Zack Moss – Buffalo Rumblings
How will Buffalo handle the pressure of being legit AFC title contenders? What role will Zack Moss play?

AFC East Roundup: Training camp notes – Buffalo Rumblings
How are the teams enjoying being back together?