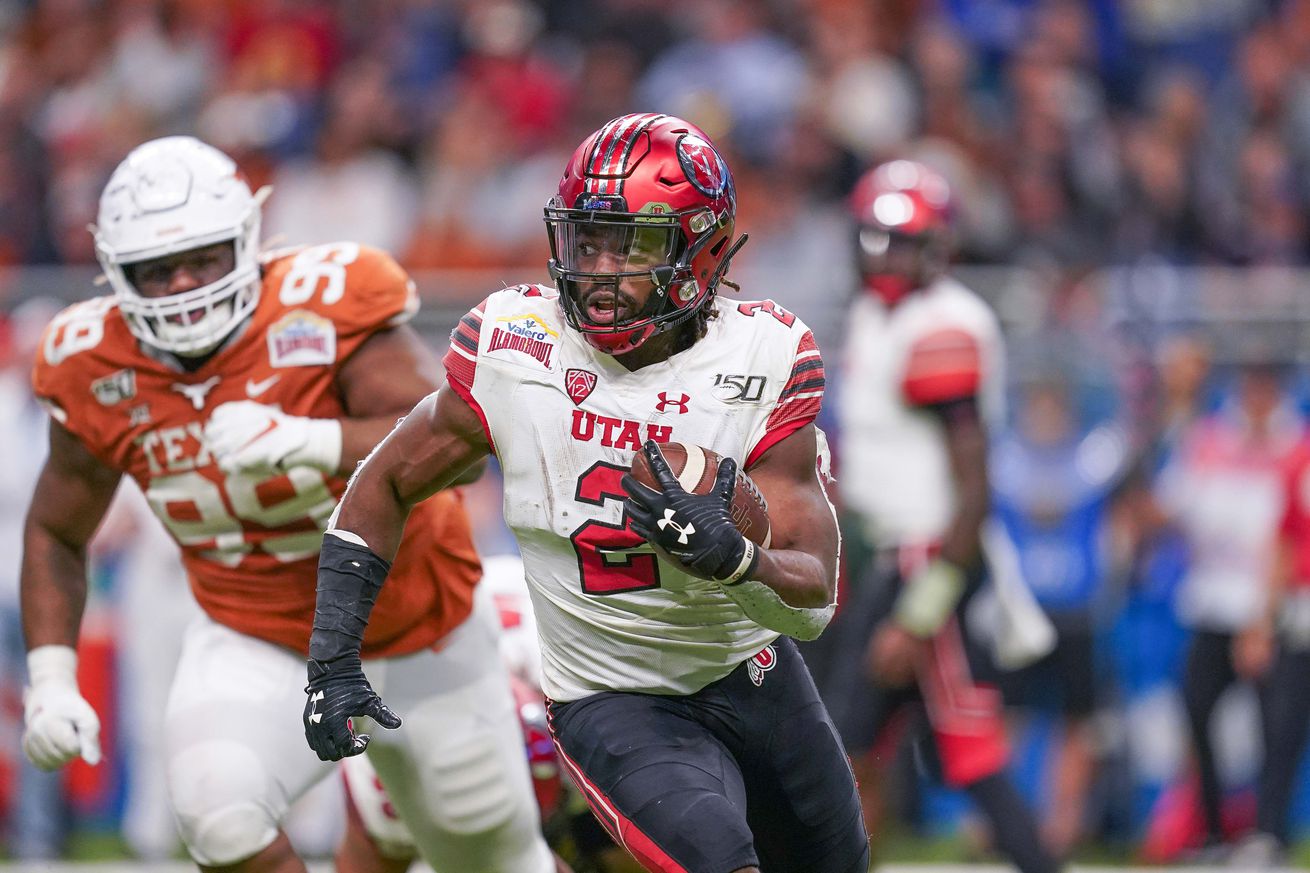 Plus, how the competition to earn a spot at wide receiver is shaking out.

In today’s edition of the Buffalo Bills daily links, we learn how rookie running back Zack Moss is making a good first impression at training camp, and how his girlfriend played a pivotal role in helping Moss learn the playbook.

Rookie running back Zack Moss ready to help run game – Democrat & Chronicle
The talented third-round pick out of Utah has picked up the playbook and is making an impression at training camp, and he credits his girlfriend with getting him prepared.

Bills Mailbag: What should we expect from Zack Moss as a rookie? | Buffalo Bills News | NFL | buffalonews.com
Among the questions answered: What role will Zack Moss play on the offense? Should the Bills add another pass rusher? How improved does Josh Allen look so far?

Inside the Bills: After a week of practices, a 53-man roster projection | Buffalo Bills News | NFL | buffalonews.com
There will be hard discussions when it comes time to set the team’s 53-man roster. Particularly with wide receiver and along the defensive line, NFL-caliber players won’t make the team’s final roster.

Quinton Jefferson happy to be in thick of the action on Bills’ defensive line | Buffalo Bills News | NFL | buffalonews.com
Quinton Jefferson does not shy away from run-stuffing duties, despite the fact he’s an undersized defensive tackle.

Bills’ Mario Addison on chance to add former teammate Cam Newton to career sack list: ‘Hell yeah!’ – newyorkupstate.com
Addison finally can hit Newton, who he played with while both were Carolina Panthers, when the Bills face the New England Patriots twice this season.

Bills’ Levi Wallace, team chaplain forever changed by justice memorial – ESPN.com’s Buffalo Bills blog
The Buffalo cornerback said the trip to Montgomery, AL with Len Vanden Bos was “powerful” and left him eager to help educate others about the experience.

Buffalo Bills Training Camp Injury Recap, Week 1 – Buffalo Rumblings
Are there any concerns prior to the start of the regular season?

What quality of offense will the 2020 Buffalo Bills face? – Buffalo Rumblings
Looking ahead at what the defense will be up against in 2020.

The Bruce Exclusive: The case for Andre Roberts – Buffalo Rumblings
Keep him.

Ed Oliver back but still limited on Friday – Buffalo Rumblings
The hip is starting to feel better it seems.