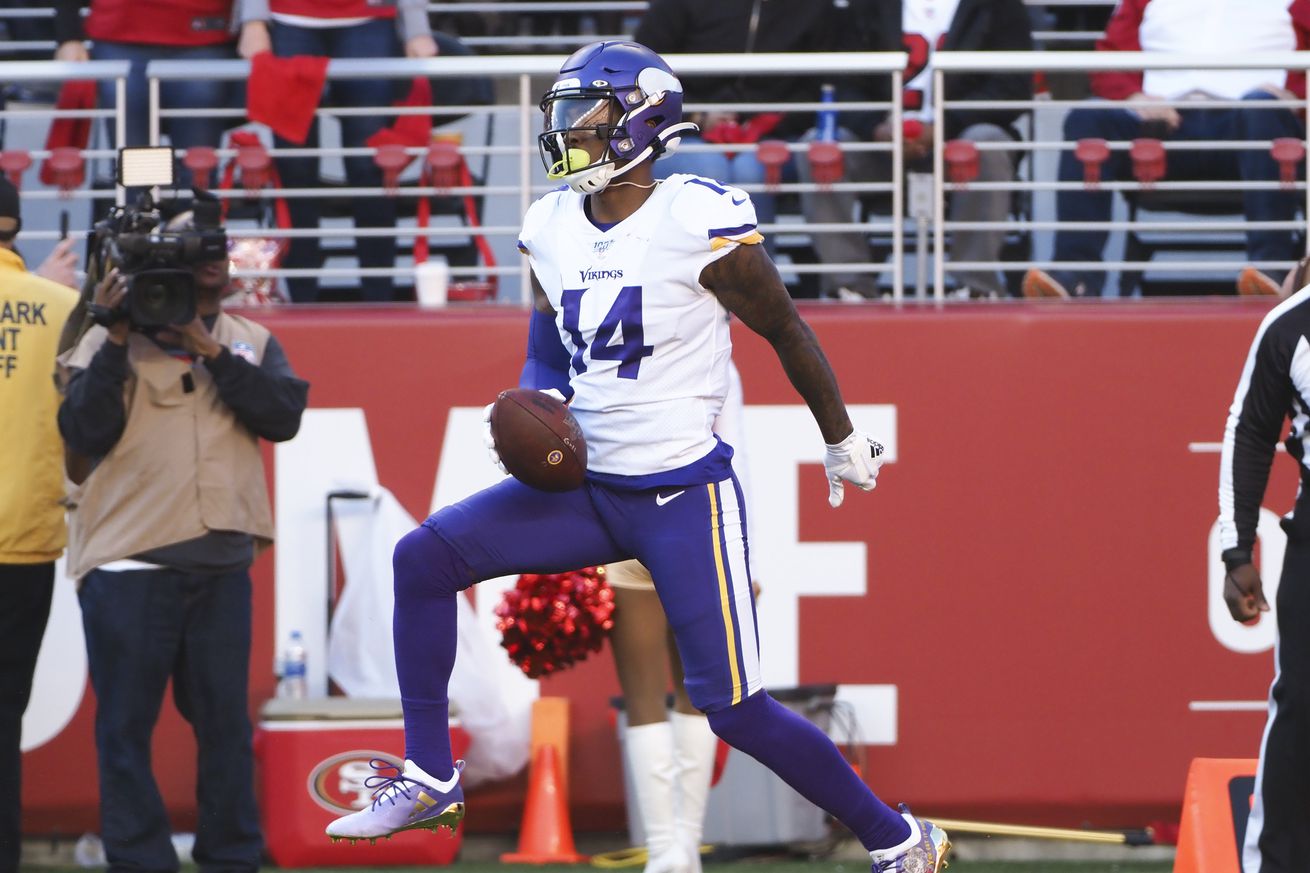 Plus, where will rookie A.J. Epenesa line up on the defensive line?

In today’s edition of the Buffalo Bills daily links, we analyze the latest news from training camp, sharing observations on how wide receiver Stefon Diggs is making an instant impact on Buffalo’s defense, how defensive tackle Ed Oliver’s rehab from a sore hip is progressing, how offensive lineman Daryl Williams is making a positive impression in the early going of training camp and more.

We hear from head coach Sean McDermott on how the pressure is on quarterback Josh Allen to further his development entering year three as Buffalo’s starter, break down where rookie defensive end A.J. Epenesa will line up along the defensive line, provide an update on the punting competition, share best- and worst-case scenarios for the Bills in 2020, discover why one national publication is predicting Buffalo to win the AFC East, and much more!

Bills practice without pads Wednesday: Notes from the day & injury update – newyorkupstate.com
Quinton Jefferson was added to the injury report on Wednesday with foot soreness.

Rookie A.J. Epenesa is tasked with learn all four positions along the defensive line – BuffaloBills.com
After two padded practices, Epenesa explains how he’s learning the defense and what he thinks about life in the NFL.

Rookie A.J. Epenesa learning from Buffalo Bills veterans – Democrat & Chronicle
Buffalo’s second-round draft pick is picking up pointers from veterans as he makes the leap to the NFL.

Buffalo Bills sign P Lachlan Edwards, release Kaare Vedvik – newyorkupstate.com
Corey Bojorquez edged out one punter, but will have to beat out the Bills’ newest addition as well.

Ceilings and floors for all 32 NFL teams in 2020, and how they get there – ESPN.com
What is the best- and worst-case scenario for the Buffalo Bills and every other team this season?

Taron Johnson: “There’s a lot we can do with the Talent that we have” – BuffaloBills.com
Johnson discusses coming back from injuries and his development on the field, learning from veterans like Josh Norman, the chemistry among the defensive backs and their goals for 2020.

Billy Buffalo sidelined as NFL bans mascots from field | Buffalo Bills News | NFL | buffalonews.com
The NFL Network reported Wednesday that mascots and cheerleaders will not be allowed on the field during the 2020 season.

Who early NFL mock drafts have the Bills selecting in 2021 | Buffalo Bills News | NFL | buffalonews.com
With NFL training camps heating up, and the college football season in limbo, mock drafts for 2021 are continuing to sprout.

BBR: Zack Moss has plenty of upside for the Buffalo Bills – Buffalo Rumblings
The rookie running back can make an immediate impact for the Bills.

91 players in 91 days: Defensive tackle Tanzel Smart – Buffalo Rumblings
The second of Buffalo’s newest players has been a rotational player throughout his professional career.