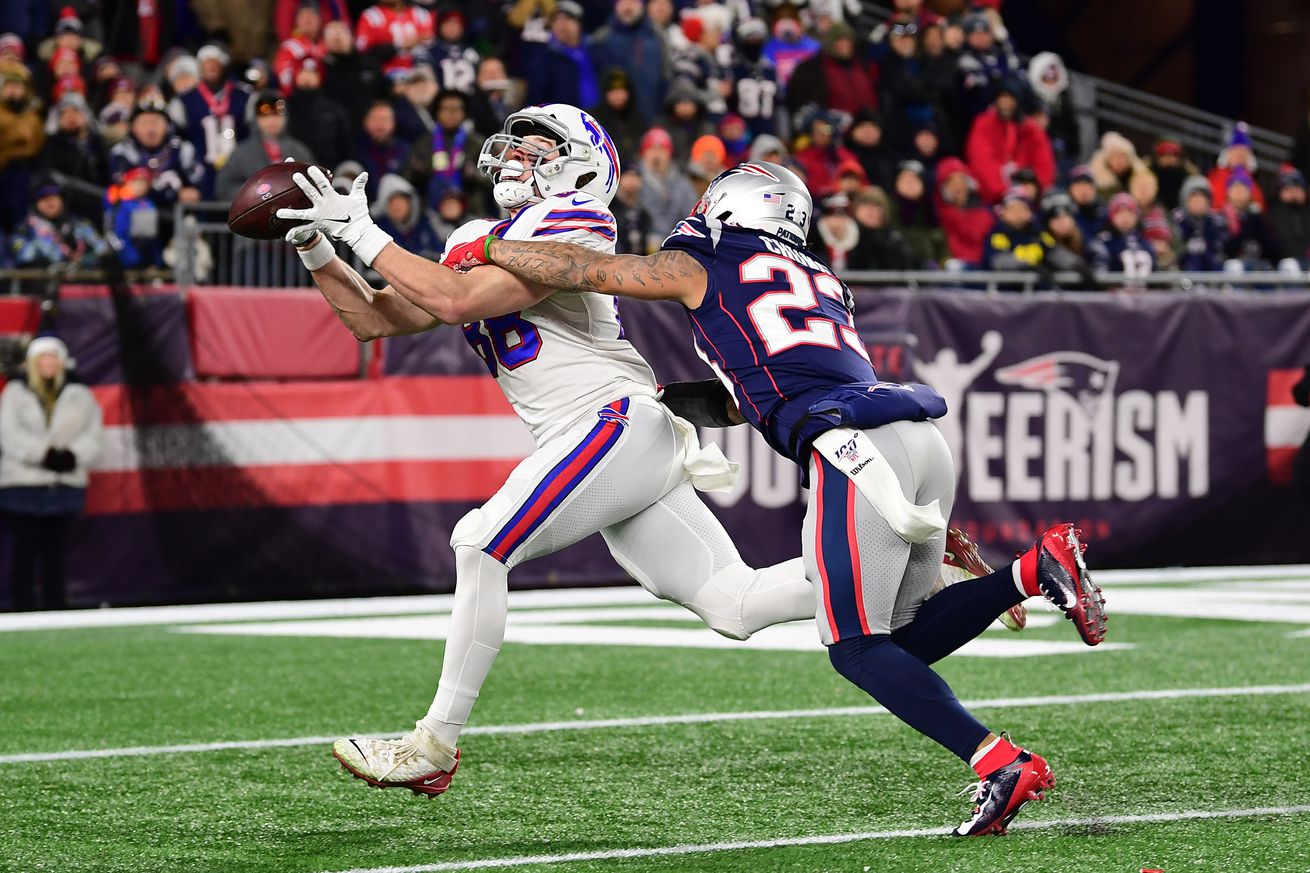 Plus, where does Buffalo’s offensive line rank among the 32 NFL teams?

In today’s edition of the Buffalo Bills daily links, we do a deep dive into tight end Dawson Knox, who is entering his second season as the team’s starting tight end after putting forth a promising rookie season. We also explore what quarterback Matt Barkley brings to the table as Josh Allen’s backup, discuss the state of the team’s quarterback position, break down where the Bills’ offensive line ranks among the 32 NFL teams, examine how and why Cody Ford can improve upon his rookie performance, predict how offensive coordinator Brian Daboll will incorporate wide receiver Stefon Diggs into the offense, vote on Buffalo’s punt returner of the 2010s, and much more!

Camp Countdown 2020 | What should be expected from Dawson Knox at tight end? – BuffaloBills.com
In the fourth article of the team’s Camp Countdown series, they take a look at why Dawson Knox’s game has a chance to develop in year two.

Backup QB Matt Barkley provides security at right price | Sports | buffalonews.com
Matt Barkley has rarely had the chance to stay very long in one place during an eight-year NFL career with six teams.

Beyond Josh Allen’s drama, little drama to see at QB for the Bills | Bills | buffalonews.com
Training camp will provide the first real chance to see what Josh Allen looks like since the last time he threw a meaningful pass.

Bills’ offensive line ranked 18th in NFL by Pro Football Focus | Sports | buffalonews.com
The highest-graded player on the line is left tackle Dion Dawkins, who is entering the fourth and final season of his rookie contract.

Camp Countdown 2020 | 3 reasons why Cody Ford can take a step forward in 2020 – BuffaloBills.com
In the second article of the team’s Camp Countdown series, they take a look at how right tackle Cody Ford has developed in his second season.

Pegula: Time off for Sabres allowed them to change course | WGR 550 SportsRadio
Buffalo Sabres President and co-owner Kim Pegula wrote about the team’s offseason decisions in a column for Peter King’s “Football Morning in America” on Monday.

Coming This Fall: Stefon Diggs – BuffaloBills.com
Stefon Diggs brings his playmaking ability to Buffalo after a blockbuster trade with the Minnesota Vikings.

A huge target share should be in line for Diggs in 2020 | WGR 550 SportsRadio
Can the Buffalo Bills get Stefon Diggs near the top of the NFL in targets in 2020?

Camp Countdown 2020 | Who will be the team’s punter? – BuffaloBills.com
In the third article of the team’s Camp Countdown series, Chris Brown takes a look at Buffalo’s punting competition heading into training camp.

Predicting which Bills could be first team all-pros in the future – Buffalo Rumblings
Which Buffalo Bills are destined for star status?

91 Buffalo Bills scouting reports in 91 days: Kicker Stephen Hauschka – Buffalo Rumblings
The veteran finished strong in an uneven season, but is his time in a Bills uniform over?

91 Buffalo Bills scouting reports in 91 days: Offensive lineman Evan Boehm – Buffalo Rumblings
The Bills’ latest versatile offensive lineman could be an interior reserve, and he could be trade bait.