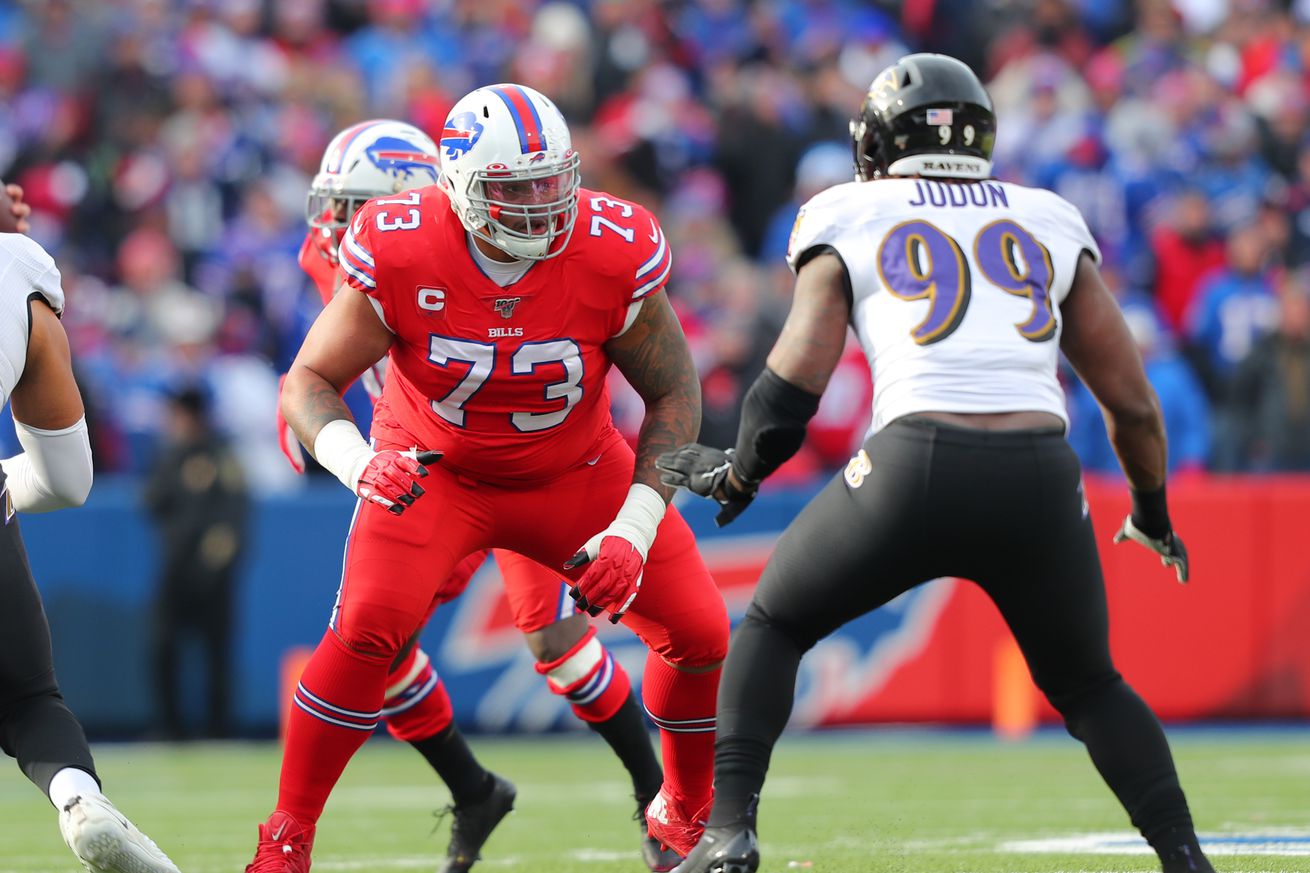 Plus, left tackle Dion Dawkins is entering a pivotal season searching for consistency

We hope you enjoyed a safe and happy July 4th holiday! In today’s edition of the Buffalo Bills daily links, we explore the talent along the offensive line, including starting left tackle Dion Dawkins, who, entering his fourth season in the league is looking to build upon a successful 2019 season. We also take a look at how head coach Sean McDermott is preparing his team for a most unusual training camp during the COVID-19 pandemic, explore what quarterback Josh Allen needs to do to become a more accurate deep-ball thrower, relive the 1991 season when Jim Kelly, Thurman Thomas, Andre Reed and co. made the K-Gun no-huddle offense an efficient weapon, vote on Buffalo’s punter and kick returner of the 2010s, and much more!

Training camp preview: Bills have loads of experience on offensive line | Bills | buffalonews.com
The Buffalo Bills like backing themselves up on the offensive line. A year after investing in six unrestricted free agents, the Bills brought in two more veteran free agents this offseason.

Dion Dawkins enters critical fourth Bills season with eyes on the prize | Bills | buffalonews.com
Can the 26-year-old tackle put together back-to-back good seasons? A lot of money is riding on that question.

Inside the Bills: How Sean McDermott is preparing for a training camp unlike any other | Sports | buffalonews.com
In a normal NFL offseason, players and coaches are enjoying some down time right now. But this offseason has been anything but normal or usual.

If NFL season started today, no fans allowed at Bills games | Sports | buffalonews.com
If the Buffalo Bills played today, fans would not be allowed at New Era Field, according to state guidelines for the reopening of professional sports issued Wednesday.

Josh Allen and the deep ball: A roundtable with 5 quarterback experts – The Athletic
“I promise you I can fix it in five minutes because he hasn’t been taught how to do it right,” said one former QB about Allen.

Allen needs to fix the deep ball if he’s going to be Newton | WGR 550 SportsRadio
Buffalo Bills quarterback Josh Allen will need to improve his deep-ball accuracy if he is going to become a star in the National Football League.

#AskJoeB: Joe Buscaglia on Josh Allen’s future, the Patriots rivalry and more – The Athletic
With nearly a month to go before the proposed start of training camps, Bills fans have questions and we try to find answers!

91 Bills scouting reports in 91 days: running back Christian Wade – Buffalo Rumblings
The 2019 preseason darling won’t have as many opportunities to impress this preseason.

Chat w/ NickBat: COVID Updates w/ Experts – Buffalo Rumblings
Dr. Binney & Dr. Bottazzi are back to give us the latest.