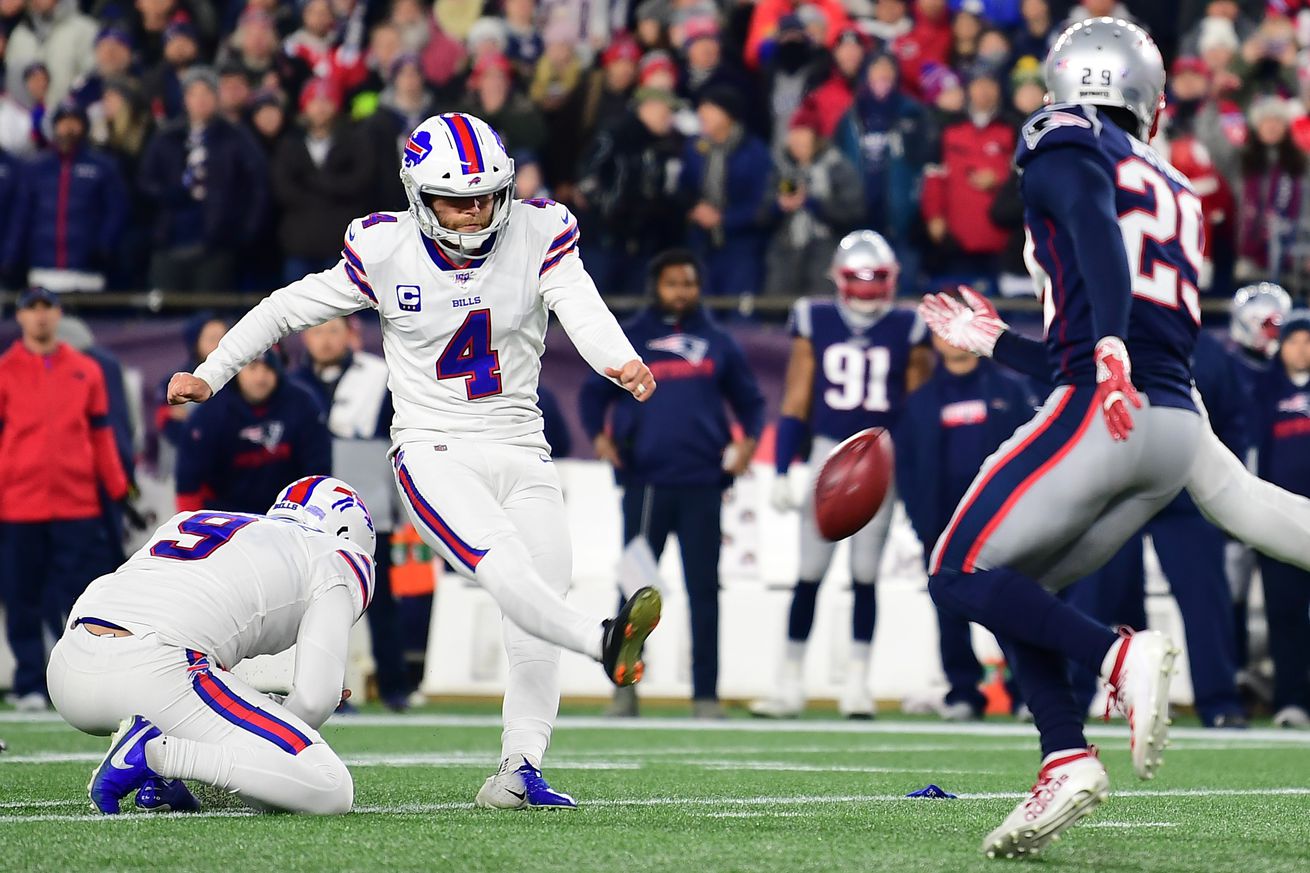 Plus, can Josh Allen correct his issues with the deep ball?

In today’s edition of the Buffalo Bills daily links, with their most competitive and talented roster (on paper) since the Super Bowl teams of the 1990s, there’s going to be plenty of tough decisions when it comes to making the Bills 53-man roster. Every year, there’s surprise veteran cuts and we explore which veterans could find themselves on the outside looking in after training camp.

We also examine New York state’s guidelines for sports competitions across the state, where fans will not be allowed to attend games during the COVID-19 pandemic, delve into Josh Allen’s future and whether he can fix his issues completing deep passes, assess the impact Cam Newton’s signing with the New England Patriots will have on the 2020 AFC East race, discuss how the Bills will be affected by the NFL’s shortened preseason, vote on Buffalo’s kicker of the 2010s, and much more!

Bills roundtable: Who will be a surprise cut in training camp? | Sports | buffalonews.com
News’ Bills reporters Vic Carucci, Jay Skurski, Mark Gaughan and Jason Wolf will tackle some of the major topics in our series of Bills roundtable.

No fans will be allowed to attend Buffalo Bills games during pandemic – newyorkupstate.com
The state issued guidelines for sports competitions on Wednesday.

#AskJoeB: Joe Buscaglia on Josh Allen’s future, the Patriots rivalry and more – The Athletic
With nearly a month to go before the proposed start of training camps, Bills fans have questions and we try to find answers!

Allen needs to fix the deep ball if he’s going to be Newton | WGR 550 SportsRadio
Buffalo Bills quarterback Josh Allen will need to improve his deep ball accuracy if he is going to become a star in the National Football League.

Josh Allen and the deep ball: A roundtable with 5 quarterback experts – The Athletic
“I promise you I can fix it in five minutes because he hasn’t been taught how to do it right,” said one former QB about Allen.

How Cam Newton to the Patriots changes things in the AFC East: Should Bills still be considered favorites? – newyorkupstate.com
Matt Parrino and Ryan Talbot are joined by Alaina Getzenberg and Evan Lazar to break down the move and discuss the potential impact on the AFC East in 2020.

New England Patriots make shrewd move signing Cam Newton but their acquisition history is far from perfect – newyorkupstate.com
Despite what some experts believe, the Patriots miss the mark a lot when it comes to bringing in veterans.

Bills allowing season ticket holders to opt out for 2020 | Bills | buffalonews.com
The Bills also acknowledged the possibility that no fans may be in attendance for games this season.

Report: NFL to cut preseason from four games to two | Sports | buffalonews.com
NFL fans who have longed for a shorter preseason might soon get their wish, at least for this season.

Buffalo Bills could host both preseason games after NFL reportedly shortens preseason to 2 games – newyorkupstate.com
Buffalo will not have to travel away from home during the preseason.

Report: NFL to cut the preseason in half | WGR 550 SportsRadio
It appears as though the Buffalo Bills will play just two preseason games in 2020.

If border remains closed, Canadian Buffalo Bills fans won’t be out money – Buffalo Rumblings
The team has provided reassurances to its fans north of the border.

BBR: Cam Newton and the changing landscape of the AFC East – Buffalo Rumblings
I guess I shouldn’t be surprised.

Josh Allen and Sam Darnold continue to teach each other – Buffalo Rumblings
The two friends have been training together in California and can’t help but work through nuances they’ve learned.

Ryan Fitzpatrick: A Buffalo Bills rival I hate to love – Buffalo Rumblings
Sometimes a player flips the usual emotional relationship of a rival.

91 Bills scouting reports in 91 days: offensive tackle Trey Adams – Buffalo Rumblings
A projected first round pick at one point in his collegiate career, injuries led him to go undrafted this year.

Billieve Podcast: You can only extend one, Matt Milano or Dion Dawkins? – Buffalo Rumblings
Which player entering the final year of his rookie deal is most deserving of an extension?