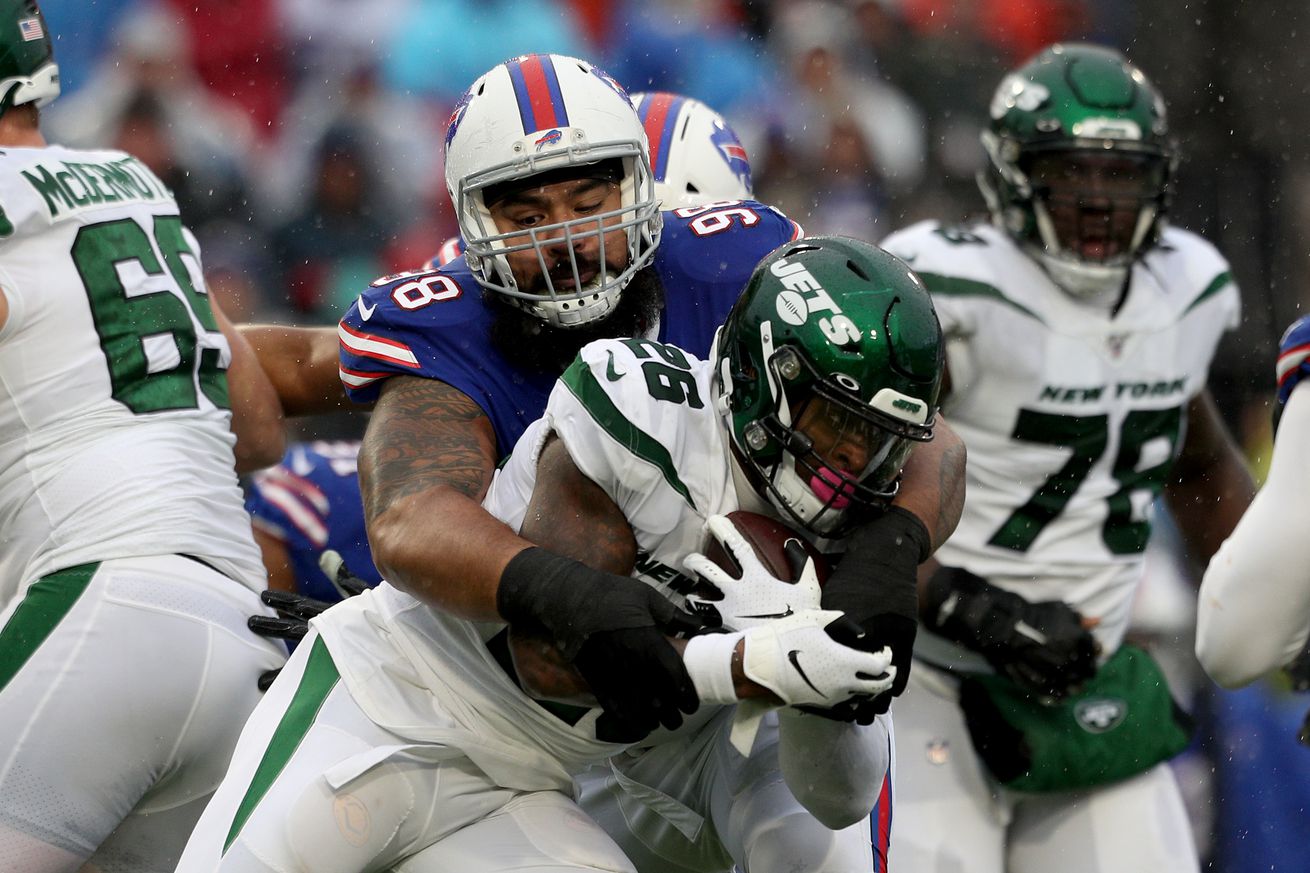 Plus, what does the NFL’s salary cap reduction mean for Buffalo’s looming contract extensions?

Before the Buffalo Bills opened their most unusual of training camps at the team’s facilities in Orchard Park, N.Y., assistant head coach / defensive coordinator Leslie Frazier’s defense was dealt a blow when defensive tackle Star Lotulelei announced he was opting out of the 2020 season over concerns about the coronavirus pandemic.

Today’s edition of the Bills daily links examines the loss the Bills will feel on defense without Lotulelei, Buffalo’s run-stuffing nose tackle and pivotal member of the team’s 4-3 defense. We also explore which current members of the team, including Harrison Phillips, Vernon Butler and Vincent Taylor, could step up and fill Lotulelei’s shoes on the defensive line.

We also break down what the NFL’s salary cap reduction means for the Bills’ future, as Buffalo faces several big-name, long-term contract extensions in the coming years, including left tackle Dion Dawkins, linebacker Matt Milano, All-Pro cornerback Tre’Davious White, quarterback Josh Allen and more. We address how training camp will look different for the players and coaches, analyze the team’s running backs and fullbacks, meet a loyal Bills fan who hated former New England Patriots’ quarterback Tom Brady so much she mentioned him in her obituary, and much more!

Star Lotulelei opts out of 2020 season | WGR 550 SportsRadio
Buffalo Bills defensive tackle Star Lotulelei has taken the voluntary opt out for the 2020 NFL season due to concerns over the coronavirus.

Star Lotulelei will not play for Bills in 2020 – Democrat & Chronicle
The run-stuffing nose tackle opted out of the upcoming season, the first Bill to do so over coronavirus concerns.

Bills DT Star Lotulelei reportedly opts out of 2020 season – newyorkupstate.com
Lotulelei has two years left on his current deal, which will now be pushed to 2021 and 2022.

Bills starting DT Star Lotulelei opts out of 2020 season | Buffalo Bills News | NFL | buffalonews.com
The Bills will be without starting defensive tackle Star Lotulelei this season, according to the NFL Network.

Who replaces Star Lotulelei? 4 options for Buffalo Bills after DT opts out on 2020 season – newyorkupstate.com
The Bills have some internal candidates for the job.

Who is opting out of NFL season? Six Patriots thus far, according to updated list | Buffalo Bills News | NFL | buffalonews.com
Six New England Patriots players have opted out of the NFL season due to the coronavirus pandemic, with safety Patrick Chung being the latest to announce his decision.

New England suffers big blow with player opt-outs | WGR 550 SportsRadio
The Patriots lost a number of starters on Tuesday as they opted out of the 2020 season due to COVID-19.

Around the AFC East: Patriots players opt out of season, Ed Oliver on a horse in Buffalo, Tre White shows love – newyorkupstate.com
Get the latest news happening around the AFC East as training camps open.

What the NFL’s salary cap reduction means for the Bills’ future – The Athletic
Based on calculations, the Bills couldn’t afford White, Dawkins and Milano without shedding a significant amount of salary elsewhere. (Subscription required).

Bills Today | How the first week of training camp will look different for players in 2020 – BuffaloBills.com
Here are three things to know about the Bills for Wednesday, July 29.

Will the Bills’ offensive identity change with Stefon Diggs in the mix? – Buffalo Bills Blog- ESPN
The former Minnesota Vikings wide receiver should balance Buffalo’s run-heavy attack, and now it’s up to offensive coordinator Brian Daboll to take advantage of his new talent.

Bills Today | Will Buffalo have the NFL’s best defense in 2020? – BuffaloBills.com
Here are three things to know about the Bills for Tuesday, July 28.

Camp Countdown 2020 | Will the Bills win the AFC East? – BuffaloBills.com
In its final story of the Camp Countdown series, Chris Brown looks at the chances of Buffalo claiming an AFC East title in 2020.

Maiorana’s Memories: The Bills-49ers no-punt game – Democrat & Chronicle
Relive an explosive day for both offenses, when Jim Kelly and the Bills’ K-Gun offense made history in Week 2 of the 1992 season. The two teams played the first game in NFL history where neither team was forced to punt.

Lackawanna woman died as she lived: hating Tom Brady | Buffalo Bills News | NFL | buffalonews.com
Carole Scarsella of Lackawanna passed away recently and her HATRED of Tom Brady was on full display in her death notice.

Western NY woman’s ‘HATRED’ for Tom Brady was so strong, she put it in her obituary – newyorkupstate.com
Carole Scarsella’s dislike of Tom Brady has brought her lots of posthumous attention through her classic Buffalo sendoff.

Q&A: COVID regulations, 53-man Buffalo Bills roster projection – Buffalo Rumblings
This week, we discuss the changes made to practice squads for the 2020 season due to the COVID-19 pandemic and give our thoughts on the 53-man roster.

91 players in 91 days: Tackle Dion Dawkins – Buffalo Rumblings
We already schnow that he’ll start—will he be signed to a contract extension as well?