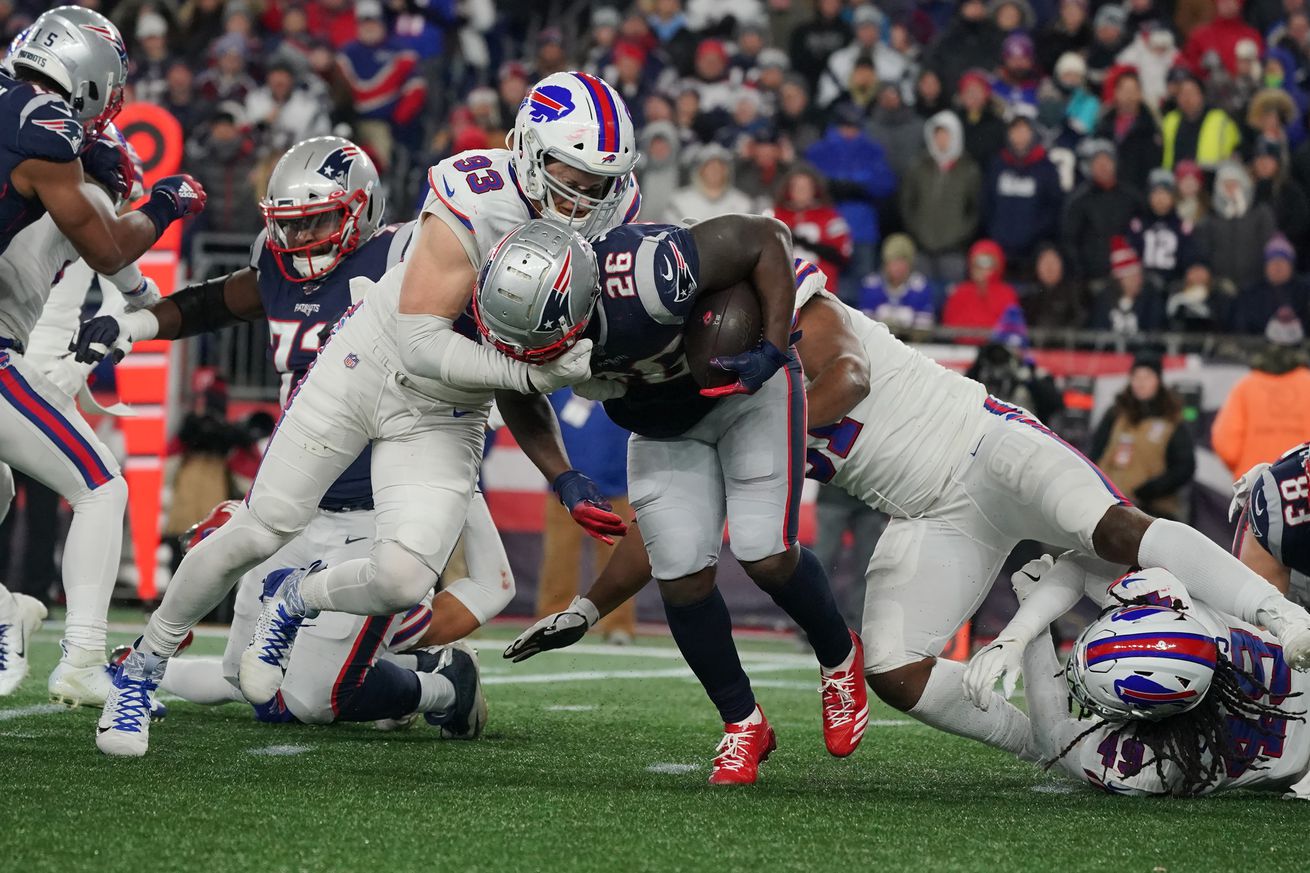 Plus, where do Tre’Davious White and Stefon Diggs rank among the NFL’s best 100 players?

Happy official opening day of Buffalo Bills training camp! As the team prepares for this most unusual of training camps at their facilities in Orchard Park, N.Y., today’s edition of the Bills daily links takes a crack at projecting the team’s 53-man roster, looking for which players will be on the outside looking in when the 2020 season begins.

The Bills, like the other 31 NFL teams, face some difficult decisions as they work to trim their rosters down to the NFL maximum of 80, and Buffalo started that process by releasing a pair of players Monday. We also highlight which two Bills joined quarterback Josh Allen on the NFL’s annual Top 100 players list heading into the 2020 season, examine whether Allen’s development heading into his third year as a starter will be hurt by a virtual offseason, dissect what Allen needs to do to continue his growth as Buffalo’s starting quarterback, go in depth with a scouting report on Buffalo’s starting tight end, Dawson Knox, and much more!

Bills 53-man roster projection: Who gets boxed out by the shortened preseason? – The Athletic
More than other years, time, experience and money should play into roster decisions, and the Bills are no exception. (Subscription required).

Bills roster at 85 after releasing McCloud and McGhin | WGR 550 SportsRadio
The Buffalo Bills appear set to trim their roster down by Tuesday.

Buffalo Bills begin to cut roster down to 80 players, release Ray-Ray McCloud, Garrett McGhin – newyorkupstate.com
McCloud played in 16 games in parts of two seasons with the Bills and Carolina Panthers.

Tre White nabs No. 47, Stefon Diggs at No. 54 in NFL Network rankings | Buffalo Bills NFL News | buffalonews.com
The Buffalo Bills didn’t have anybody in the NFL Top 100 a year ago.

‘Top 100 Players of 2020’: Stefon Diggs | No. 54 – BuffaloBills.com
The veteran wide receiver, who was traded from the Minnesota Vikings to the Buffalo Bills this offseason, earns his third straight Top 100 honor.

Colin Cowherd thinks Bills’ Josh Allen isn’t even Top 200 NFL player – a discussion on why he’s wrong (PODCAST) – newyorkupstate.com
Allen was ranked no. 87 in the NFL’s Top 100 players on Sunday.

Bills training camp question: Can Josh Allen overcome offseason challenges? | Sports | buffalonews.com
This is eighth in a series of questions entering Bills training camp, which is scheduled to open July 28. Today: Will Josh Allen’s development be hurt by a virtual offseason?

Buffalo Bills’ first road game at Miami, where MLB team faces first coronavirus outbreak – newyorkupstate.com
The challenges facing the NFL and its teams reach beyond the field during COVID-19-impacted season.

91 Buffalo Bills scouting reports in 91 days: Tight end Dawson Knox – Buffalo Rumblings
The rookie tight end showed great promise in 2019, but he needs to be better in his second year.

Billieve Podcast: COVID-19 safety protocols and training camp impact – Buffalo Rumblings
Before training camp kicks off Tuesday, we break down the NFL’s new CBA and how it will affect the Bills.