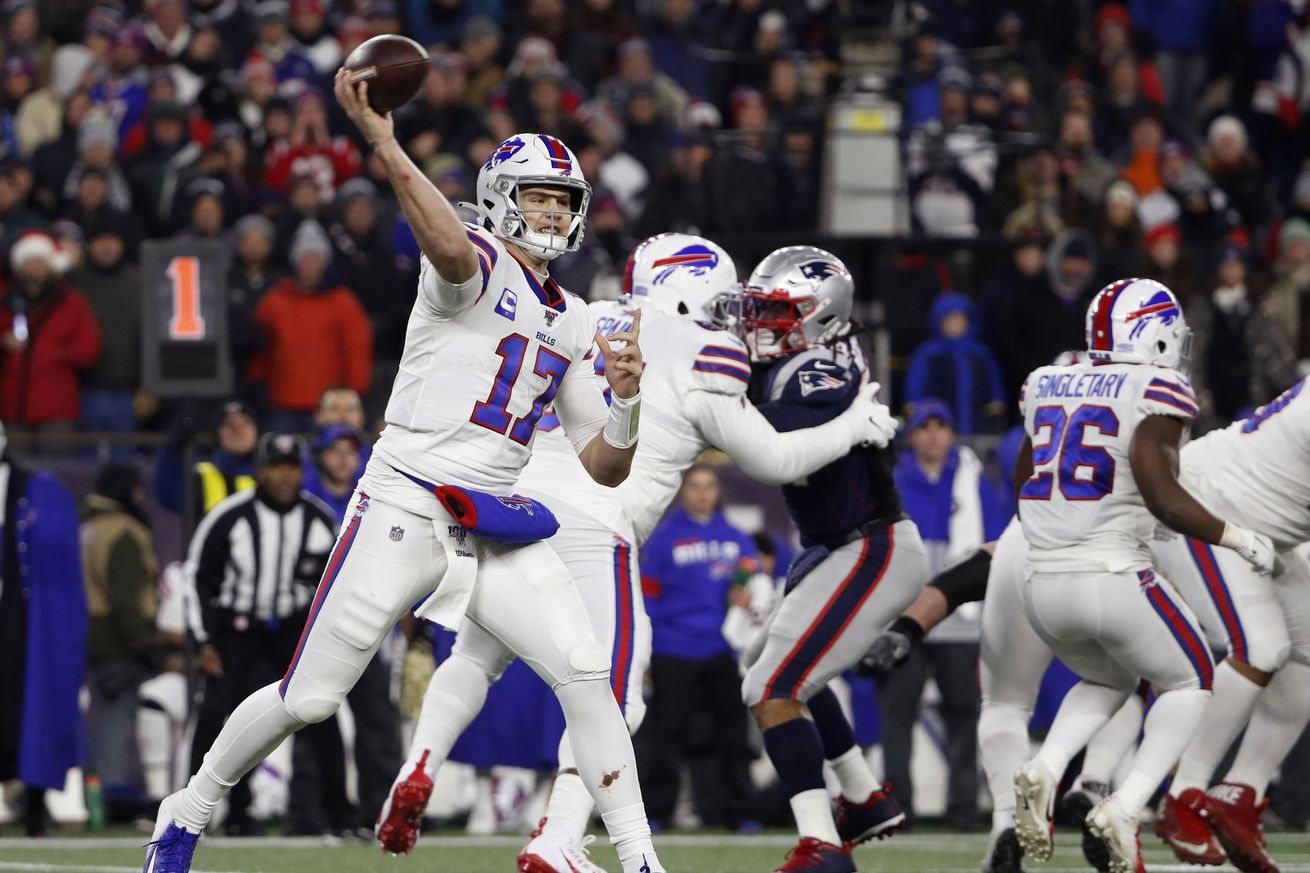 Plus, how will Devin Singletary and Zack Moss split carries in the backfield?

In today’s edition of the Buffalo Bills daily links, we dissect the NFL’s annual Top 100 players list heading into the 2020 season. The Bills landed three players on the list, which was voted on with input from nearly 1,000 players across the league, with quarterback Josh Allen making his debut on the Top 100 list. The other two Bills to make the list have not yet been announced but the rest of the Top 100 will be revealed during the week.

We also put Allen under the microscope to see if Buffalo’s third-year starting quarterback can continue his development and take the next leap towards stardom in 2020. With training camp set to begin Tuesday, we run down the Bills’ 88-man roster, analyze the two different roster options facing general manager Brandon Beane and head coach Sean McDermott heading into camp, predict which players will wind up on the expanded practice squad, speculate how Devin Singletary and rookie Zack Moss will split carries this year, break down how the new CBA between the league and the players association will address player safety and affect training camp during the coronavirus, and much more!

Josh Allen ranked 87th on the NFL Top-100 list | WGR 550 SportsRadio
Buffalo Bills quarterback Josh Allen has been selected to the NFL’s Top-100 players list for the first time in his career.

Josh Allen makes debut on NFL Network’s Top 100 in vote by players | Buffalo Bills NFL News | buffalonews.com
Allen checked in at No. 87 when the voting was revealed Sunday night for players ranked Nos. 100-71.

Bills Today | Two more Bills to appear on the NFL’s Top 100 Players of 2020 list – BuffaloBills.com
Here are three things to know about the Bills for Monday, July 27.

Bills Preview: Can Josh Allen make a big leap? – Democrat & Chronicle
It’s a huge third year for Josh Allen, a time when a first-round pick really has to establish himself as a star. Is the Bills QB ready to do it?

Bills have to make choice on roster limit by Tuesday | WGR 550 SportsRadio
Breaking down the Buffalo Bills’ choices of how many players they can have at training camp.

Predicting the Bills’ likeliest protected practice squad players – newyorkupstate.com
In 2020, teams will have 16-man practice squads with four players being protected each week.

With season opener 50 days away, 50 Bills thoughts | Sports | buffalonews.com
Here are 50 thoughts on the upcoming season as the Bills’ roster readies to report Tuesday for COVID-19 testing and the start of training camp to follow.

Camp Countdown 2020 | Can Buffalo’s defense be a top 5 unit for a third straight season? – BuffaloBills.com
With veterans reporting to training camp on Tuesday, Camp Countdown takes a look at the defensive unit.

Sabres, Bills offer social media greetings to Jays | Sports | buffalonews.com
Tweeted the Sabres: “The only time a Toronto team is welcomed into Buffalo with open arms.”

Buffalo Bills QB Josh Allen named to NFL Top 100 list – Buffalo Rumblings
Each July, the NFL 100 is released. It’s the top 100 players in the NFL as voted on by players, and this year’s list includes Buffalo Bills quarterback Josh Allen.

Billieve Podcast: COVID-19 safety protocols and training camp impact – Buffalo Rumblings
Before training camp kicks off Tuesday, we break down the NFL’s new CBA and how it will affect the Bills.

The way-too-early look at which Buffalo Bills make the 2021 Pro Bowl – Buffalo Rumblings
Will the team seen any offensive players head to Vegas?