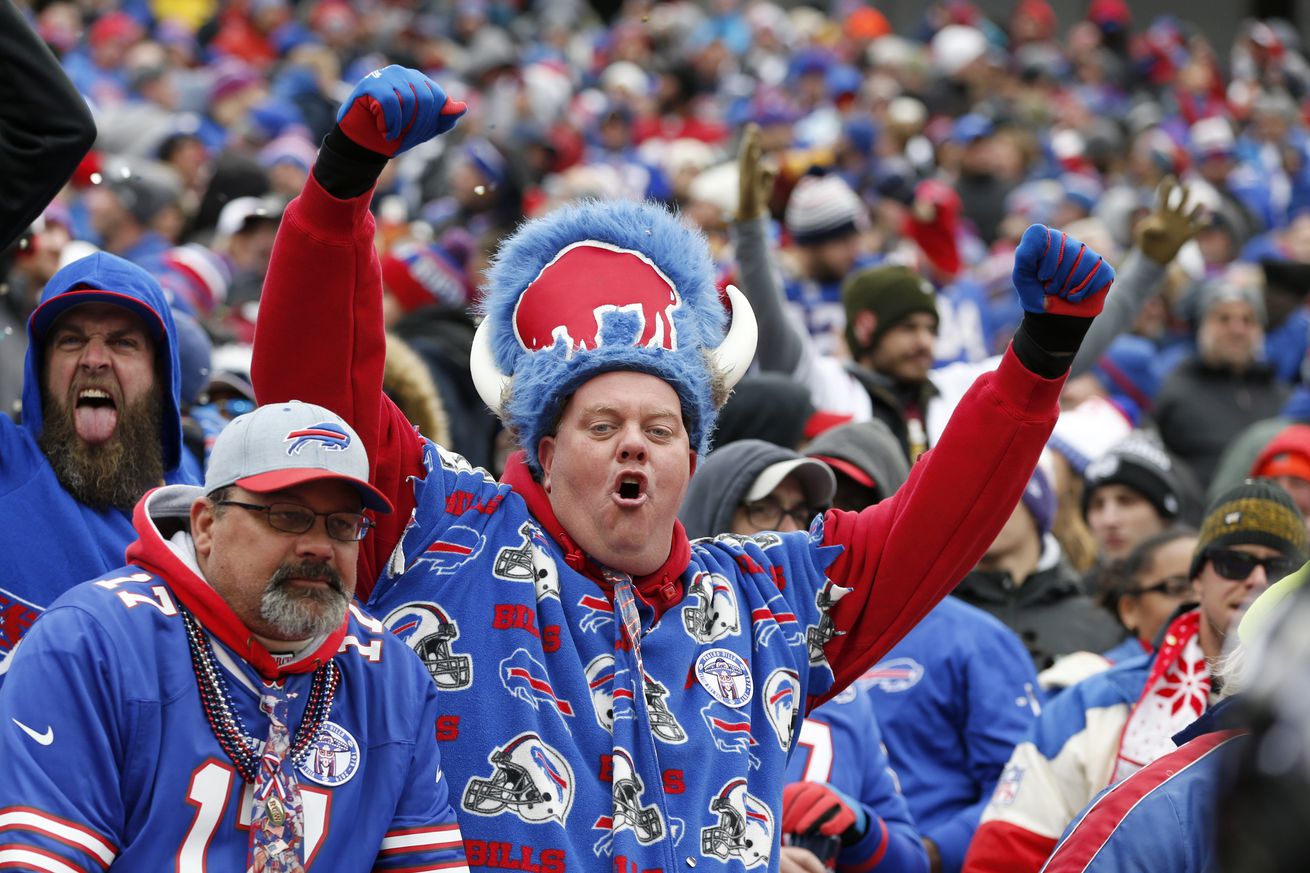 Plus, who are the under-the-radar Bills to watch at training camp?

In today’s edition of the Buffalo Bills daily links, we hear how the Bills are still planning on having fans at games in 2020 (if they’re allowed to have spectators) and what options Buffalo is providing to its season-ticket holders for this most unusual of seasons. We also learn about the Bills’ infectious disease emergency response plan as Buffalo becomes one of just eight franchises to have their IDER approved.

We analyze wide receiver Stefon Diggs to figure out what kind of impact he will make on the offense in 2020, identify six under-the-radar Bills to watch when training camp opens on July 28, dive into who will earn the starting cornerback role opposite All Pro Tre’Davious White, relive how the Bills managed to miss out on drafting Russell Wilson as their franchise quarterback because they misjudged his draft value, target ten possible training camp cut candidates, learn the latest about the charges facing defensive tackle Ed Oliver, and much more!

Buffalo Bills still planning for fans at games if allowed, update season ticket holders – newyorkupstate.com
All 2020 season tickets will be deferred to 2021 and fans will get to choose whether to be refunded or apply funds to next season.

Bills’ quarterbacks, players dealing with injuries get Covid-19 tests | Sports | buffalonews.com
They will self-quarantine for the next two days and be tested again Sunday.

Buffalo Bills training camp questions: How big of an impact will Stefon Diggs make? – Buffalo Bills Blog- ESPN
The Bills were desperately in need of more talent on the outside, and in the veteran receiver they acquired a player who commands defenses’ attention.

Bills Preview: How much does Stefon Diggs elevate the offense? – Democrat & Chronicle
Stefon Diggs gives the Bills a true home-run hitting receiver to pair with John Brown and Cole Beasley, giving them one of the NFL’s best trios.

Camp Countdown 2020 | Who are the training camp sleepers? – BuffaloBills.com
With six days to go until veterans report for training camp, Chris Brown unveils his list of under-the-radar players to watch this preseason.

Bills’ 53-man roster projection strong at CB behind Tre’Davious White – ESPN.com Buffalo Bills Blog
Josh Norman joins a talented group competing for the No. 2 starting job on a unit that has become a strength for one of the NFL’s top defenses.

The time the Bills targeted Russell Wilson as their savior and still missed out – The Athletic
Buddy Nix and David Lee, Buffalo’s GM and QB coach in 2012, had pegged Wilson as their guy but miscalculated on where to draft him. (Subscription required).

Charges against Ed Oliver from May arrest dropped | WGR 550 SportsRadio
Buffalo Bills defensive tackle Ed Oliver tested negative on all blood tests and blew a .000 on the breathalyzer test.

Bills DT Ed Oliver will face no charges after May arrest in Houston – The Athletic
Oliver was initially charged with driving while intoxicated and unlawfully carrying a weapon, both misdemeanors in the state of Texas. (Subscription required).

DWI, unlawful weapon charges dropped against Bills’ Ed Oliver stemming from May arrest – newyorkupstate.com
Oliver was arrested on May 16 in his hometown of Houston, TX.

2019 Top Play: Micah Hyde’s Onside Kick Return for TD – BuffaloBills.com
S Micah Hyde saw an opportunity and took it to the house when he returned this onside kick against the Miami Dolphins in Week 7 of the 2019 season.

Which Buffalo Bills are 2020 roster locks? – Buffalo Rumblings
Which players won’t be cut, regardless of how they play this season?

Buffalo Bills still hopeful some fans will be allowed at home games in 2020 – Buffalo Rumblings
The Bills sent a letter to season-ticket holders on Thursday.

BBR: Talking Josh Allen, Stefon Diggs and more with Steve Vega of the Buff Hub podcast – Buffalo Rumblings
Expectations are high for the Bills, and we chat about the playmakers on offense.

Buffalo Bills training camp preview: Will the QB room keep three in 2020? – Buffalo Rumblings
With COVID-19, they had better.

Plays that defined 2019 Buffalo Bills: Championship! – Buffalo Rumblings
Here it is! Come vote for the play to define the 2019 season.

Who will lead the Buffalo Bills in rushing in 2020? – Buffalo Rumblings
Who do you think finishes atop the list at season’s end?