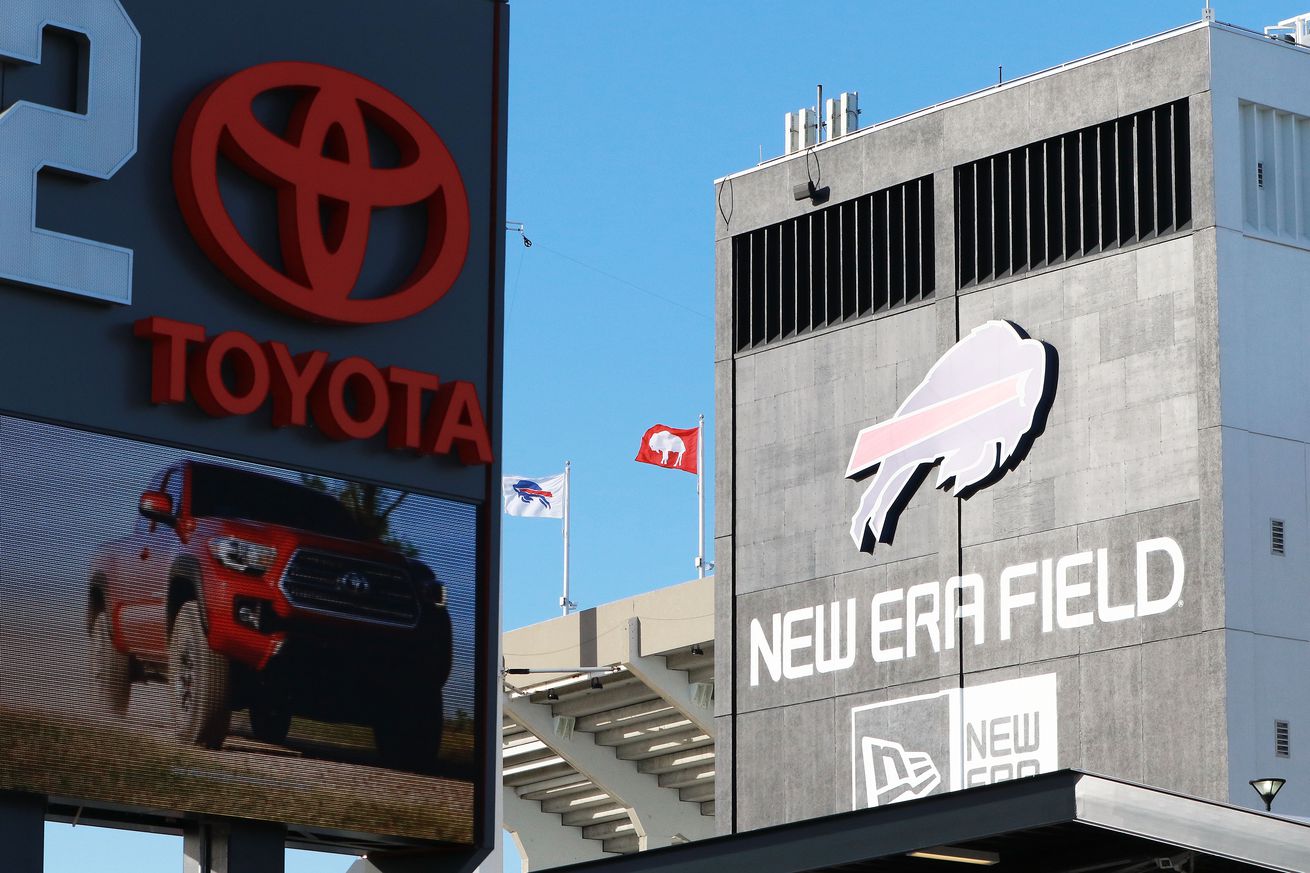 The Bills will be seeking a new naming rights sponsor after a four-year run known as The Cap.

The Buffalo Bills’ stadium was renamed New Era Field for the 2016 season, and the Bills called New Era Field home for four seasons from 2016 to 2019. The team is now seeking a new naming rights sponsor after New Era asked to end its stadium naming rights deal with the Bills. In today’s edition of the Bills daily links, we examine the news surrounding the naming developments, hear about the early suggestions for new stadium names, and relive the highs and lows from the four-year era when the stadium was known as The Cap.

We also hear from the NFL and current players about the challenges of preparing to play in 2020 while staying safe during the global COVID-19 pandemic, see where the Bills rank among the best squads in the AFC following their offseason moves, explore why Buffalo’s defensive line should be an area of strength this year, hear why good fantasy football players don’t necessarily equate to good football players, and much more!

New Era name to be dropped from Bills stadium | News | buffalonews.com
The exact date of the change, and the next name for the stadium, are still to be determined.

New Era asks to end stadium naming rights deal with Buffalo Bills – The Athletic
The naming rights deal, which began in 2016, was reportedly worth more than $35 million over seven years. (Subscription required).

New Era asks to pull out of Buffalo Bills stadium naming rights deal – ESPN.com
The decision to drop out of the agreement comes four years after New Era acquired the naming rights for what was previously called Ralph Wilson Stadium, and named after the team’s late Hall of Fame owner.

New Era ends agreement with Buffalo Bills for stadium name – Democrat & Chronicle
The Bills will no longer being playing at a stadium named New Era Field. The cap company is pulling out of the agreement.

Bills’ stadium will no longer be called New Era Field | WGR 550 SportsRadio
The Bills’ home stadium will soon have a new name.

Statement from the Buffalo Bills regarding stadium naming rights – BuffaloBills.com
The Bills issued the following statement on Wednesday, July 15.

Tip of the Cap: Remembering the Bills’ New Era era | Sports | buffalonews.com
The Bills played at the stadium formerly known as New Era Field for four seasons, from 2016 through 2019.

Mark Poloncarz urges Bills to use Veterans Stadium as new name | buffalonews.com
Poloncarz said the team should honor veterans such as former owner Ralph Wilson and former Bills player Bob Kalsu, who was killed in Vietnam.

Bills fans have all the suggestions for a new name for New Era Field | Sports | buffalonews.com
The news that the New Era name is not long for the football stadium in Orchard Park led to a social media storm of suggestions.

NFL, players confront challenges in preparing for season. Can this be done safely? – newyorkupstate.com
Buffalo Bills’ first road game is set for Sept. 20 in Miami, the current “epicenter of the pandemic.”

Milt remembers: ‘Hail Mary’ to Bills’ Roland Hooks shocks Patriots | buffalonews.com
“Never in my life have I seen an ending like this one,” proclaimed Bills play-by-play man Van Miller.

Toast to the Bills: Ontario family creates Bills giant helmet bar in backyard | Sports | buffalonews.com
The Parnham family from Southern Ontario has gained social media fame in the last few days because of the elaborate Bills helmet bar in the family’s backyard.

2019 Top Plays: Dion’s Tricky Touchdown vs Patriots – BuffaloBills.com
Take a look back at one of the top plays from 2019: Dion Dawkins’s trick-play touchdown Week 16 against the New England Patriots, including a flashback to an eerily similar touchdown from 2018.

BBR: The curious case of Trent Murphy – Buffalo Rumblings
Murphy was better in 2019 than you might think.

Top Buffalo Bills entering final year of their contract in 2020 – Buffalo Rumblings
There are some tough choices ahead for Beane & Co.

2019 Worst Bang for the Dollar Bills: OT Ty Nsekhe – Buffalo Rumblings
This is not about Nsekhe’s injury.

Orchard Park discussing how to limit tailgating in private lots in 2020 – Buffalo Rumblings
We know what the Bills can do, now the town is discussing it.

State of the Buffalo Bills roster in training camp 2020: replacing Lorenzo Alexander in the linebacker room – Buffalo Rumblings
The linebacker position looks different in 2020, but not at the top two spots.