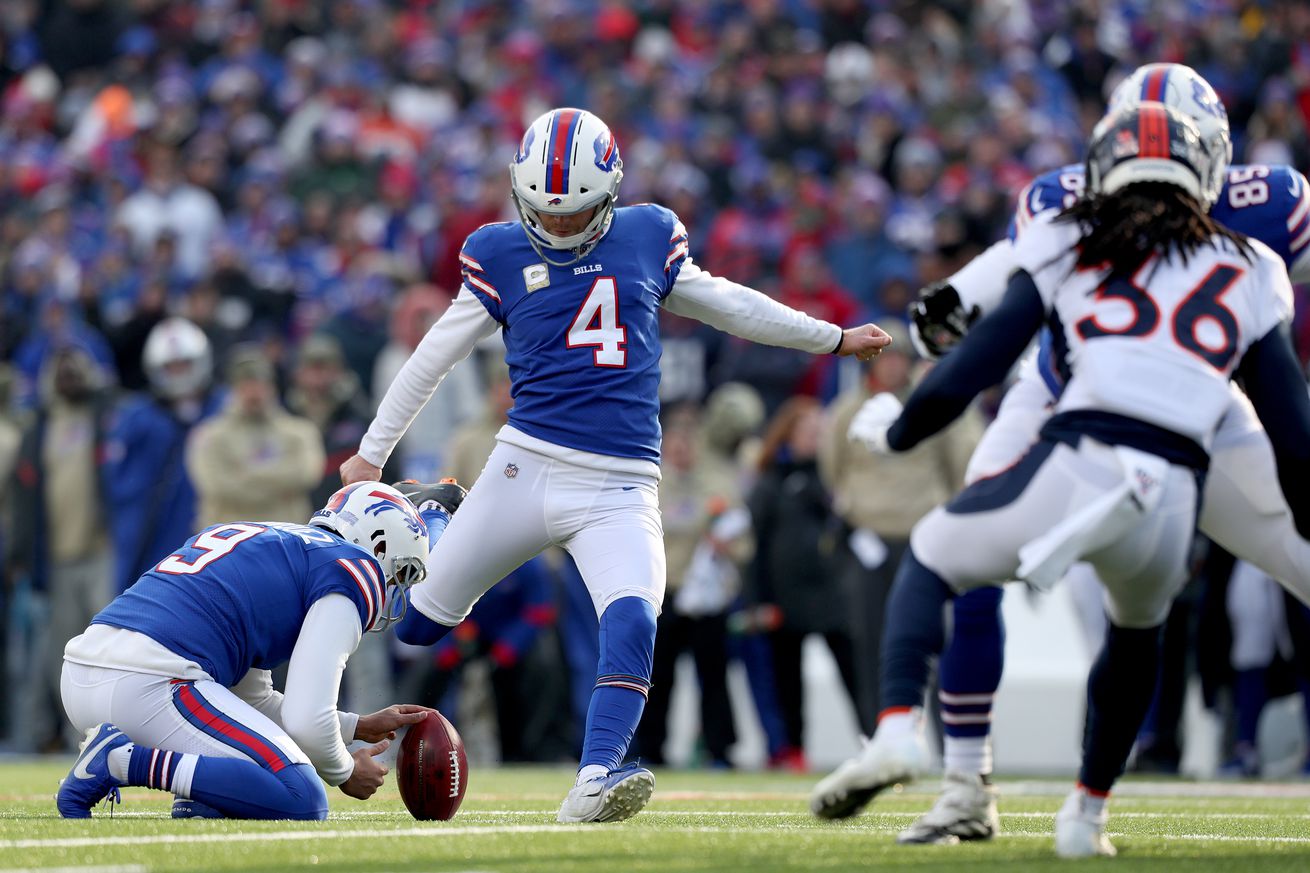 Plus, why new defensive line coach Eric Washington is the most important offseason addition.

The Buffalo Bills begin training camp in 15 days, and one of the areas with plenty of competition is the special teams unit. Incumbent place kicker Stephen Hauschka will be challenged for the job by rookie Tyler Bass, while punter Corey Bojorquez has plenty to improve upon from his 2019 campaign. In today’s edition of the Bills daily links, we preview Buffalo’s special teams unit, offering up reasons why this area should take another step forward in 2020.

We also dissect why defensive line coach Eric Washington, who spent the previous nine seasons with the Carolina Panthers, is the team’s most critical offseason addition. We hear how rookie defensive end A.J. Epenesa is dealing with furthering his development during this most unusual of offseasons, identify five defensive players to watch when the team kicks off training camp on July 28, reminisce back to the 2003 season opener when the Bills throttled the New England Patriots, discuss how comfortable Bills fans should feel attending home games this fall, and much more!

With so many new faces, Bills’ special teams unit has to play catch up | Sports | buffalonews.com
This is the ninth in a series previewing each position on the Buffalo Bills before the July 28 start of training camp.

Camp Countdown 2020 | Who will be the Bills place kicker? – BuffaloBills.com
Chris Brown takes a look at the kicker competition between incumbent Stephen Hauschka and rookie Tyler Bass.

Andre Roberts searching for path to first touchdown with Bills | Sports | buffalonews.com
Wide receiver is heading into the final season of a two-year contract he signed with the Bills.

2019 Top Play: Josh Allen TD Pass to Tyler Kroft – BuffaloBills.com
The Bills went to Pittsburgh looking to clinch their second playoff birth in three seasons. With 7:55 left in the game this touchdown strike put them ahead and punched their ticket to the postseason.

It was a glorious 2003 opener when the Bills crushed the Patriots – Democrat & Chronicle
For the first time in five meetings with Tom Brady, the Bills beat the Patriots, a 31-0 blowout in the 2003 season opener in Buffalo.

All-22 analysis: 2019 Buffalo Bills’ defensive interceptions – Buffalo Rumblings
A look at some of the factors involved in the team’s interceptions.

91 Buffalo Bills scouting reports in 91 days: Tight end Tyler Kroft – Buffalo Rumblings
Now in the final year of his contract, the veteran tight end will try to put together a full season for the first time since 2017.