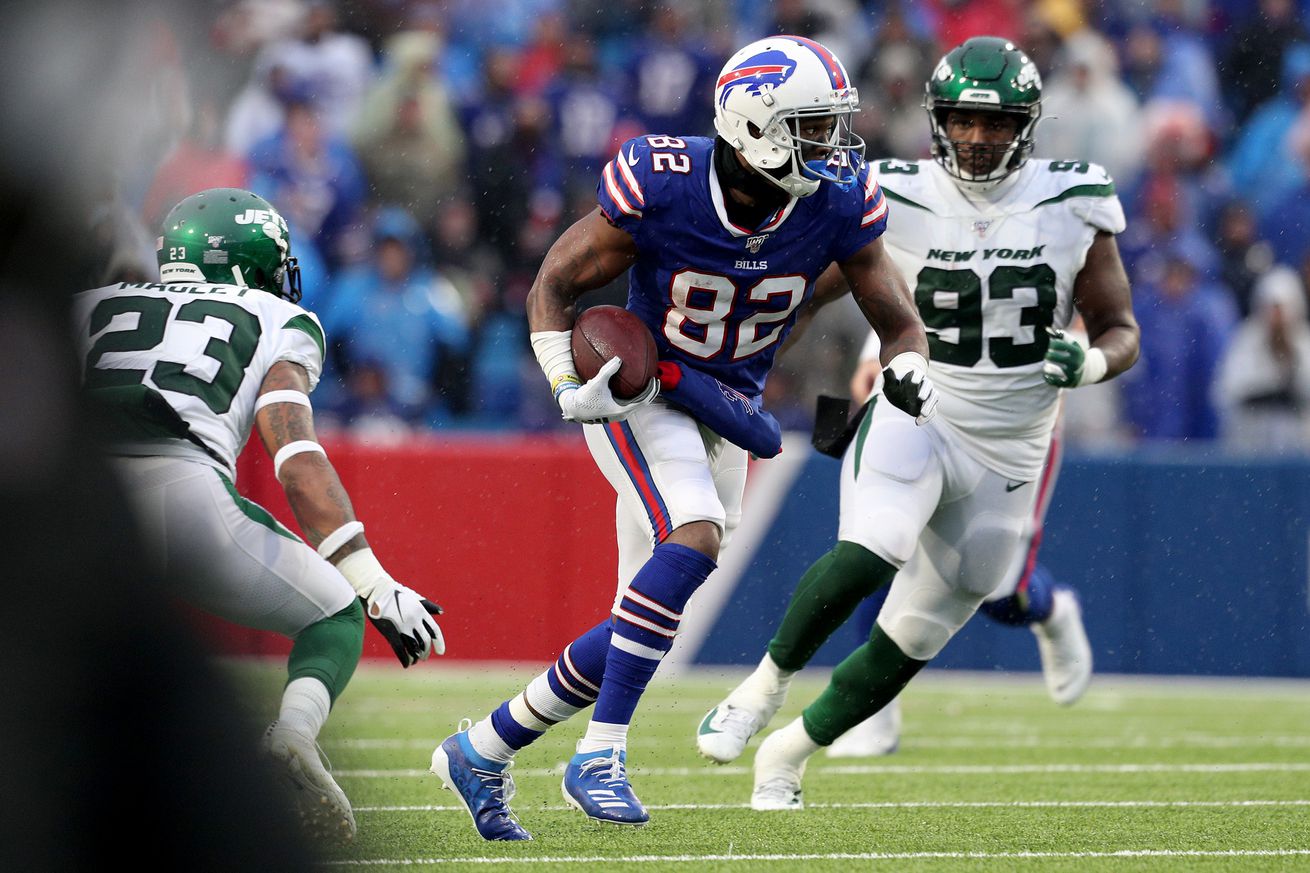 Plus, where does Buffalo rank on the list of most complete teams in the NFL?

The Buffalo Bills are understandably excited about their top three wide receivers, as Stefon Diggs, John Brown and Cole Beasley should form one of the top receiving corps in the NFL. In today’s edition of the Buffalo Bills daily links, we examine the state of the backups to figure out what kind of depth the Bills have at receiver beyond their big three.

We also discuss where the Bills rank on the list of the league’s most complete teams heading into the 2020 season, explore which Bills are at a disadvantage because of the league’s shortened NFL preseason schedule, discuss why quarterback Josh Allen thinks tight end Dawson Knox will be a match-up nightmare, hear why Diggs isn’t comfortable with the NFL starting up amid COVID-19 concerns, vote on Buffalo’s head coach and best team of the 2010s, and much more!

Bills must find out how much depth they have at WR | Bills | buffalonews.com
Are the Bills in good shape beyond their set-in-stone top three of Stefon Diggs, John Brown and Cole Beasley?

NFL’s most complete teams in ’20? Ravens, 49ers, Chiefs top the list – NFL.com
Heading into the 2020 season, which NFL teams are the most complete? Adam Schein spotlights nine organizations, including Josh Allen and the Buffalo Bills.

8 Bills at disadvantage because of shortened NFL preseason – newyorkupstate.com
The NFL cut half of its preseason and that means some bubble players and new additions are going into 2020 at disadvantage.

Stefon Diggs Doesn’t Feel Comfortable With NFL Starting | WGR 550 SportsRadio
Buffalo Bills wide receiver Stefon Diggs said that he doesn’t yet feel comfortable with the NFL starting up amid so many unknowns and questions.

Bills’ Stefon Diggs on starting season amid COVID: ‘I’d be lying if I said I was comfortable starting back up’ – newyorkupstate.com
The Bills traded multiple draft picks including their 2020 first rounder to acquire Diggs from the Minnesota Vikings in March.

Stefon Diggs admits to concerns about NFL’s plan to resume play | Sports | buffalonews.com
The Buffalo Bills receiver said during a series of tweets that he misses and loves football, “but there’s so many unanswered questions with this upcoming season.”

Poloncarz says he will not call the Bills stadium New Era Field any longer | News | buffalonews.com
Erie County Executive Mark Poloncarz said the company doesn’t deserve to have its name gracing the stadium after its treatment of local employees.

Expert NFL stadium rankings: Breaking down the league’s top, bottom five – The Athletic
Which stadiums came out on top? Which ones are worth avoiding if possible? (Subscription required).

Camp Countdown 2020 | Who will be the starting right corner? – BuffaloBills.com
In the fifth article of their Camp Countdown series, the team’s official website looks at three players who will compete for a starting job at right corner this season.

Tremaine Edmunds weighs in on the state of AFC East – BuffaloBills.com
Buffalo Bills linebacker Tremaine Edmunds joins “NFL NOW” and gives his thoughts on how the AFC East will shake out in a post-Tom Brady world.

NFL Teams Preparing to Limit Fan Attendance If Safe | WGR 550 SportsRadio
As the NFL prepares for the 2020 season amid the coronavirus pandemic, teams are figuring out ways in which it would be safest to allow fans to attend games.

Don’t expect Josh Allen’s next contract to look anything like Mahomes’ deal | Sports | buffalonews.com
The ten-year contract extension signed Monday by Kansas City Chiefs quarterback Patrick Mahomes has the potential to be worth more than $500M.

Training camp previous of the Buffalo Bills roster: Safeties – Buffalo Rumblings
Buffalo has two of the league’s best, and one has a new contract.

Buffalo Bills 2010s All-Decade team: Head coach – Buffalo Rumblings
Who was the best coach of the past decade?

Plays that defined 2019 Buffalo Bills: Home games quarterfinals – Buffalo Rumblings
Vote and decide which play will be the defining moment of the 2019 season

Plays that defined 2019 Buffalo Bills: Away game quarterfinals – Buffalo Rumblings
We kick off our tournament to crown a play to define the season with away games.

The Bruce Exclusive: the myth of running to set up the pass – Buffalo Rumblings
A myth no matter how you slice it.

Buffalo Bills 2010s All-Decade Team: Season of the decade – Buffalo Rumblings
Which year was the best year of the past decade?