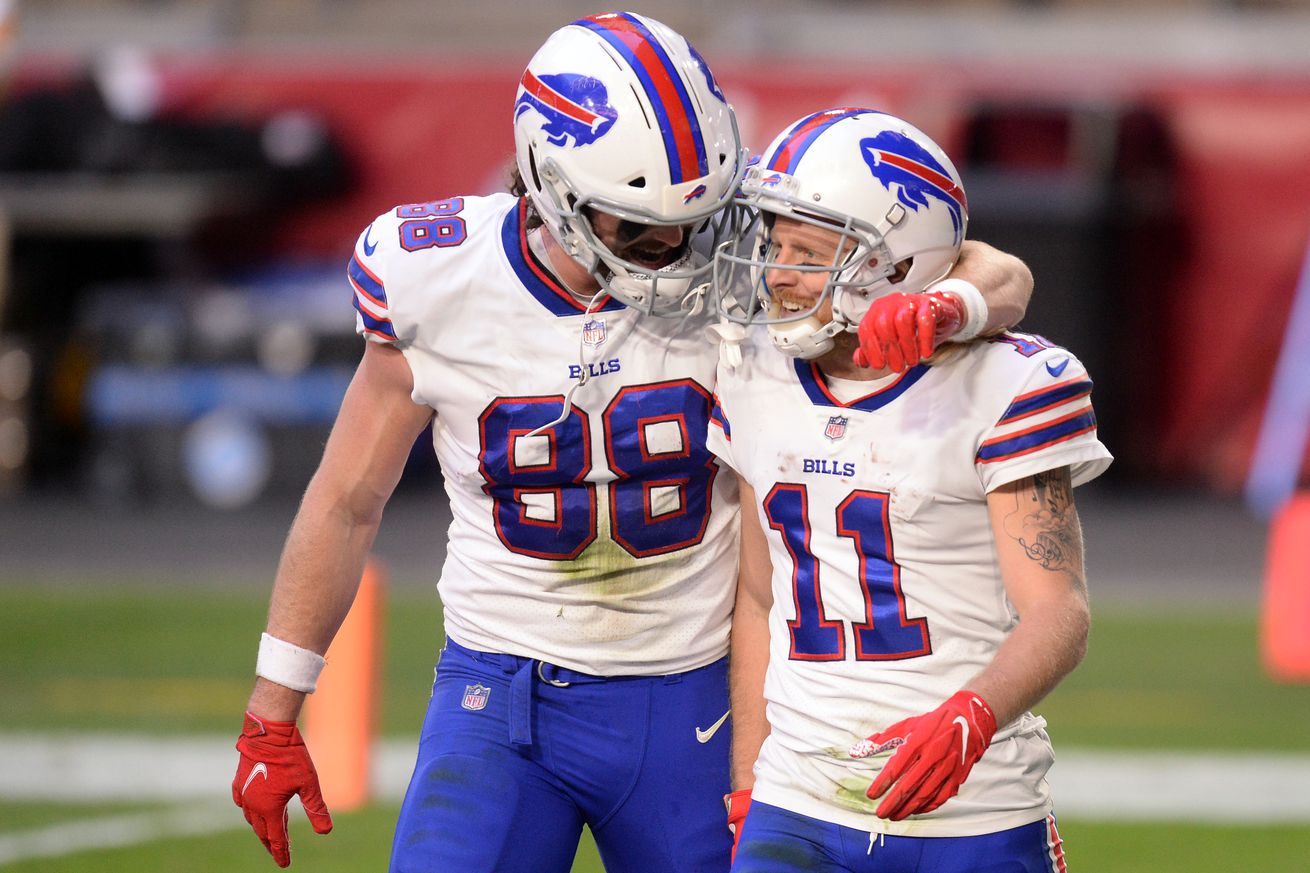 Plus, how did Josh Allen handle the Arizona Cardinals’ aggressive pressure tactics?

In today’s edition of the Buffalo Bills daily links, we hand out position-by-position grades for the Bills after their heartbreaking, gut-wrenching, 32-30 loss to the Arizona Cardinals in Week 10.

While much of the focus from Sunday’s loss will (rightfully so) go towards the improbable Hail Mary completion, it wasn’t the only reason the Bills suffered a defeat. We hear from head coach Sean McDermott and other Bills players react to the Hail Mary, analyze how the Cardinals’ ever-changing defense rattled and surprised Josh Allen, hear from one columnist why Bills fans need to take a page from the Aaron Rodgers playbook when dealing with this setback, discuss why Buffalo’s defense seems to be turning the corner, dissect the surprising news that center Mitch Morse was a healthy scratch, and much more!

Position grades: Tremaine Edmunds, A.J. Klein shine for Bills’ defense | Buffalo Bills News | NFL | buffalonews.com
Here’s a position-by-position grading of the Bills, based on video review and on a scale of 0 to 5.

Focus is on Hail Murray, but it’s not the only reason the Bills lost – Democrat & Chronicle
We will forever recount the Hail Mary ending to the game, but the Bills’ loss to the Cardinals went beyond that.

Big deal or no big deal? Appraising Bills’ crushing loss, another Seahawks setback and more – NFL.com
Week 10 provided inspiring performances, a primetime upset and one unimaginable finish. But what do these developments mean in the grand scheme of things? What’s a big deal and what isn’t? Adam Schein weighs in.

Upon Further Review: Bills have to sit with bitter taste of defeat through bye week | Buffalo Bills News | NFL | buffalonews.com
In addition to self scouting, the Bills will have an opportunity to get healthy.

R-E-L-A-X, Bills fans – WGR 550
As the Buffalo Bills head into their Week 11 bye week, don’t let the miraculous 32-30 loss to the Arizona Cardinals on Sunday afternoon bother you.

What we learned from snap counts in Bills’ Week 10 loss, game ball and more | Buffalo Bills News | NFL | buffalonews.com
Zack Moss out-snapped Devin Singletary, Cole Beasley earned the game ball, and Josh Allen said the Bills will do their best to put the heartbreaking loss to the Cardinals behind them.

Eric Wood | 5 opinions on the Bills following Week 10 – BuffaloBills.com
Despite the tough loss, former Bills center Eric Wood still believes the arrow is pointing up for this Bills team in 2020.

McDermott: Morse not playing was a ‘coach’s decision’ – WGR 550
Even though he was out of concussion protocol, practiced all week, had no injury designation, and was active, Buffalo Bills center Mitch Morse did not play on Sunday in a 32-30 road loss to the Arizona Cardinals.

Mitch Morse not playing a coaching decision and four more Bills observations | Buffalo Bills News | NFL | buffalonews.com
Head coach Sean McDermott insisted that Morse not playing was strictly a “football decision,” and had nothing to do with anything the center did–or didn’t do–off the field.

Revisiting five Buffalo Bills to watch at Arizona Cardinals – Buffalo Rumblings
The feel of this game swung so many times on Sunday.

Circling the Wagons: Buffalo Bills lose in Hail Mary fashion to the Arizona Cardinals – Buffalo Rumblings
Channeling Rodney Dangerfield “That was a rough one!” Listen now with us and find some levity!

Bills vs. Cardinals win probability recap: It felt over when it wasn’t – Buffalo Rumblings
Did you know Hail Mary throws typically fail?