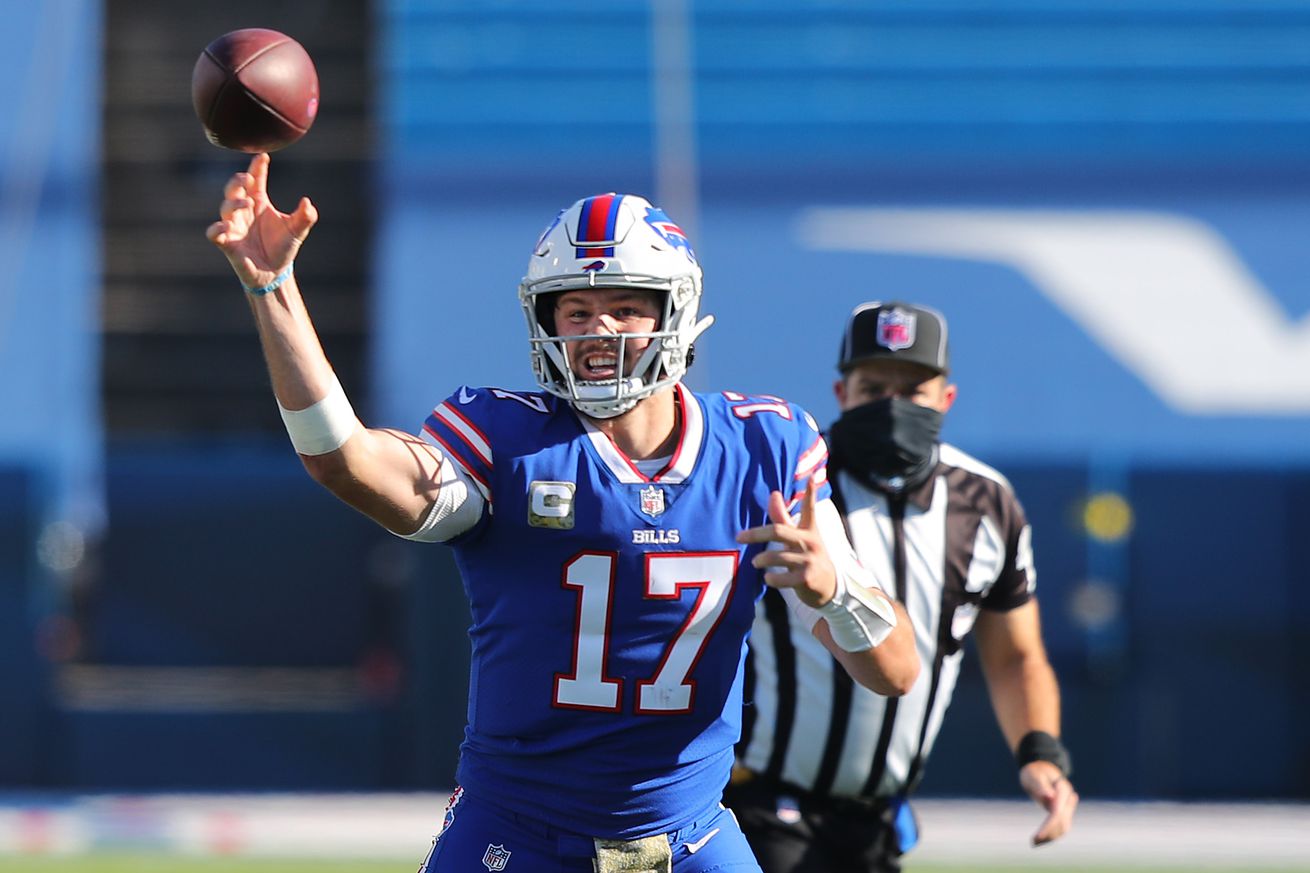 Plus, what can the Bills do to contain the scrambling Murray?

In today’s edition of the Buffalo Bills daily links, the Bills (7-2) face another big challenge in Week 10 when they travel to the desert to take on Kyler Murray and the Arizona Cardinals (5-3). We break down the key matchups to watch, beginning with whether Allen can outduel Murray in what is shaping up as a shootout.

We also analyze the matchup between All-Pro cornerback Tre’Davious White and All-Pro wide receiver DeAndre Hopkins, discuss how defensive coordinator/assistant head coach Leslie Frazier and Buffalo’s defense should attack Murray and the high-flying Cardinals’ offense, offer up reasons why Buffalo should continue to be aggressive on defense against Murray and the Cardinals’ spread attack, address what the Bills can do to contain Murray on his designed runs, dissect how wide receiver John Brown can win his matchup with cornerback Dre Kirkpatrick, offer up five Bills and five Cardinals to watch on Sunday, and much more!

Can Bills’ Josh Allen outduel Cardinals’ Kyler Murray? (6 things to watch) – newyorkupstate.com
The Bills and Cardinals will face off in Buffalo’s final matchup before their bye week.

Bills’ roadmap to beating the Cardinals in Week 10 – The Athletic
Sunday could be the first time this year that the Bills make all ten of their rostered defensive linemen active in a game. (Subscription required).

Kyler Murray and Arizona Cardinals will test Buffalo Bills defense – Democrat & Chronicle
They just dealt with the high-flying Seattle Seahawks, and now the Bills’ defense is confronted with another elite offense in Kyler Murray and the Cardinals.

Take Five: Bills’ defense functions best when it’s aggressive | Buffalo Bills News | NFL | buffalonews.com
Rather than throwing a virtual wide net around the pocket and being overly cautious about over-pursuit with the rush, the Bills should not hesitate to get after Kyler Murray.

Patrick Peterson lays out Cardinals’ plan to shut down Josh Allen, Bills offense – newyorkupstate.com
Peterson: “This is probably gonna be the best receiving corps we’ve played against all year, top to bottom.”

How will Bills fare against Arizona Cardinals in Week 10? | Buffalo Bills News | NFL | buffalonews.com
Here is how The News’ sports writers see Sunday’s game between the Bills and Arizona Cardinals.

Bills’ Cody Ford and Micah Hyde questionable for game at Arizona Cardinals | Buffalo Bills News | NFL | buffalonews.com
Hyde was added to the injury report Thursday with an ankle injury and did not practice Friday.

Bills mailbag: Dawson Knox, Tyler Bass and more – The Athletic
The Bills are sitting pretty in the AFC playoff picture, but that doesn’t mean there aren’t questions surrounding this group. (Subscription required).

Which NFL Teams Have Been The Luckiest — And The Unluckiest — This Season? | FiveThirtyEight
Halfway through the 2020 NFL season, we have a decent idea about who the best and worst teams are — even if most of this year’s contenders have flaws that could keep them from reaching their full potential in the playoffs.

Bills Today | ESPN calls this Buffalo’s biggest surprise at the midseason mark – BuffaloBills.com
Here are three things to know about the Bills for Saturday, Nov. 14.

NFL.com analyst has Bills making the Super Bowl. We asked him why | Buffalo Bills News | NFL | buffalonews.com
“It was a little bit of a reach for me, but I wanted to step out because I think all of the top teams have some holes this year,” said writer Lance Zeirlein.

Five Buffalo Bills to watch at the Arizona Cardinals – Buffalo Rumblings
The Bills would win their fourth in a row if they take care of business in the desert.

Five Arizona Cardinals to watch against the Buffalo Bills – Buffalo Rumblings
Kyler Murray is a dual-threat quarterback whom the Bills will try to contain.

Analysis: How the Buffalo Bills should attack the Arizona Cardinals – Buffalo Rumblings
Olé.

The Speed Option: Arizona Cardinals – Buffalo Rumblings
The Bills head to Arizona to take on Kliff and Kyler.

Buffalo Bills opponent preview: Arizona safety Budda Baker – Buffalo Rumblings
Did he recover from being chased down by DK Metcalf?

All-22 analysis: How has the Stefon Diggs trade panned out for the Buffalo Bills? – Buffalo Rumblings
Bills fans are dying to know if Stefon Diggs is a hit or a miss in Buffalo.

Buffalo Bills Fantasy Football Preview: Is Zack Moss the RB1 in Buffalo? – Buffalo Rumblings
It looks like the rookie could be moving up the depth chart.