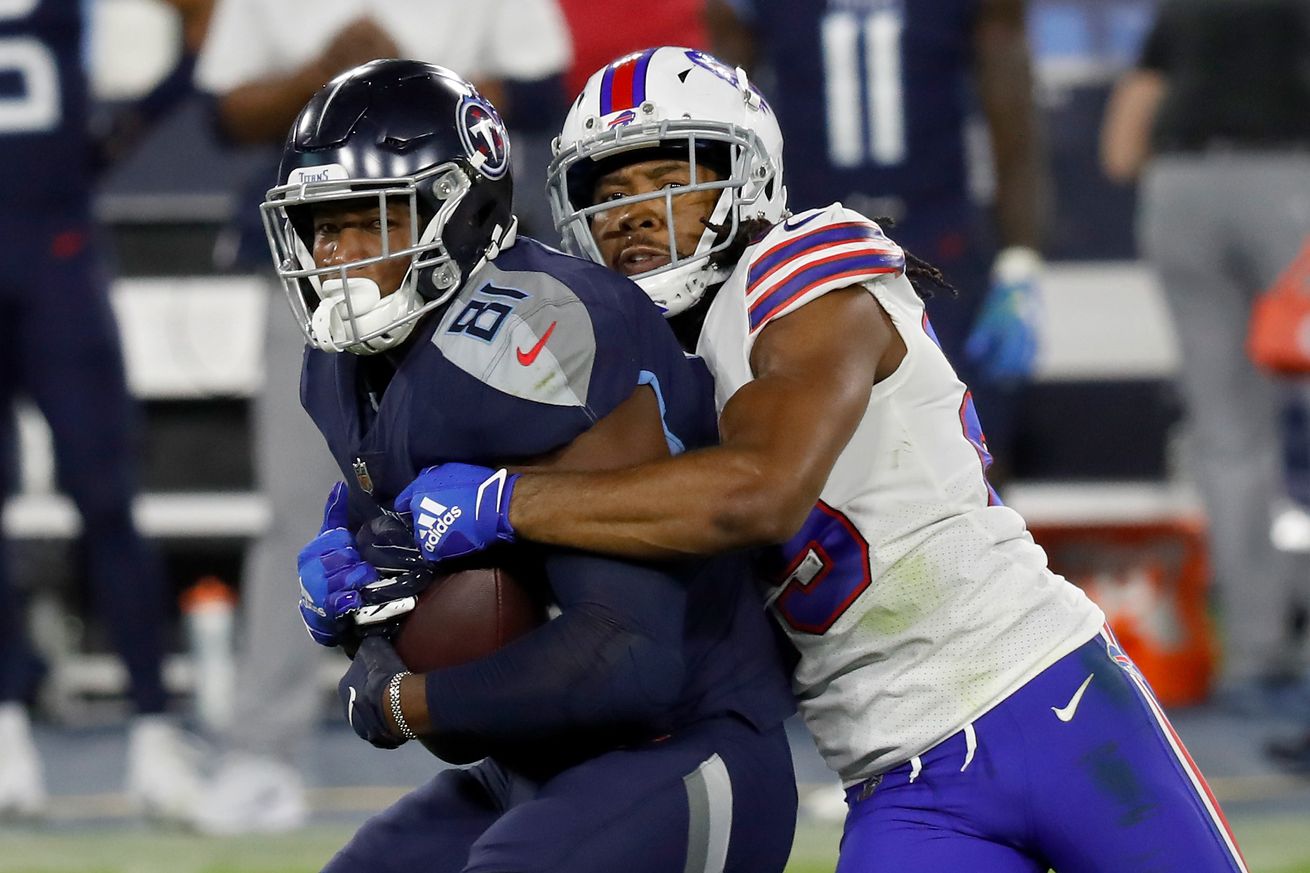 Plus, why Buffalo needs to get more from its 2019 draft class

In today’s edition of the Buffalo Bills daily links, we address the state of the Bills’ defense, which is coming off an abysmal performance in a 42-16 loss to the Tennessee Titans.

The task only gets tougher with the defending Super Bowl champion Kansas City Chiefs coming to Bills Stadium on Monday night. We hear from head coach Sean McDermott and defensive coordinator/assistant head coach Leslie Frazier on the defense’s shortcomings, examine what has happened to the Bills’ pass rush, and discuss the health of linebacker Tremaine Edmunds.

We also discuss why the Bills need to get more contributions from their 2019 draft class, led by running back Devin Singletary, tight end Dawson Knox and defensive tackle Ed Oliver. We break down the news that former Pittsburgh Steelers/New York Jets running back Le’Veon Bell opted to sign with the Chiefs instead of coming to Buffalo, get the latest injury updates on cornerback Tre’Davious White, linebacker Matt Milano, wide receiver John Brown and others, examine the mutual respect between quarterbacks Josh Allen and Patrick Mahomes, and much more!

McDermott, Frazier address defensive shortcomings – Democrat & Chronicle
After an uncharacteristically terrible performance in Tennessee, the Bills’ defense needs to get right quick with the Chiefs up next.

Bills’ defense reeling entering showdown with explosive Chiefs – Buffalo Bills Blog- ESPN
A pass defense that was stellar the past two seasons has been getting torched, and QB Patrick Mahomes, the 2018 NFL MVP, is next on the schedule.

Bills need more from their 2019 draft class, and other final Titans thoughts – The Athletic
The most troubling part about Singletary’s start is the way defenses are playing against him, and eyes are on Knox and Oliver, too. (Subscription required).

Le’Veon Bell chooses Chiefs over Bills – Democrat & Chronicle
Bell could have improved Buffalo’s backfield but instead opted to sign with the defending Super Bowl champions.

Le’Veon Bell chooses Chiefs over Bills – WGR 550
Veteran running back Le’Veon Bell has signed with the Kansas City Chiefs on Thursday after reportedly cutting his list of suitors down to three teams, including the Buffalo Bills.

Chiefs’ Le’Veon Bell: Bills won’t see RB on Monday Night Football – newyorkupstate.com
Bell has to go through the COVID protocols before he can practice with Kansas City.

Bills’ Josh Allen thinks he must play key role in beating Patrick Mahomes, Chiefs – newyorkupstate.com
Allen on Mahomes: “On the field, the things that he does, is second to none. It’s fun to watch him.”

Bills Today | Mutual respect between Josh Allen and Patrick Mahomes – BuffaloBills.com
Here are three things to know about the Bills for Friday, Oct. 16.

Buffalo Bills Thursday Thought: It’s not time to panic…yet. – Buffalo Fanatics – Buffalo Bills
The Buffalo Bills got hammered on Tuesday by the Tennessee Titans. Despite the loss there is no need to panic quite yet.

AFC East Roundup: Week 5’s news around the division – Buffalo Rumblings
We recap the week that was in the AFC East.