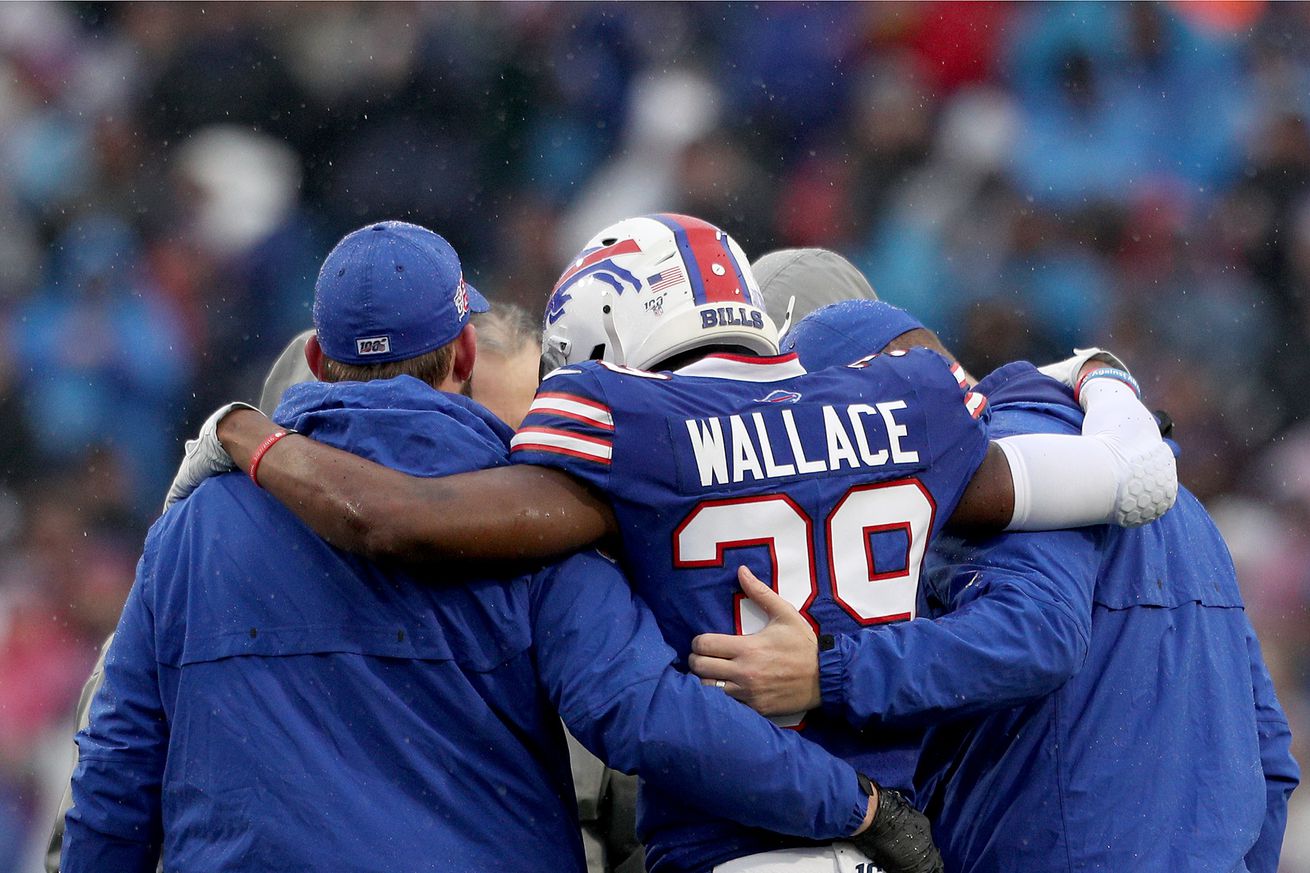 Their top cornerbacks are dropping out.

The Buffalo Bills are inching toward the start of the 2020 season but their cornerback depth is being tested. With roster cuts coming this weekend, the Bills have several players on the sideline at CB, including two potential starters.

On Wednesday, incumbent starter Levi Wallace joined presumed starter Josh Norman on the “OUT” list as he missed the day with hamstring tightness. Head coach Sean McDermott says that are treating it as a “day to day” injury so hopefully he can return soon.

Norman has missed more than a week of practice with his hamstring injury and his prospects for Week 1 still seem up in the air. Both McDermott and defensive coordinator Leslie Frazier talked about him “maybe” being ready to practice before Week 1.

Adding to the pile up, rookie Dane Jackson also sat out Wednesday’s practice.

Past All-Pro Tre’Davious White, the Bills might be starting 2019 UDFA Cam Lewis on the other side or newly-signed Brian Allen. McDermott mentioned that safety Siran Neal can play some outside cornerback, as well.

Taron Johnson has played almost exclusively in the slot cornerback role through his oft-documented injuries.

There are ten days until the game, but with those roster cuts looming, the Bills may have to keep extra cornerbacks in case their starters can’t go. The New York Jets are expected to be a pass-heavy team on opening day.