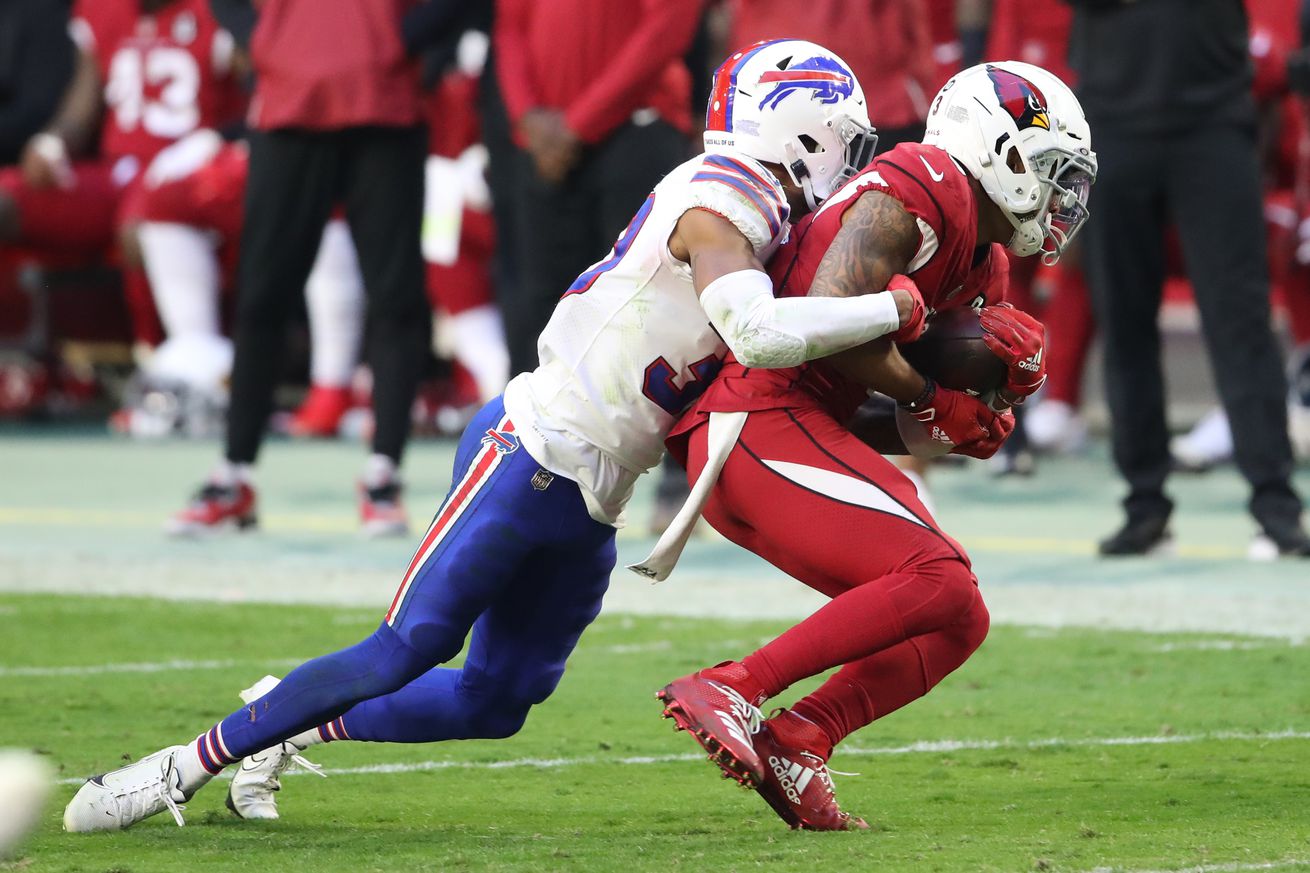 The Buffalo Bills were already really thin at cornerback. Then in the third quarter, Dane Jackson went down with a knee injury and suddenly the Bills were in more dire straights.

Let’s go further back. Josh Norman, coming back from a hamstring injury, tested positive for COVID-19 this week. He had close contact with Levi Wallace, who would have been the starting cornerback in his place. Cam Lewis, who was on the active roster for several weeks, broke his wrist a couple games ago and is on injured reserve. So Jackson was already the fourth option at CB2. Now, Daryl Worley is in the game. Worley was signed less than two weeks ago after being released by the Dallas Cowboys. Siran Neal is the last cornerback on Buffalo’s roster, unless they drop Micah Hyde to CB.

With the Arizona Cardinals down 14 points, it seems like it might turn into a passing game over the last 20 minutes.