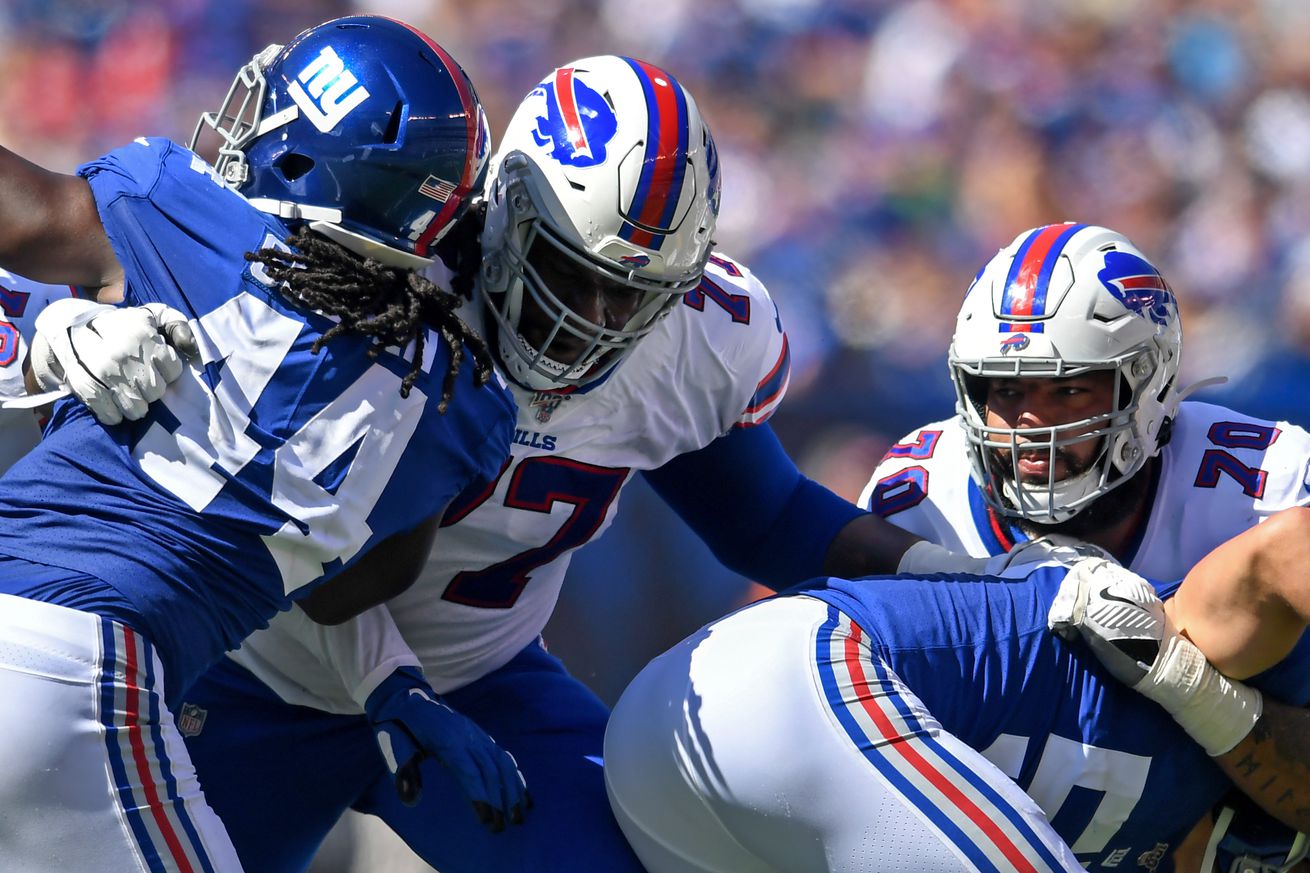 After a full summer of a locked-down training camp and reporters with their hands tied, the Buffalo Bills finally released their roster’s depth chart. It only took them until four days remained before their season opener against the New York Jets.

The most immediate piece that stands out from the roster is the right side of the offensive line. Sean McDermott consistently rotated starters at right guard and right tackle throughout training camp (at least, as much as we could surmise from practice highlight reels. Remember, he didn’t allow the media to announce who played with which “opportunity group”). As far as McDermott wants us to know, the Bills are still unsettled. Are Cody Ford and Daryl Williams right guards or right tackles? Is Brian Winters actually in the running to start? What about Ty Nsekhe? Will the Bills continue rotating offensive linemen in the middle of a game, a highly unusual practice they debuted with Ford’s rookie season?

Of course, this could all just be gamesmanship from McDermott, who knows exactly who will start on Sunday but wants to catch the Jets unprepared and wants his starters to feel like they “earned it.” We’ll see.

Meanwhile, the remainder of the offensive lineup is as expected, with almost every starter returning from last season. Stefon Diggs is obviously a massive upgrade over 2019’s Zay Jones, though.

On defense, we see a few more insights: Josh Norman is the listed starter over Levi Wallace, though Norman’s hamstring injury might prevent him from starting on opening day. Trent Murphy is a starter while Mario Addison is listed as Jerry Hughes’s backup, but that could be a personal preference for the team’s RDE/LDE lineup. Second round pick A.J. Epenesa is actually the third string defensive end, behind last year’s seventh rounder Darryl Johnson.

Newcomers Vernon Butler and A.J. Klein are the listed starters at defensive tackle and SAM linebacker, and it might be noteworthy that former undrafted linebacker Tyrel Dodson is a second stringer ahead of veteran Tyler Matakevich – but keep in mind that Matakevich was signed for one reason: his aptitude on special teams.