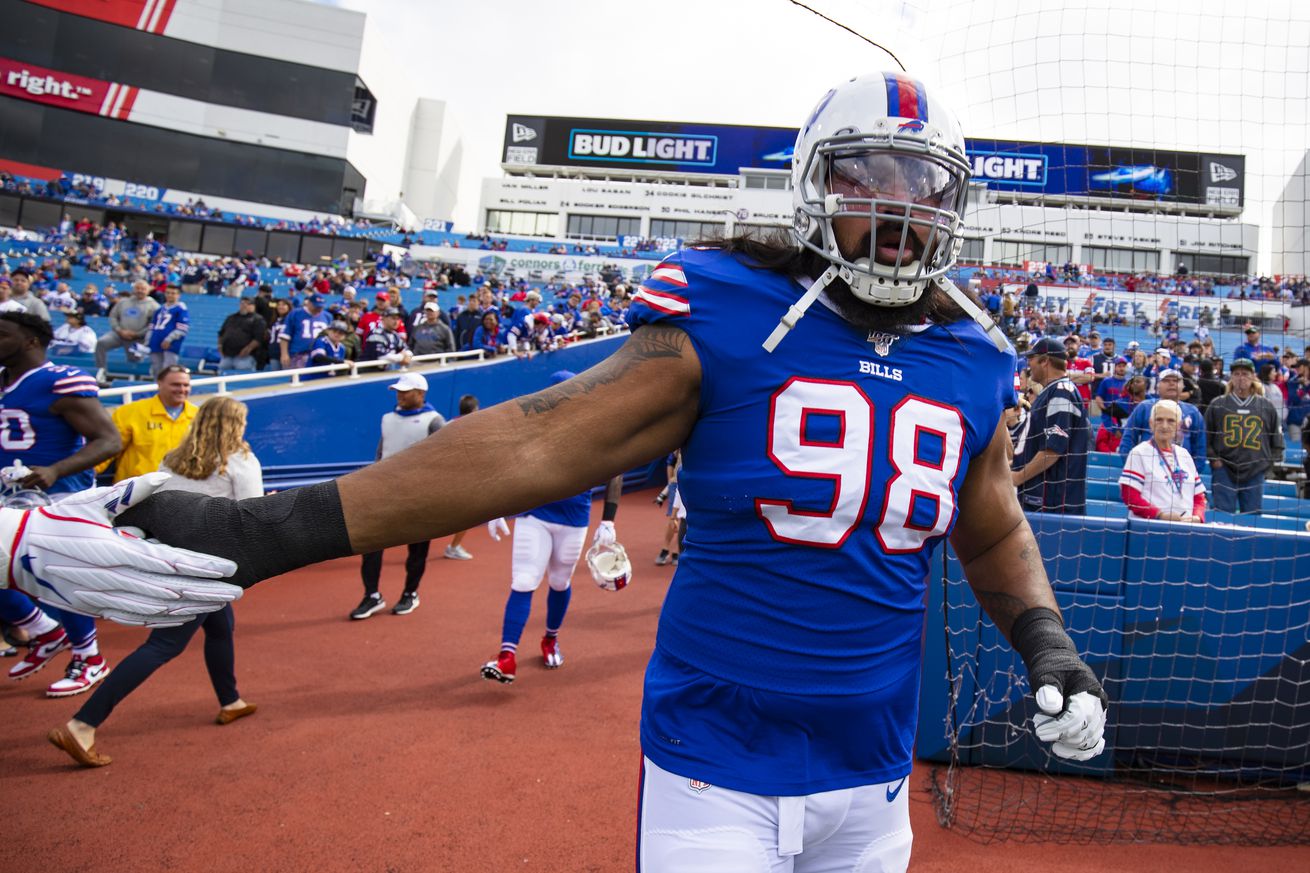 Star Lotulelei and E.J. Gaines have opted out so far.

With the deadline for NFL players to opt out of the NFL season rapidly approaching, more clarity is emerging on how the salary cap is going to be impacted. With players contracts being pushed back a year with the opt out, the entire cap hit is being pushed back, not just salary. The latest clarification was reported by Tom Pelissero at NFL Network.

Previously, it was thought that only the base salary for that year would be pushed back one season, but the new clarification includes all incentive bonus and pro-rated signing bonus money.

Defensive tackle Star Lotulelei was scheduled to count more than $7 million against the cap in 2020 with $4.5 million being salary and $2.6 million being signing bonus. Now that entire $7 million cap hit has been moved to 2021 while Lotulelei collects a $150,000 advance on his salary in 2020.

Combined, the Bills will gain more than $8 million in salary cap space in 2020, putting them at over $27 million total room under the salary cap. (We don’t have the salary figure for guard Brian Winters yet, so that will likely go down.)

One thing to keep in mind is that those contracts will toll in 2021 and the salary cap is expected to go down next year as revenue goes down, so Buffalo rolling over a significant amount of unused cap would be wise when they have to re-sign Dion Dawkins, Matt Milano, and possibly Tre’Davious White.