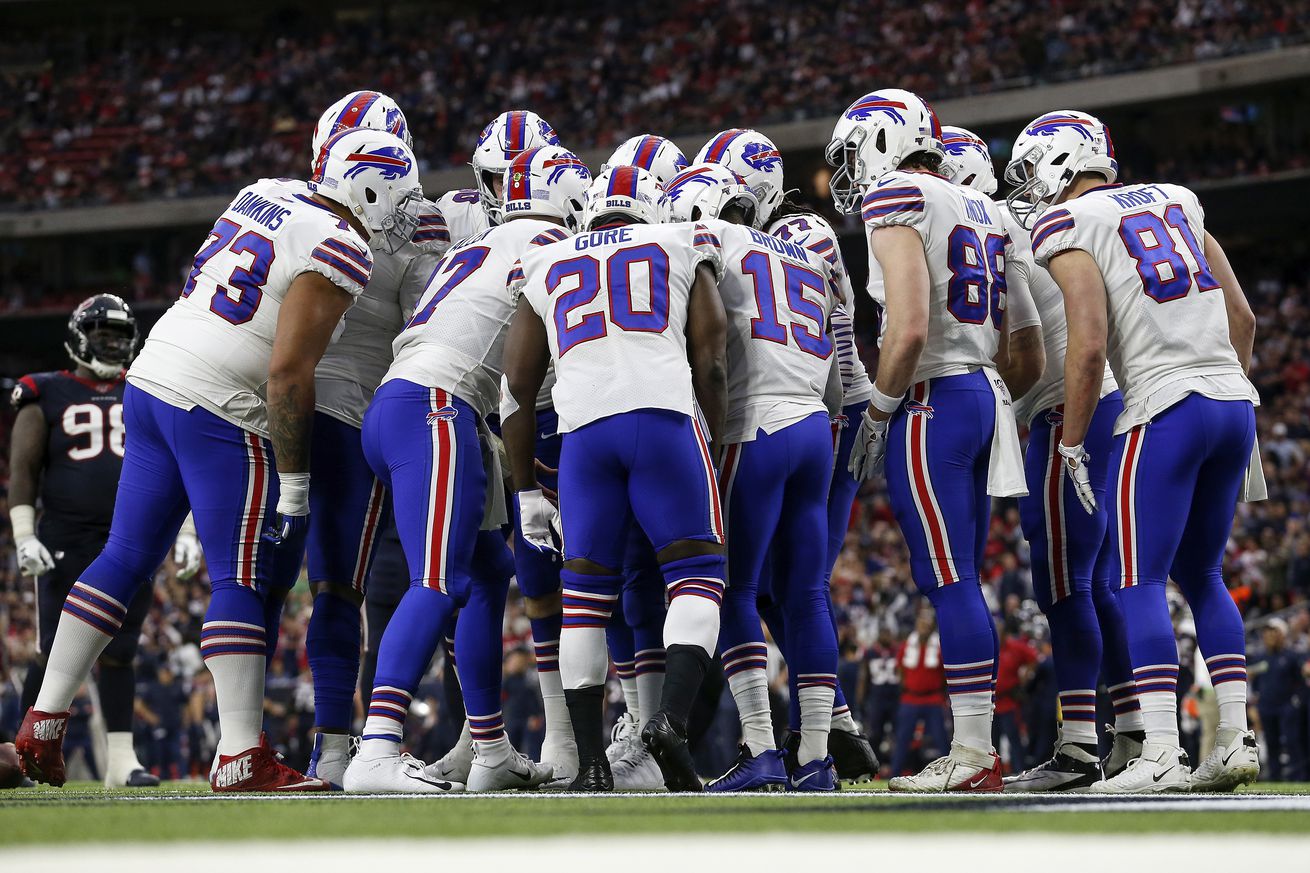 Coronavirus has changed some things.

The coronavirus has altered the landscape in the NFL, and you’ll see big changes in this Buffalo Bills 53-man roster projection because of it. With a looming salary cap shortfall and big contracts to sign, the Bills will be more likely to shed salary with players who were previously on the bubble. At the same time, the practice squad additions will be even more valuable now that six players can have an unlimited number of accrued seasons.

Note: We’re listing the players in each group in alphabetical order.

No changes since last time except for it’s really likely Webb makes the practice squad. In fact, it wouldn’t surprise us if he’s isolated from the team and is quarantined in the event something happens to the three members of the QB room. There has been some chatter that teams could go with two QBs on the active roster and place two QBs in the protected spots on the practice squad, but either way I think all four are in the QB room in September.

The last time I did a roster projection was before the UDFAs signed, so Gilliam wasn’t on the roster yet. Even then, I would have put DiMarco ahead of him. With the salary cap crunch coming in 2021, having the fourth-highest-paid FB in the NFL on your roster doesn’t seem to make sense when his snap count cratered in 2020. The Bills save $1.4 million by releasing DiMarco, but only $800k when you factor in they have to pay Gilliam. It’s not an open and shut case.

This group is such a great mix of talent, youth, and skill set. While I’m sure some folks want to see them move on from Smith, he played 30% of the snaps last year and while that number diminished over the course of the season, it jumped up to 47% in their playoff-clinching win over Pittsburgh. If Brian Daboll wants to go pass-heavy on offense, moving on from Smith becomes a possibility but it’s a gamble. Croom is a priority practice squad player for me.

Roberts is expensive and I took him out of the last 53-man roster, but with the expansion of the practice squad and the ability to protect players there, it makes sense now that Buffalo could cut Hodgins and give him a redshirt year. Williams could end up on the practice squad, too. Foster makes the team because of his massive special teams ability, but he was my last guy in.

The Bills probably wanted to upgrade here this offseason, but they are left with the same four as last year. I don’t see a place for Boettger on the team with Ryan Bates, Darryl Williams, and Cody Ford able to kick inside to guard. Boettger makes a strong case for that extra practice squad spot, though.

Williams is cheaper than Nsekhe and can kick inside to guard. If they feel comfortable enough with Ford, cutting the expensive veteran to save $3.2 million could be important for re-signing Dawkins long-term. I don’t think he has trade value with the contract, but Nsekhe will land as a top backup somewhere.

We put them all together since there is so much position versatility here. several guys will play DT and DE as the Bills try to generate a pass rush from multiple positions and replace the line snaps from the retired Lorenzo Alexander. With the ability to protect Johnson and/or Love on the practice squad, they don’t need to keep Murphy on the active roster. This will save them $8 million to go towards re-signing Matt Milano or Tre’Davious White while also opening up a roster spot for another player who’s in the long-term plans.

With the trade or release of Murphy, Dodson makes his way onto the roster. I had wanted to keep six LBs before but didn’t know where I could cut another player to make room. Klein replaces Alexander as the nominal starter.

A solid group overall, there isn’t room to stash Jackson on the active roster so it’s hopefully to the practice squad with him and Lewis. If he has a good preseason and training camp (whatever that looks like), it’s very possible Jackson can beat out Gaines for the last spot here.

Johnson is another guy who is a bubble guy I just can’t find room for. He’s a priority on the practice squad because they are very thin at safety. I want Taylor, too.

Still a chance they could upgrade at punter. If you remember, Bojorquez was a post-camp add a couple years ago and they could look to similarly upgrade this year. They don’t want to rely on a rookie, but Hauschka’s inability to convert beyond 50 was noteworthy AND they can save a significant amount of money on the 2020 and 2021 caps which they are going to need.

If you put returner Andre Roberts and core special teamers Robert Foster and Taiwan Jones in the special teams bucket and take them off the offense, you get 24 players on offense and 23 players on defense.

There’s no way around cutting quality players—and some of them are going to end up being claimed by other teams—but Buffalo’s practice squad could be pretty good, too. Remember it’s expanded in 2020 with the new CBA and the COVID modifications, so 16 players plus the IPP exemption for Wade.