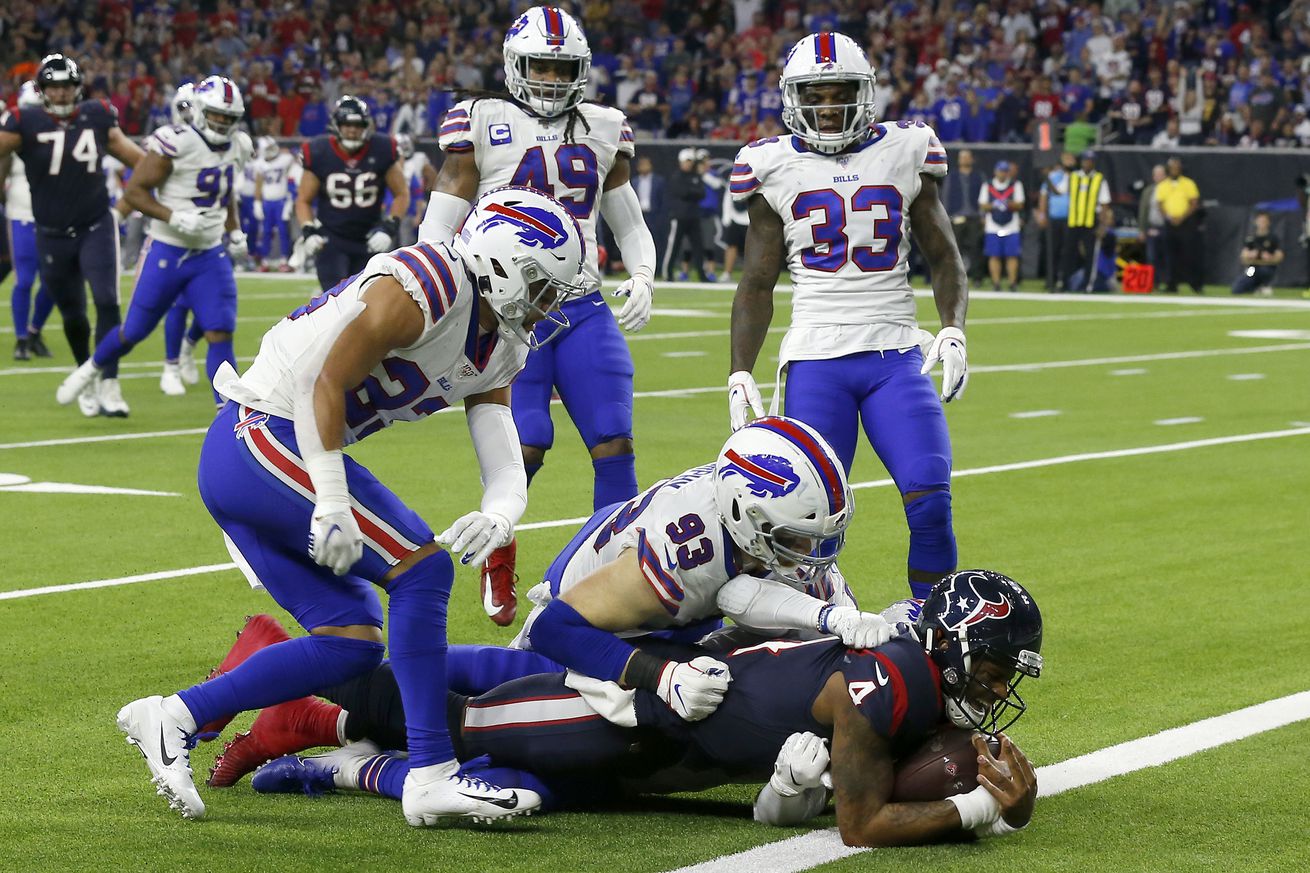 Who does the Buffalo media have making the Bills in 2020?

In addition to the 53-man roster projections you get here at Buffalo Rumblings, the Buffalo media has their own thoughts on who ends up making the team as cutdown looms ever closer. You can find their thoughts in the links below. As more projections are posted, they will be added here, and if you come across any not listed, let us know in the comments below!

Matthew Fairburn of The Athletic

Matt Parrino of NYUP and Syracuse.com

Sal Maiorana of the Democrat an Chronicle

Jay Skurski of The Buffalo News

Ryan Talbot of NYUP and Syracuse.com

Here are the highlighted differences:

Most folks have the Bills only keeping two QBs, but Fairburn, Maiorana, and Warren have them adding Davis Webb to the mix. Skurski and Wojton have Fromm as the third QB.

Chalk. Everyone had Devin Singletary, Zack Moss, T.J. Yeldon, Taiwan Jones, and Patrick DiMarco making the team, though Scott and Maiorana have them placing DiMarco on short-term IR. Scott adds Reggie Gilliam in place of DiMarco.

Everyone had three with Dawson Knox, Tyler Kroft, and Lee Smith with Tommy Sweeney starting on PUP.

Here are the folks on each list: Dion Dawkins, Quinton Spain, Mitch Morse, Daryl Williams, Cody Ford, Ty Nsekhe, Evan Boehm, and Ryan Bates with Jon Feliciano on the 53-man projection or injured reserve for everyone, as well. Scott, Maiorana, Parrino, and Louis-Jacques had Brian Winters making the team.

A few locks to get us started: Matt Milano, Tremaine Edmunds, A.J. Klein, and Tyler Matakevich are on everyone’s list. Smith is on everyone’s list except Scott, who made his projection before the Bills traded for the former Panther. He has Vosean Joseph in that spot. Skurski has them keeping just five while everyone else adds Tyrel Dodson.

The CB spot has four that were unanimous selections: Tre’Davious White, Levi Wallace, Josh Norman, and Taron Johnson. Dane Jackson was the most popular fifth option, appearing on everyone’s list but Parrino, Maiorana, and Talbot, who had Cam Lewis instead.

Jaquan Johnson is the only wild card after the top four locks. He still makes it on everyone’s list. One thing to note: some of the reporters listed Siran Neal as a safety while others had him at CB. We kept him at safety since that’s where the team officially lists him.

No one went out on a limb here.