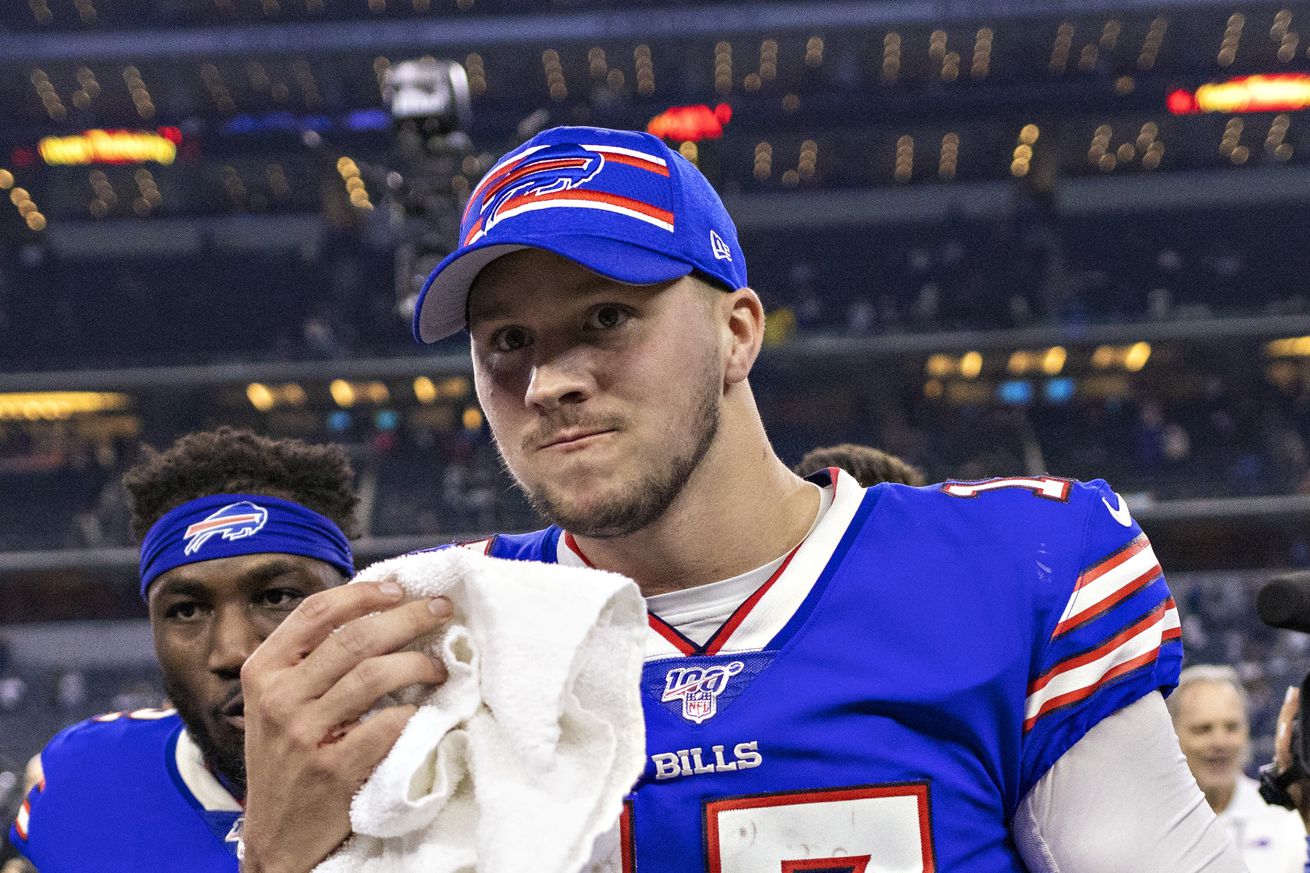 Which year was the best year of the past decade?

The Bills began 2014 with a 2-2 record, when head coach Doug Marrone made the pivotal move of the season: he benched 2013’s first-round pick, EJ Manuel, for veteran Kyle Orton. It signaled that Marrone had no confidence in his “handpicked” young quarterback, and to his credit, Orton did outplay Manuel and turn in one of the better passing seasons the Bills have seen this century.

The Bills had trouble putting together strings of wins, and hovered around .500 for most of the season. They weren’t in playoff position by the end of the year, but they did finish with a 9-7 record. That was the team’s first winning record in a decade (2004).

High point: This was either entering the bye week with a 5-3 record, or the consecutive 38-3 and 26-10 stompings to set up a 7-5 record with four games remaining. The Bills would play their remaining weeks to a 2-2 sheet, however, with critical losses to the Denver Broncos and Oakland Raiders dooming their playoff hopes.

Memorable moment: Kyle Orton, following the last game of the season, tells reporters he’ll be right back and leaves the locker room. He never returns, choosing to retire that day. Doug Marrone takes a page from Orton’s book and quits his job on New Year’s Eve after the end of the season.

Morose Marrone is out, and Bold and Brash Ryan saunters into One Bills Drive to take his place. The 2015 season featured massive hype and the breakout debut of Tyrod Taylor (and Lorenzo Alexander’s own Pro Bowl season). It also fizzled when the team couldn’t sustain a winning streak for its life.

Taylor really was remarkable in that first season. He scored 24 touchdowns, only turned the ball over five times (four interceptions, one fumble), and paired with LeSean McCoy and Karlos Williams (with Greg Roman directing the action) to set up the league-leading rushing offense.

Unfortunately, the defense just didn’t gel. Mario Williams and Marcell Dareus regressed in a significant way from their All-Pro 2014 season. The team allowed at least 30 points in five games, all losses.

High point: The Bills score 22 unanswered points against Ryan’s former team and defeat the New York Jets to advance to 5-4 on the season. With three winnable AFC games on the docket, they could be in line for a playoff run. However, the Bills would go 3-4 in their remaining games on the season.

Memorable moment: Oh man, how can I pick just one? It’s thanks in part to Ryan that we debuted our April Fools headlines gag series. Let’s go with the IK Enemkpali saga, where he punched his teammate, was suspended and cut by the Jets, signed with the Bills, and was named a team captain by the time the Bills played the Jets.

We all know why this season’s here. It’s the one that threw the monkey off its back, the one that kicked out the elephant in the room. This team made the playoffs for the first time since the 1999-2000 season.

Bold and Brash? More like “belongs in the trash.” The new hotness was the methodical, intense former Carolina Panthers defensive coordinator Sean McDermott. He immediately transformed the team in a major way, cutting and trading many of the team’s former players and replacing them with older journeymen. It was a confident, almost arrogant plan, but McDermott told fans to “trust the process”.

Somehow… he wasn’t wrong. The team embraced the chip on its shoulder and started with a 5-2 record, the best start since 2011 (oh what a year that was). Then they lost their next three games, including two weeks where they were outscored 101-34, and things looked bleak. But the Bills won four more games, all by one score, and snuck into the playoffs by the skin of their teeth.

High point: On New Year’s Eve, the Bills stave off a desperate Miami Dolphins comeback attempt to win 22-16 and finish the season with a 9-7 record. Hours later, with the Bills on the brink of playoff elimination, Andy Dalton completes a touchdown pass to Tyler Boyd to defeat the Baltimore Ravens and send the Bills to the playoffs. The Bills would later lose 10-3 in an ugly defensive battle against the Jacksonville Jaguars.

2017 proved the Buffalo Bills were capable of reaching the playoffs. 2018, then, became about setting the Bills up for success, and 2019 was to prove that the Bills deserved to be there. It was head coach Sean McDermott’s and general manager Brandon Beane’s third season at the helm.

The Bills narrowly escaped with a 17-16 win on opening day, but otherwise they were… doing fine? The team started 3-0, and narrowly lost 16-10 against the New England Patriots. The Bills made it to the goalline against the Patriots, but Josh Allen was out with a concussion and Matt Barkley couldn’t seal the deal.

Allen returned to action the next week to lead the team to a 14-7 win over the Tennessee Titans, then the team hit a groove. The Bills won seven of their next ten games to reach 10-4 and qualify for the playoffs. They failed to maintain a lead against the Patriots in week 16 (which would’ve had the team in position to win the division) and lost to the Jets in a game where they rested their starters before the playoffs.

The Bills then advanced to the Wild Card round, where they built a 16-0 lead against the Houston Texans —only to see it all collapse over the second half of the game. They would ultimately lose 22-19 after Deshaun Watson miraculously escaped a sack and hit Taiwan Jones with a pass to put the Texans in field goal range.

High point: The Bills, flexed to Sunday Night Football against the Pittsburgh Steelers, intercept Duck Hodges four times to set up a 17-10 win. They advance to 10-4 and qualify for the playoffs with two weeks remaining in the season.

Memorable moment: The Bills played their first Thanksgiving game since 1994 and confidently announced to the world “we’re back.” Buffalo scored 26 unanswered points, dominated the Dallas Cowboys on offense and defense, and Josh Allen ate a turkey leg in the post-win interview.

You need to pick one of these seasons to represent the Bills of the past decade. Which will you choose? Vote below!