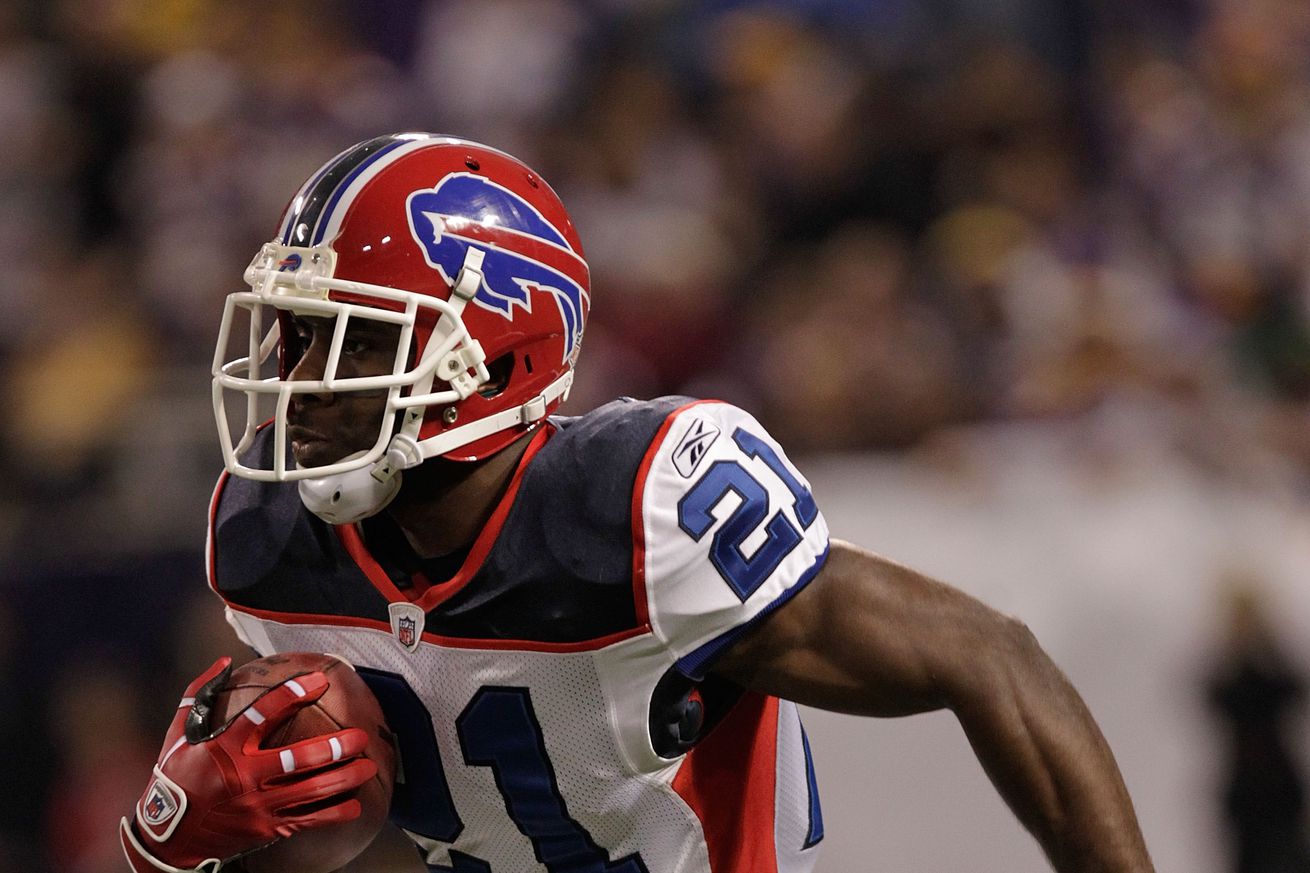 We’re getting closer to the end of our series, and it’s time to talk kick returners. During the 2000’s, Terrence McGee and Nate Clements starred in this role. The kickoff rules changed in a major way near the start of the next decade. Who stood out in this era? Let’s break it down.

The Buffalo Bills had hoped to install first-round pick Spiller directly into their offense, but the rookie didn’t adjust quickly to the NFL level of competition. One area where the team saw immediate payoffs was special teams, with Spiller as their primary kick returner.

Keeping in mind that 2010 was the last year where the NFL kicked off from the 30-yard line instead of the 35, Spiller had plenty of returning opportunities, and he ran with 44 of them. That included a 95-yard touchdown in his third career game, a 38-30 loss to the New England Patriots.

The following season, Spiller only attempted six kick returns, a sign of how dramatically the new rule changed the kicking game.

In 2014, Spiller had settled into a tertiary offensive role again, which opened up another opportunity on special teams. He returned ten kickoffs that year, including a career-long 102-yard touchdown return against the Miami Dolphins.

All-in-all, Spiller leads the Bills of the 2010’s in kickoff return yardage and touchdowns.

McKelvin’s history as a kick returner is a classic tragedy. As a rookie, McKelvin was sensational, with 52 returns for 1,468 yards and a 98-yard touchdown. In the season opener for his sophomore year, he was ready for more, but fumbled away a kickoff at the end of New England’s 25-24 comeback win over the Bills. That blunder, put into context with a losing streak against a dominant rival, ended any trust in McKelvin’s returning talents. The team essentially removed him from kickoff duty for the rest of the year.

Flash forward to the 2010’s. McKelvin was still used as a kick returner from time to time, though he did most of his damage on the punting unit (not covered here). He didn’t run back any touchdowns, but he did have long returns of 49 and 59 yards.

Speaking of the kickoff rule having a dramatic impact, let’s talk about Brad Smith. The RB/WR/QB/KR looked like a possible breakout star in the wake of the Wildcat package, and he’d returned three kickoffs for touchdowns in two years before signing a four-year, $15 million contract with the Bills.

Of course, the Bills paid him just before the kickoff rule changed. In 2011, he only returned 15 kicks for an average of 18.8 yards.

Smith adjusted the following year, with a higher overall average. Though he still only returned 18 kicks, he ran one of them 89 yards to the end zone.

The Bills released Smith in 2013, and he finished up his career with the Philadelphia Eagles.

Return specialist Tate signed a pair of one-year deals to play with the Bills in the 2016 and 2017 seasons. Over those two years, he returned enough kicks to have the second-most return yards of any of the Bills from the past decade. He’s another player who doubled as a punt returner (and was more prolific there), but he did still have some highlights on kickoffs, including a 45-yard return in 2016.

Punt and kick returner for the 2019 Bills, Roberts is the only member of this group to be selected to the Pro Bowl as a returner—though arguably, it was thanks to his reputation from his 2018 All-Pro season, rather than outstanding achievements in 2019.

That’s not to say that he didn’t have an impact. The 2018 Bills had a woeful kick return average of 21.2 yards. Roberts elevated that team average to 25.1 with his results, including a 66-yard return.

Roberts is still signed with the Bills for 2020, but the team will need to make a tough decision with their group of receivers. They added Stefon Diggs and drafted two rookie wideouts, so Roberts could be on the outside looking in for 2020.

So, which kick returner deserves to represent the Bills of the 2010’s? Place your vote.