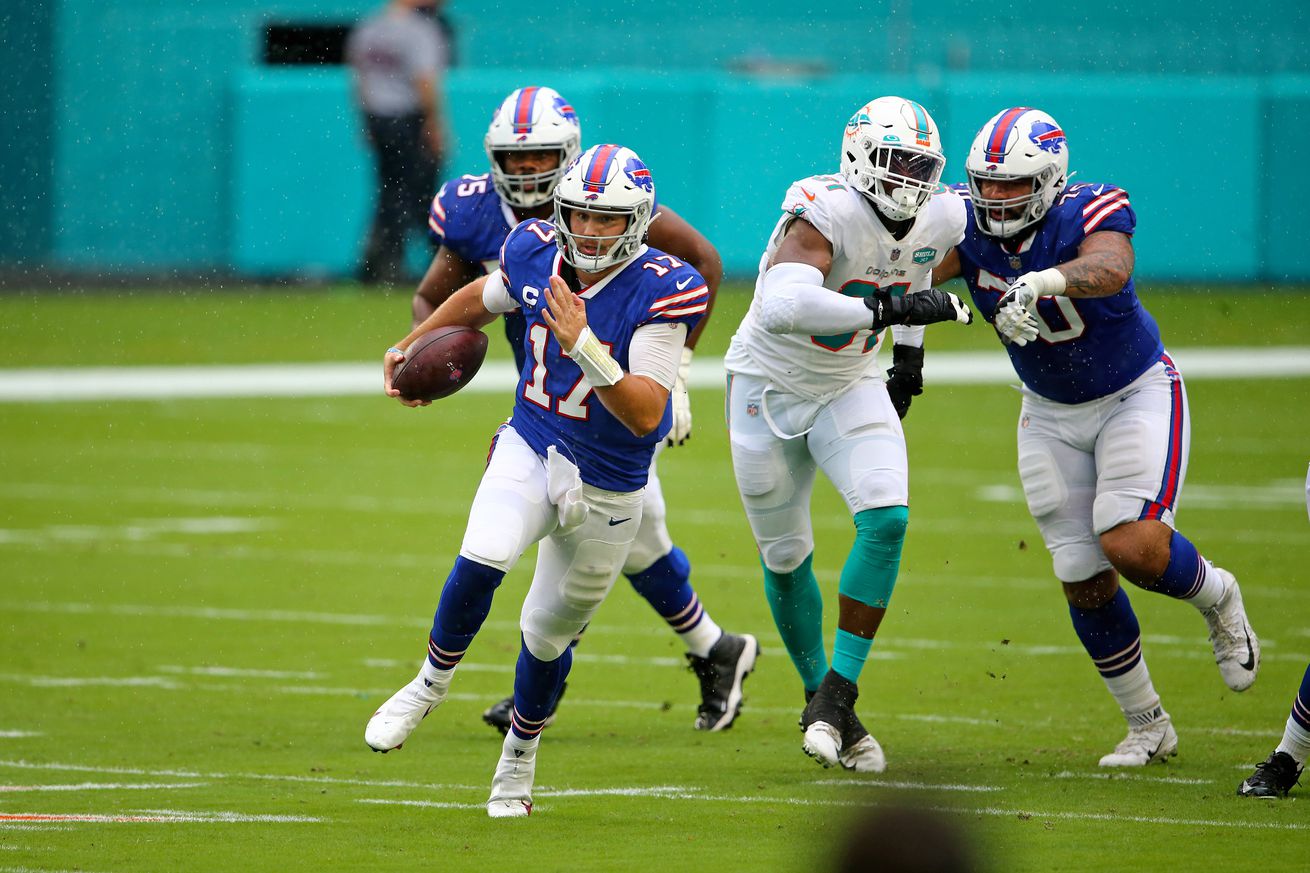 Great first half for the Bills!

Through two quarters, a pounding rain, a power outage, and a few questionable referee decisions, the Buffalo Bills have a 17-10 lead over the Miami Dolphins. Josh Allen continued to be red-hot in his second game of the season—he’s 15-of-22 for 249 yards and two touchdowns.

That’s on pace for 500 passing yards in this game, folks.

We haven’t been able to see all the highlights, thanks to that outage, but the game did include Stefon Diggs catching his first touchdown of the year.

The Dolphins have mostly been held in check, with a single touchdown drive. Ryan Fitzpatrick threaded a beautiful sideline pass past Tre’Davious White, which survived a challenge after the receiver appeared to drop the ball after falling out of bounds. He followed that up with a two-yard pass to DeVante Parker, whose catch—again—we couldn’t see because of technical issues. They also came through with a one-minute drill that ended with a field goal as the half came to a close.

Defensive highlights today are coming from all parts of Buffalo’s defensive line, especially Ed Oliver, who has a sack amid his relentless pressure. Young backup linebacker Tyrel Dodson, pressed into starting duty, is also impressing. He nearly pulled off a diving interception, and also blew up a screen pass in the backfield.

The Dolphins will receive the first kickoff of the second half, and the Bills are hoping to open up their lead even further. Here’s your discussion thread for the second half—Go Bills!