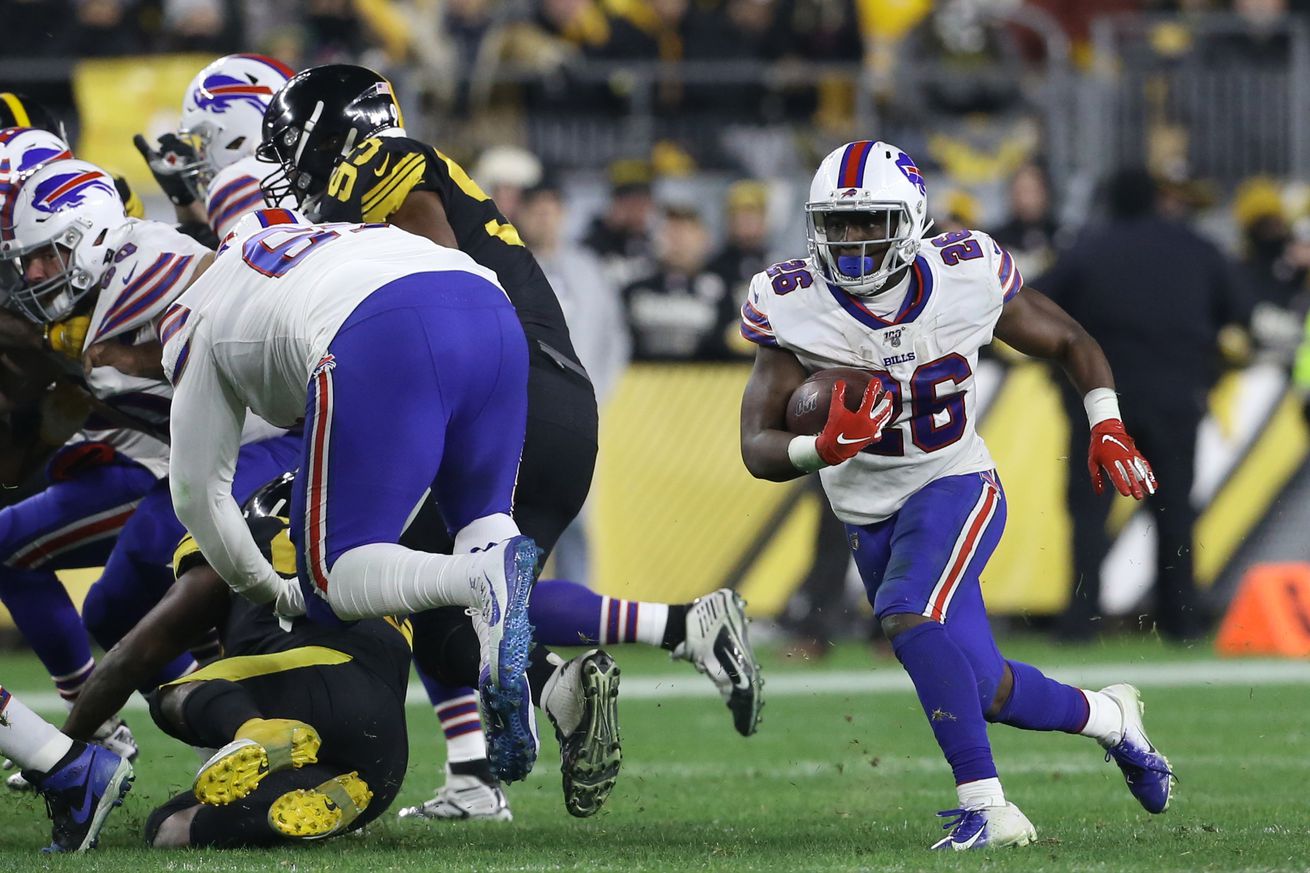 The Bills’ GM downplayed what Zack Moss will be able to do out of the gate.

Buffalo Bills rookie running back Zack Moss has been receiving positive buzz from the local media in attendance at the padded practices of training camp in 2020. But last year’s rookie running back is the one impressing general manager Brandon Beane since his return in August.

Buffalo selected Devin Singletary in the third round of the 2019 NFL Draft and he made an immediate impact, leading the team in rushing despite missing three games with a hamstring injury. He averaged 5.1 yards per carry to outpace veteran Frank Gore who toted the rock on more carries.

On Sunday, Beane addressed Singletary’s potential impact on the 2020 season in glowing terms.

“I give Devin a lot of credit,” said Beane. “His weight is similar to what he played at last year but I think he’s lost some of that baby fat. He’s toned it up. He’s had a serious approach to his offseason.”

Singletary missed a month of the season after pulling his hamstring in mid-September. He returned in late October and by the start of November was the team’s focal point at the running back position.

“He’s been very professional about getting his body right, getting ready,” noted Beane. “He missed a few games with the hamstring so that’s one of the things we were talking to him this year about the offseason, making sure he was doing the proper stretching and strength training to prevent an injury. We did miss him for those three weeks last year.”

Despite the veteran moving on to the New York Jets, Beane gave a lot of credit to Gore, who took the young rookie under his wing last season.

“I think Frank Gore was a great role model for him to learn from last year and I think he picked Frank’s brain a lot,” said Beane.

Gore is known for his offseason work ethic and fitness routine. It’s something he’s done to keep his body able to continue producing at a high level into his mid-30s. Now with Gore gone, Singletary can step into the spotlight from Week 1 instead of waiting until November.

“We’ll count on Devin. Just like Josh taking a step from year one to year two, we’ll count on Devin to take that step now that Frank’s gone as our starter and then we’re excited about Zack and what he’ll bring,” said Beane.

Knowing they were moving on from Gore, the Bills selected another bruising running back in the third round of the 2020 NFL Draft. Just like they did with Singletary, easing him into the lineup early on, Beane suggested the Bills were going to take it slow with Moss during the regular season. That’s especially true because of the COVID-19-altered offseason.

“He’s a rookie, too, so he’s getting hit a little bit, you know, last Thursday [during the live hitting day of training camp],” said Beane of Moss. “There’s only so much live contact he’s going to get so we’ll kind of ease him into the fold once the season gets going.”

Without the benefit of preseason games, Buffalo is hopefully going to be able to give him a chance to get his feet under him (literally and figuratively) before trusting him in a major role.