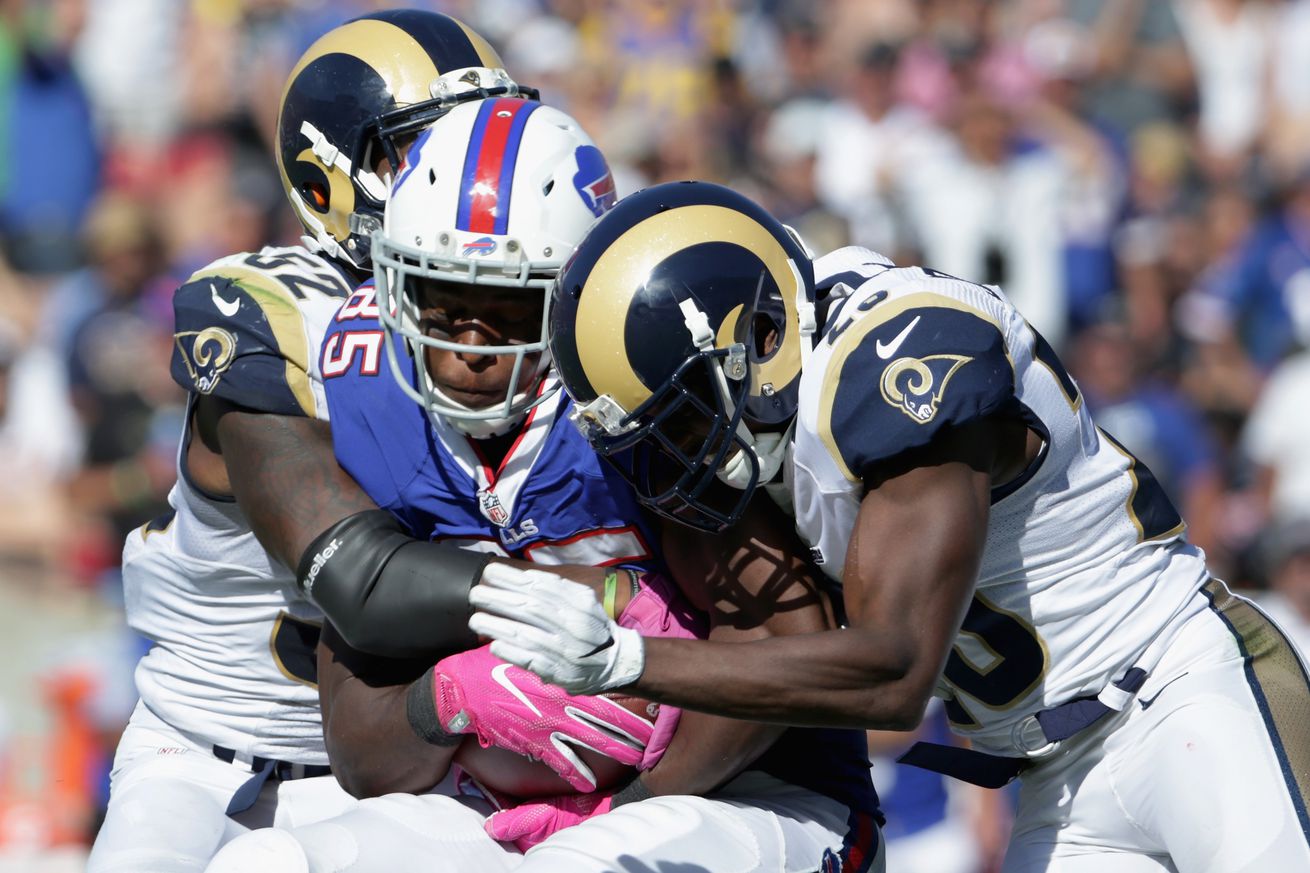 Buffalo’s debut on FOX this year.

Through two weeks, there are currently 11 undefeated teams, with the Bills and Rams being Sunday’s only showdown of unbeaten teams (the Kansas City Chiefs travel to play the Baltimore Ravens on Monday night).

Despite the clash of the undefeated, the Week 3 contest will be the featured national broadcast among the early games only for fans living in the Bills’ and Rams’ primary markets. Other states that will see the game are: Arizona, Colorado, Idaho, Maine, Massachusetts, Montana, New Hampshire, Rhode Island, Utah, Washington, Wyoming and portions of Florida, Nevada, Oregon and Vermont.

FOX’s No. 6 broadcasting team of Chris Myers (play-by-play), Brock Huard and Greg Jennings (analysts) and Jennifer Hale (sideline reporter) will handle the Bills/Rams game. While it would be right to think that FOX would have sent one of its top broadcasting teams to cover the game featuring two unbeaten teams, FOX scheduled the announcers a few weeks back and hasn’t changed its broadcasting plans, according to Alan Pergament of The Buffalo News.

The areas that can see the game are highlighted in green (map courtesy of 506sports):

The early FOX audience is split between the Bills/Rams, the Chicago Bears at the Atlanta Falcons (in blue), the Washington Football Team at the Cleveland Browns (yellow), and San Francisco 49ers at the New York Giants (red).

This will be the 13th meeting all-time between the Bills and the Rams.

The Bills lead the series 7-5, with Buffalo winning three of the last four meetings, including a 30-19 triumph in Southern California on Oct. 9, 2016. Tyrod Taylor passed for two touchdowns, LeSean McCoy rushed for 150 yards, and Nickell Robey returned an interception 41 yards for a TD in the win.

The last time the Rams came to Western New York, they were the St. Louis Rams and they defeated the Bills 15-12 on Dec. 9, 2012. Ryan Fitzpatrick tossed a two-yard touchdown pass to Lee Smith for a 12-7 lead late in the third quarter, but Sam Bradford threw a 13-yard TD pass to Brandon Gibson, then hit Chris Givens for the two-point conversion with 48 seconds remaining to lift the Rams to victory.