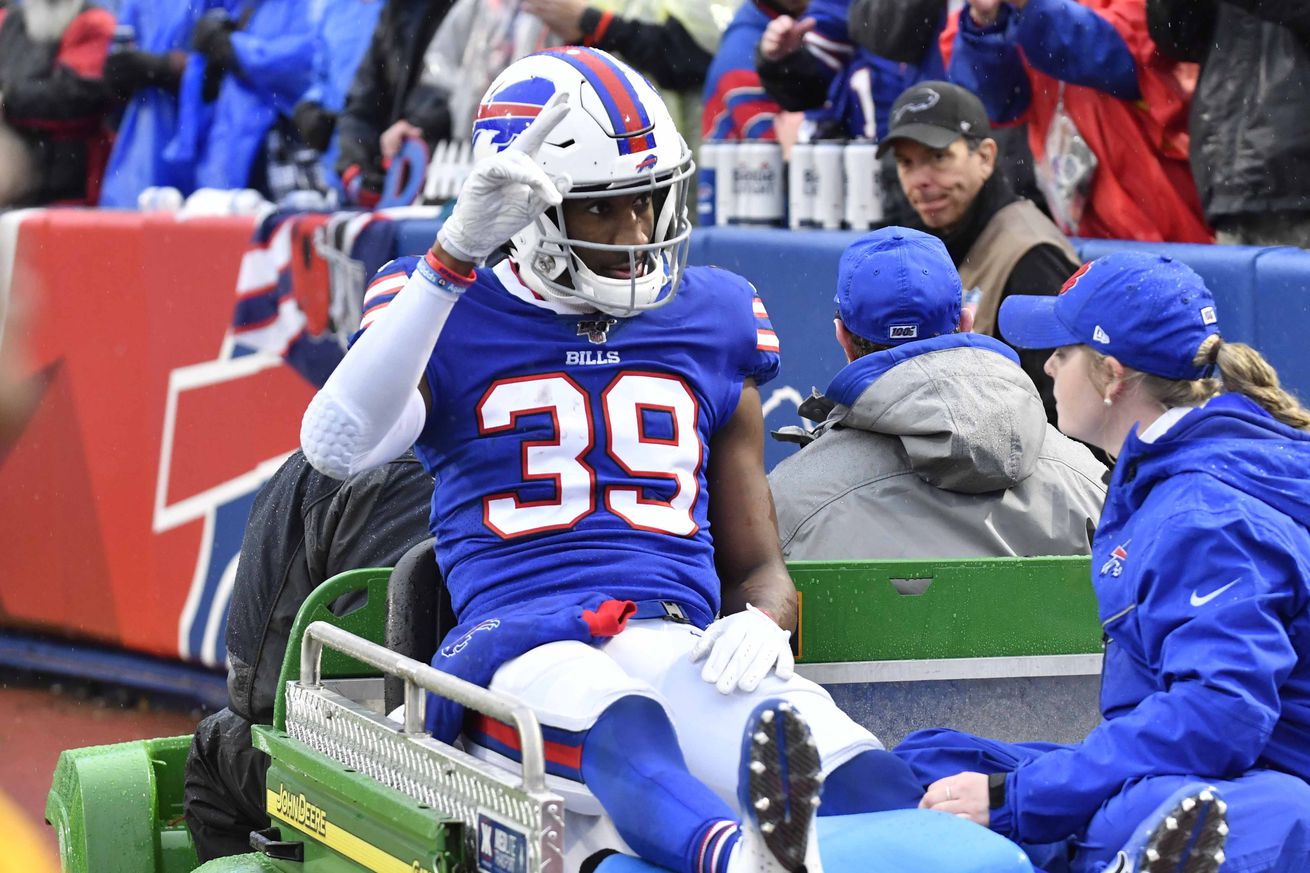 Injuries continue to mount for the Bills in a surreal, COVID-19-altered season.

Buffalo Bills cornerback Levi Wallace has been downgraded to out and will not return to today’s game against the Las Vegas Raiders. He exited the game early in the first quarter with an apparent non-contact ankle injury. After leaping in an attempt to intercept a tipped pass from Derek Carr, he deflected it and landed awkwardly, immediately showing signs of pain.

Levi Wallace has been downgraded to OUT. https://t.co/JUjEO5Xch3

What this means — and depending on the severity of Wallace’s injury, what this means moving forward — is that we’ll see a bit more of cornerback Josh Norman, who is appearing in his first game of the season this week. He had missed the previous three games on injured reserve with a hamstring injury suffered in training camp. Norman came to the Bills following his release from the Washington Football Team (where his play declined significantly)—likely in hopes of rekindling the elite form he had while playing for then defensive coordinator Sean McDermott with the Carolina Panthers.