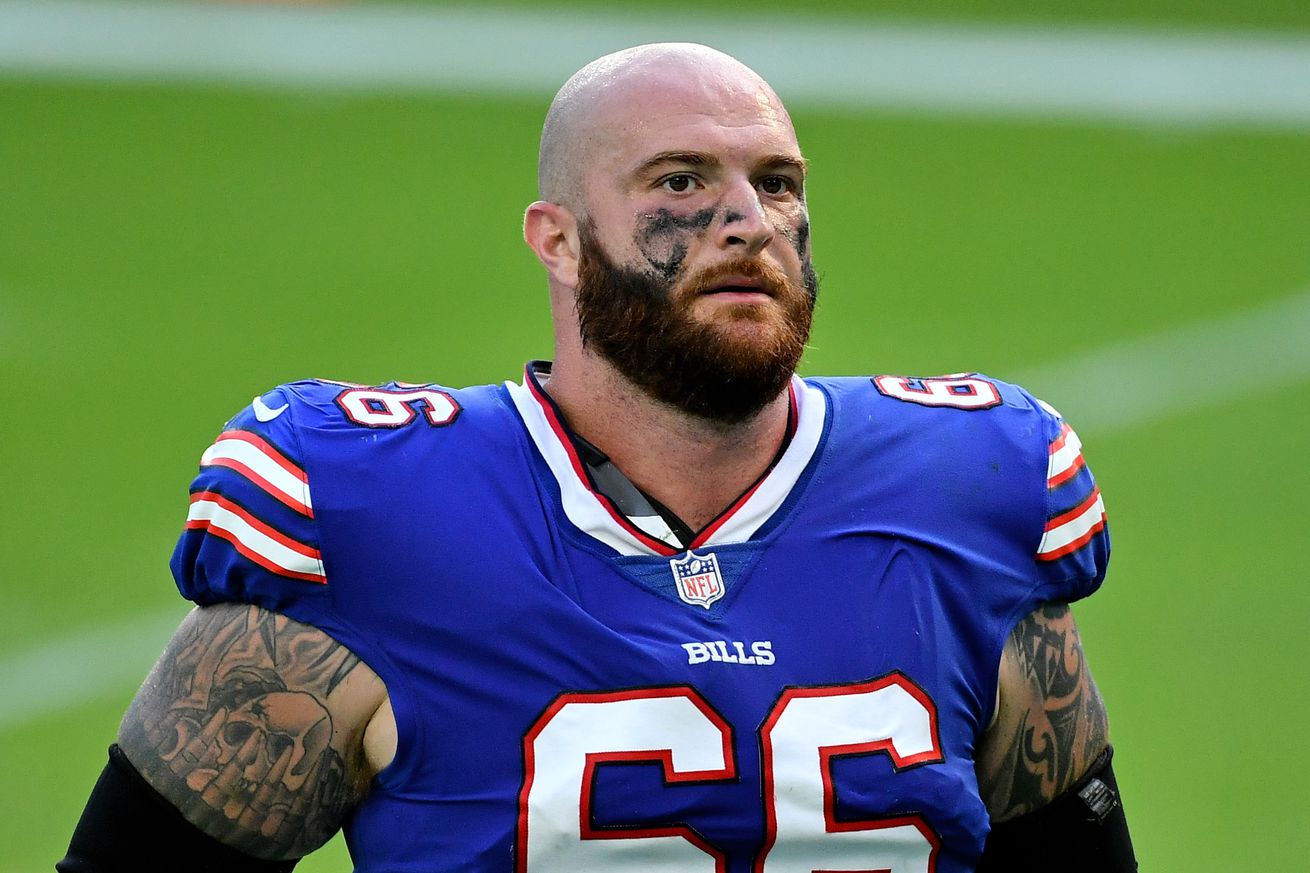 Buffalo Bills starting right guard Brian Winters is questionable to return after injuring his right knee late in the second quarter against the Las Vegas Raiders. The injury seemed to be non-contact, though its cause was unclear. Winters has been filling the right guard spot left by the injured Jon Feliciano, who is currently on IR with a torn pectoral muscle. When healthy, he’ll almost certainly return to the starting lineup.

The Bills have plugged in Quinton Spain at right guard to keep Cody Ford on the other side of the line at left guard. Ford was moved to left guard last week, having spent the entirety of his career at right guard. With no offseason, it’s no surprise to see head coach Sean McDermott tweaking his lineups, hoping to find the best fit. The initial change was likely made, in large part, because of Spain’s “meh” play overall. Ford’s lateral agility outweighs what Spain has to offer, though now, Spain will have to step up.

The Bills signed Winters to a one-year, $3 million deal this offseason. Prior to his time in Buffalo, he started nine games for the New York Jets last year.

Keep it locked on Buffalo Rumblings as we update this story as it develops.