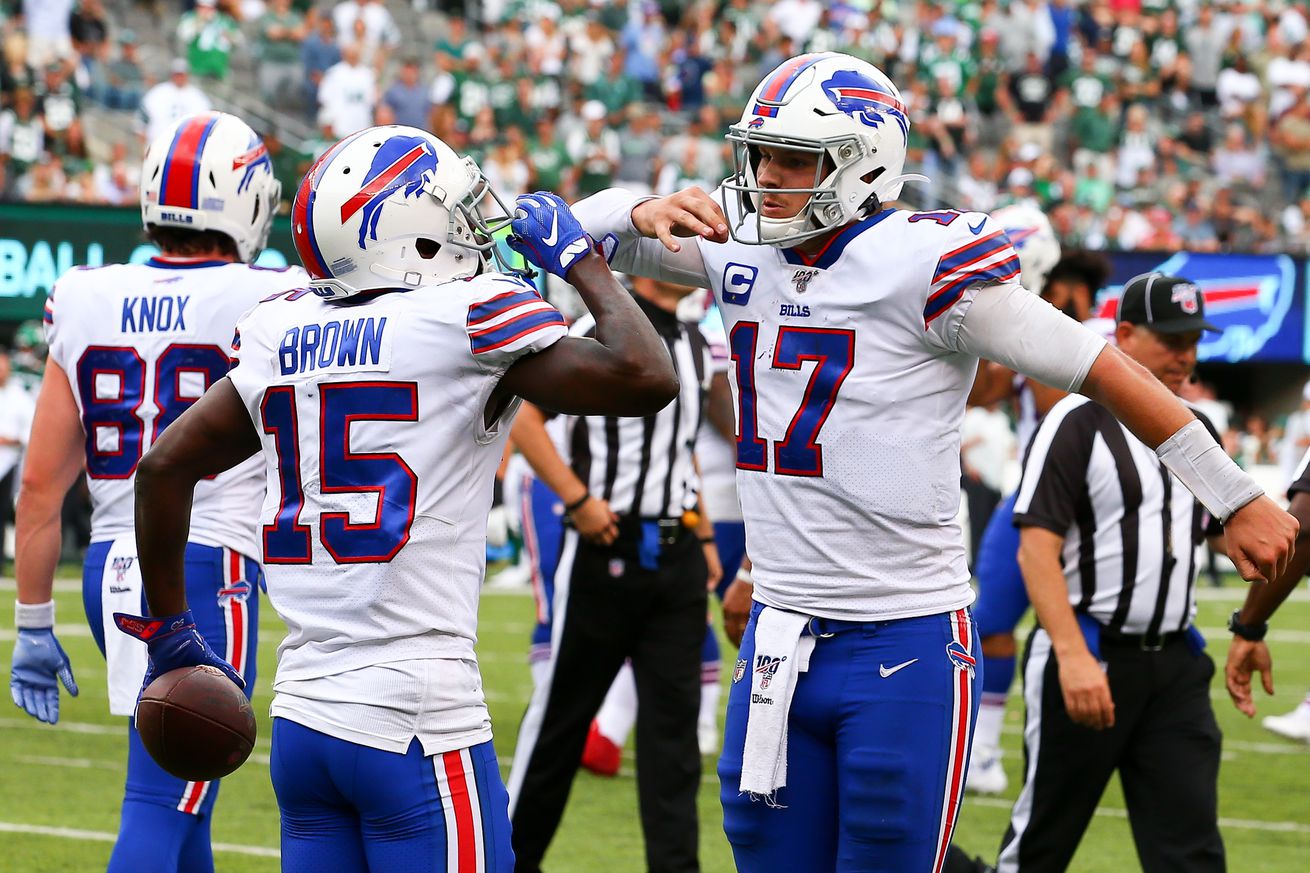 Where else would you rather be—aside from inside Bills Stadium?

The Buffalo Bills host the New York Jets today in the season opener. Last year, it was the Jets hosting the Bills in Week 1, and Buffalo came out on top in heartburn-inducing fashion, pulling a 17-16 victory out of an orifice that won’t be discussed on a family site.

This year, the expectations are different for the Bills. No longer a “surprise” contender, fans and pundits alike expect Buffalo to contend for its first AFC East Division title since 1995. A win is a win, but a win by the skin of their teeth won’t do much to quell the nerves of Bills fans damaged by years of hope followed by mediocrity and disappointment.

The Jets’ defense will look different today, as All-Pro safety Jamal Adams was granted his trade request earlier this summer to the Seattle Seahawks, and linebacker C.J. Mosely opted out due to COVID-19 concerns. Avery Williamson, another of the Jets’ best defensive players, is out today with a hamstring injury, and the team’s other holdover starting safety, Marcus Maye, has dealt with leg issues of his own throughout training camp.

Buffalo has a chance to come out and make a statement this week by laying an old-fashioned whooping on a divisional opponent. In what should be an even more unpredictable-than-usual NFL season, one game won’t tell the whole story. Starting with a big win is preferable to any alternative, however.

Your first-half thread is here, ladies and gentlemen. Where else would you rather be than right here, right now? Oh, in the stands, you say? Me too.

Until then, let’s watch, discuss, and enjoy the game together.

Here are some helpful tips for using the Coral commenting system during a game thread for the first time: