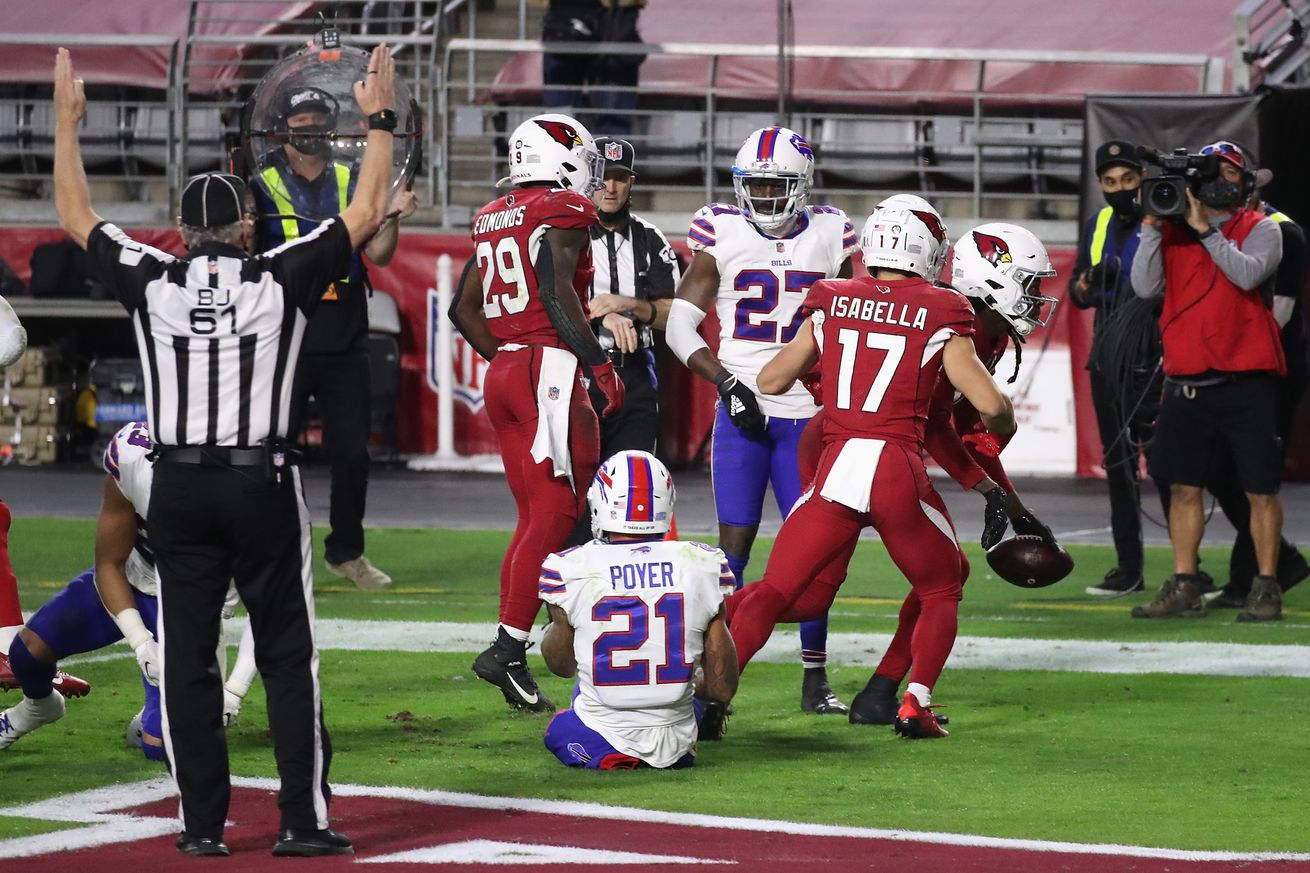 Win probability (WP) is a number that represents a team’s chances of winning. It was originally created by Pro Football Reference (the OGs of advanced statistics) although there are some slightly different versions in use today. Win probability is determined by a formula that takes into account things such as team strength, current score, time left, field position, possession, and down & distance. Essentially, it creates a chart of how a team’s chances of winning ebb and flow (or peak and plummet) with the results from one play to the next. Each week, the WP is charted for every NFL game by numberFire, ESPN, and Lee Sharpe.

Games like these are the most fun and interesting to look at in terms of the WP, if you won that is… Turnovers, lead changes, difficult field goals, last-second comebacks, and Hail Mary throws all generate drastic ups and downs on WP charts and this game had all of them. Let’s take a look at the visual results.

This game gives us one of the common reminders that bares repeating with WP: The game of football is not played on paper and it is not simply math. The game is played by players, dynamic humans whose performance can peak above their average and plummet with a mind-numbing mistake. The game and the excitement of “what could happen” is what brings all of us before our TV screens every Sunday to watch until the clock hits zero and there are no flags on the field.

The Cardinals came into the game favored and thus started on the plus side of the WP charts. Their first drive was a lengthy one that ended in a field goal. The Bills quickly answered back with a trick-play TD to Josh Allen that gave the Bills 50-60 percent WP. Followed up by dueling field goals, the Bills remained on the plus side of WP anywhere from 51-67% depending on how the current drives were trending.

Things started to get interesting when Kenyon Drake fumbled and gave the Bills a short field early in the third quarter followed up by a Josh Allen TD to Cole Beasley making it a 14-point game at 23-9. The Bill jumped to a comfortable 86-88 percent WP with under ten minutes left in the third. A nice percentage for sure, but also a lot of time and football left.

The Cardinals finished the third quarter by putting up 17 unanswered points of their own and taking the lead along with the WP back before the quarter was even out. The Cardinals then sat as high as 80-82 percent depending on where you look with their three-point lead in the fourth quarter.

Here’s where the fun happened. Josh Allen got the ball down three with his last five drives ending in punts or interceptions. There was 3:35 left in the game and the Bills started at their own 22. At that point the Bills had a WP of 30-31 percent. 12 plays and three minutes later Josh Allen threw a clutch TD to Stefon Diggs to take the lead with 39 seconds left. It was the highlight everyone expected to be watching on repeat all the next week.

I’ll save you the recap of the final moments of the game and just summarize the numbers. With 32 seconds left in the game, the Cardinals were sitting at only 6 percent WP after having been at 70 percent three minutes earlier. And within those 32 seconds, the Cardinals skyrocketed to 99.9 percent, a 93.9 percent growth—the entirety of which came on a single play. Sadly for Bills fans, it’s a play they likely won’t forget anytime soon…