Buffalo Bills cornerback Tre’Davious White was named the fourth-best cornerback in the video game world by Madden 22. The video game franchise released their player ratings throughout the past week and when the corner position popped up, so did White’s name.

Here are the top-10 rated cornerbacks in the upcoming game, including White with a 93 overall rating: 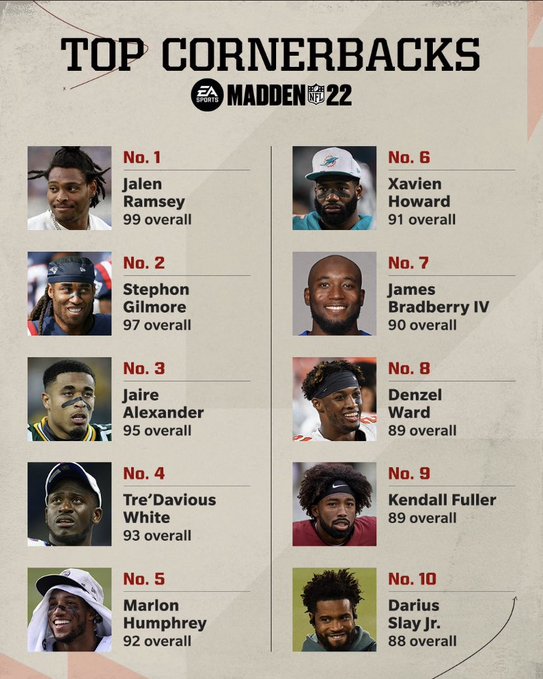 One bit of bad news here, though. Last year for Madden 21, White was featured in a video commercial when player rating were released. In typical Tre fashion, it was fun.

No such video this offseason has come about.

Sights and sounds from Day 1 of Bills training camp (video)