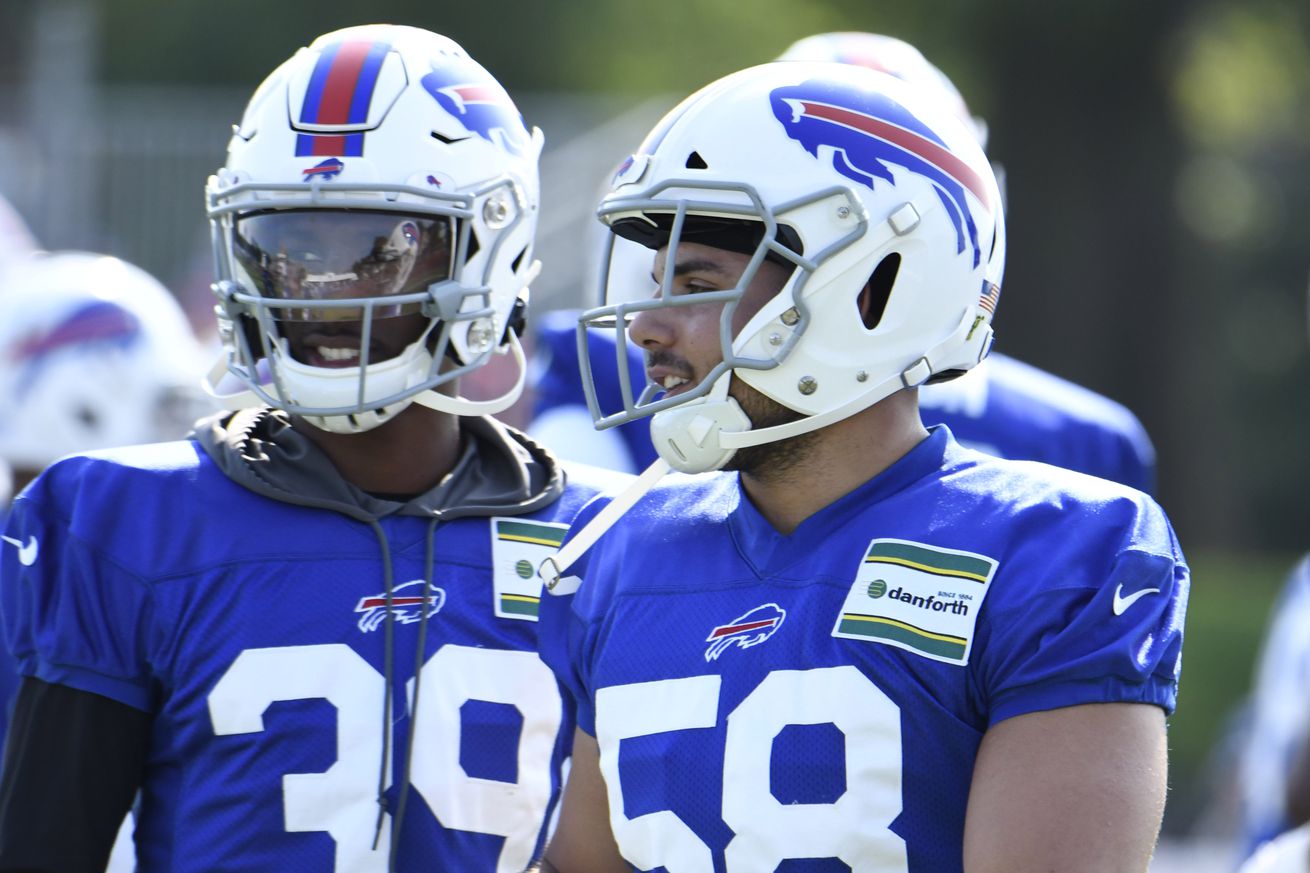 For their fourth padded practice, the Buffalo Bills took their show to “Bills Stadium”—and that meant a live stream, some restriction-easing on beat reporters, and our first glimpses of Stefon Diggs, the rookies, and other newcomers on the field where they’ll be spending their Sundays this fall.

With full pads, whistles blowing, and a bright blue sky, it was a perfect day for football. Here’s what went down at practice on Thursday:

Until today, the media had the impression that Stephen Hauschka opened a comfortable lead for the kicking job. Hauschka went 6-of-7 in his field goal attempts, while rookie Tyler Bass only went 6-of-9 on his tries.

On Thursday, kicking in the stadium, it was Hauschka who faltered. He missed three straight kicks from 51 yards (two of them short)—to go 5-for-8 on the day. In comparison, Bass was 7-of-8, including a 56-yard kick. The rookie did have a 41-yard attempt sail wide left. Bass’s leg power is apparent, with the media likening the difference between Bass and Hauschka to a golf driver versus an iron.

Josh Norman landed on the list with a leg injury during practice. He intercepted Josh Allen, but Stefon Diggs ran him down on the return. Norman came up limping from the tackle. He didn’t return to practice, and the team is evaluating his injury.

Rookie receiver Isaiah Hodgins, who’d been wearing a red no-contact jersey this week, was back to full participation on Thursday. It was the same case for second-year linebacker Vosean Joseph. Quinton Jefferson returned to action after sitting out Wednesday’s practice.