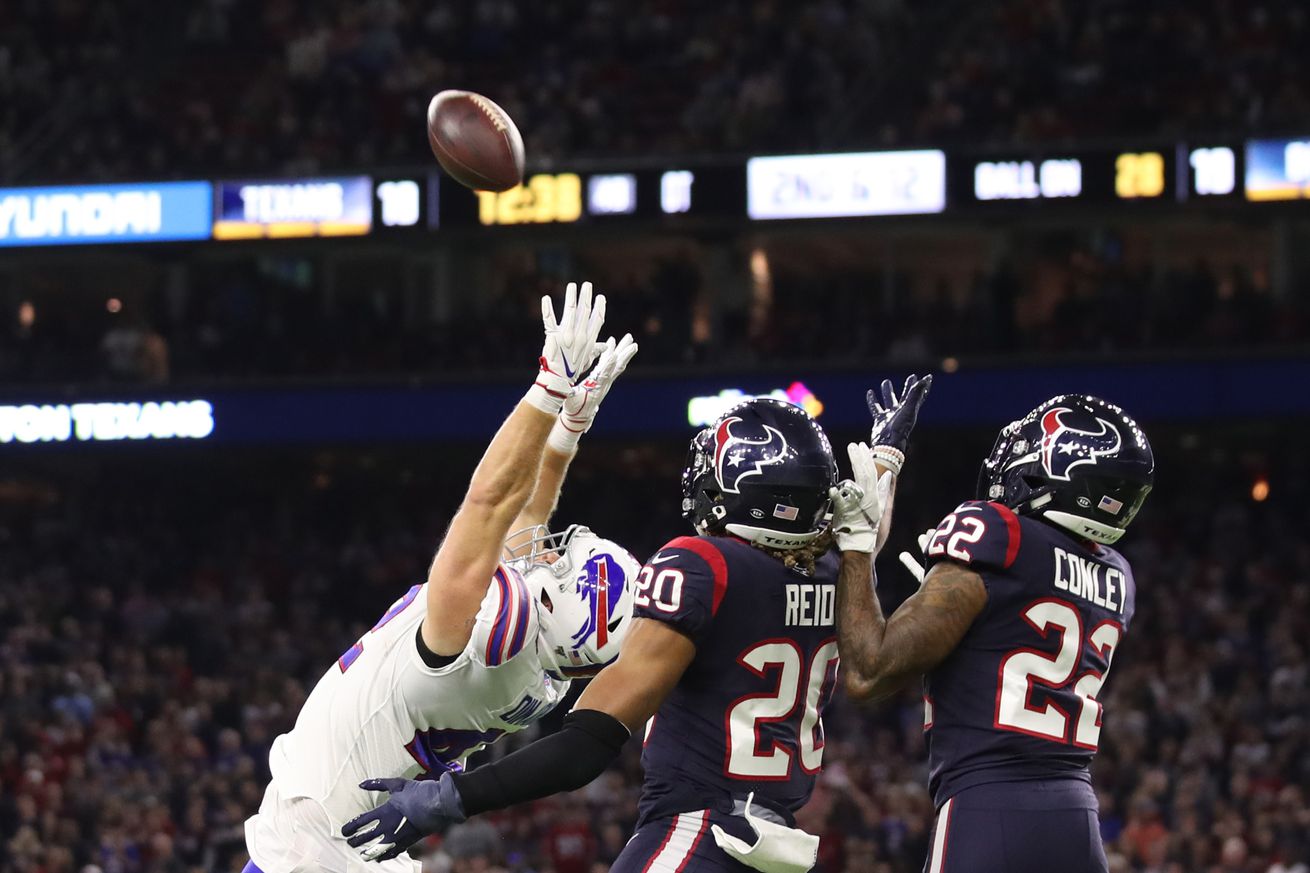 Two will enter…one will remain. Who stays and who goes?

The Buffalo Bills lined up with at least two running backs on offense a total of 171 times, according to Sharp Football Stats. That’s a total of 15.6% of their offensive snaps. The team’s lone fullback, Patrick DiMarco, appeared on 166 offensive snaps, giving us an indication of how infrequently the team utilizes the fullback position overall.

As many have pointed out throughout the offseason, Buffalo may not use the fullback often, but when they design a run-heavy game plan, they won’t shy away from deploying a more traditional “21”-personnel look (two backs, one tight end, two wide receivers). Of DiMarco’s 166 offensive snaps, just over one-third of them came in two games: the season-opener against the New York Jets (31 snaps) and the Week 15 playoff-clincher against the Pittsburgh Steelers (25 snaps).

While eliminating the fullback position may be something some fans would like to see, the fact remains that head coach Sean McDermott and offensive coordinator Brian Daboll like to have the flexibility to include a fullback when the game plan dictates it. As such, we should expect the Bills to employ a fullback yet again.

Not only did the team use the fullback as a lead blocker last year, but they often used the fullback as a way to diagnose the defense pre-snap by sending him out in motion—sure, nobody wants to see Patrick DiMarco lined up as a receiver, except for Josh Allen, who can tell whether the opponent is in man or zone by seeing who matches up with DiMarco once he leaves the backfield. Maybe tossing him a Hail Mary is ill-advised, but as you can see in the picture at the top of the page, the pass was inches from being completed, even though it was clearly a terrible decision to make the throw at all.

If only the Bills had a fullback with better athletic ability than DiMarco…someone who is a little bit faster with a bit better vertical leap. Perhaps then, that terrible decision turns into a mad-genius play. Enter undrafted free agent Reggie Gilliam.

Two will enter. One will remain. The Bills only have two fullbacks on the roster, so there are no “locks” and there are no “safe bets” at this grouping. DiMarco has an edge on the undrafted rookie for two reasons.

First, DiMarco is a veteran who has been in Buffalo for three years, and Sean McDermott likes to have a “veteran in every room.” DiMarco is a former special teams captain for the club and is a class act on the field and in the community. Second, Gilliam is converting to fullback in the NFL after having played tight end in college. In a shortened offseason, the Bills may err on the side of caution by sticking with the veteran with more experience at the position.

When comparing the two players from an athletic standpoint, Gilliam has the clear lead. While both players are right around the same size (Gilliam is 6’ and 244 lbs while DiMarco is 6’1” and 234 lbs) and each threw up 20 reps in the bench press, that’s where the similarities end.

DiMarco ran a 4.91-second 40-yard dash coming out of college. Gilliam was clocked at 4.58 seconds this spring. For comparison’s sake, that’s faster than Devin Singletary (4.66 seconds) and Zack Moss (4.65) each ran at the NFL Scouting Combine in their respective draft years. Gilliam’s three-cone time was 6.75 seconds and his 20-yard shuttle time was 4.25 seconds. DiMarco clocked in at 7.09 seconds and 4.46 seconds, respectively.

All of these comparisons speak mostly to what the two players can contribute to the offense, but what about special teams? Gilliam was a stud at Toledo, as he blocked six kicks in his collegiate career. DiMarco has been a mainstay on Buffalo’s special teams unit, so a prerequisite for anyone replacing him would be special teams prowess. Gilliam has proven that he is a phenomenal addition to a special teams unit.

Neither player touches the football frequently. Gilliam hasn’t registered a rushing attempt since 2017. He carried the ball twice in college for one yard. He totaled 18 receptions for 153 yards and three touchdowns in his whole college career. DiMarco only has 15 receptions and six rushing attempts in his three years as a member of the Bills, and he has a total of 52 receptions and seven carries in his seven professional seasons.

I’ve waffled here more than once, and I reserve the right to waffle again, but after looking into the players, it’s a question of promise vs. a “known” entity. Do I want the player who I know won’t win me games, but I know won’t lose them either? Or do I want the better athlete with the potential to make a few game-changing plays, potentially for the better and for the worse? At a position like fullback, I’m rolling the dice on the younger, more athletically gifted player in Gilliam, who has the potential to be an absolute monster on special teams for this club.

In a Chat with NickBat, I know I gave Gilliam little chance thanks to the COVID-shortened offseason, but I’m revising that take based on Gilliam’s athleticism. The conversion to a full-time fullback from tight end isn’t easy—if this were Madden, I’d probably consider switching Tommy Sweeney’s position from tight end to fullback and calling it a day—so that’s the biggest potential hiccup that I see. All things being equal, though, the better athlete has to prevail, and it’s clear that Gilliam is the better athlete here.

Which player do you keep, Bills fans?