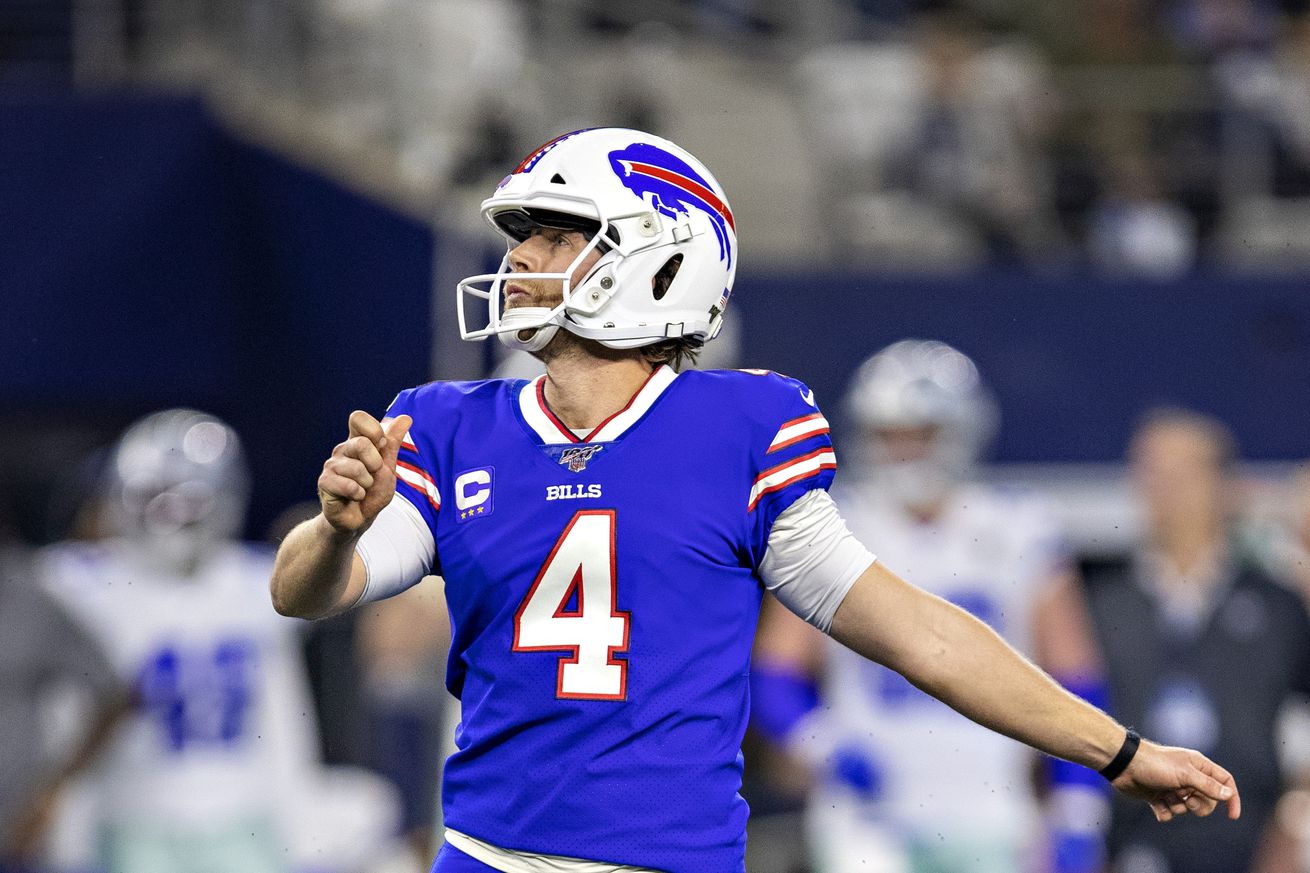 The Buffalo Bills had the same duo at kicker and punter from 2003 all the way through Week 3 of the 2012 NFL season. That’s when the team released Brian Moorman, one of the most popular players in recent memory, separating him from longtime teammate Rian Lindell.

Since the 2011 season, the Bills haven’t had the same kicker and punter for more than three consecutive years. Even that year was a difficult one, as Lindell suffered an injury and appeared in only eight games, having been replaced by Dave Raynor and Brandon Coutu.

The longest-tenured partnership after the Lindell/Moorman pairing was that of Dan Carpenter and Colton Schmidt, who kicked and punted in Orchard Park from 2014-2016. Schmidt is also the specialist who stuck with the Bills for the longest time, as he played in all or part of five seasons with the club.

All of this is a long-winded way of saying that anything can happen with regard to specialists. Just because the Bills have been set at kicker for the last few years, for example, doesn’t mean that we should be surprised if the team moves in a different direction this summer.

Buffalo added competition for each of the team’s incumbent specialists this year—well, all but long snapper Reid Ferguson, who is locked in once again—and while they have carried multiple kickers and punters before, this year seems different. Of the many competitions brewing in Bills camp, the ones at kicker and punter may end up being the most hotly contested of them all.

It seems odd to list a player at both kicker and punter, but the possibility at least exists that Vedvik could be granted the opportunity to kick field goals. Now that I’ve granted the possibility, let’s be realistic: Vedvik isn’t good enough to be an NFL kicker, as he showed multiple times last year in both the preseason and the regular season. The team lists him as both a kicker and a punter on its official roster, but they worked him out as a punter prior to signing him. He’s not going to kick.

The kicker battle is probably going to see more headlines, as kickers are at least directly responsible for scoring points. Hauschka began his Bills career in 2017 as a legitimate weapon every time the team crossed midfield. In that first season, Hauschka made 29-of-33 field goals and all 29 of his extra-point attempts. He made seven of nine field goals of at least 50 yards, and was generally clutch throughout. Over the last two seasons, however, Hauschka has been less automatic, combining to miss 12 field goals and three extra-point attempts in that time. His accuracy from distance has eroded, as well, as he has made just five of 12 attempts from at least 50 yards over the last two years.

Bass comes to the Bills as a sixth-round draft choice this year with a reputation for having a big leg. Some training video he posted shows him nailing long kicks with little momentum; however, during games, he only has a career-long field goal of 50 yards. He made 54-of-68 kicks (79.4%) in college, which is just a hair better than Hauschka’s made field goal percentage over the last two years (44-of-56; 78.6%). Bass hit 198 of his 268 career kickoffs for touchbacks, but he kicked seven kickoffs out of bounds.

Bojorquez has been consistently inconsistent for the duration of his Bills’ career, following up great directional punts with shanks, then booming a punt only to hit one off the side of his foot at the worst possible time (see Buffalo’s loss to the Baltimore Ravens for the full Bojorquez experience). Not only has he been inconsistent in punting, but he hasn’t seemed to be a consistent field goal holder, as well, as Hauschka reprimanded him at least once after a miss this past year (and who could forget the time that Bojorquez ran a fake field goal caused by either a bad hold or a bad read on his part).

Vedvik gave the Bills a victory in Week 1 last year against the New York Jets thanks to his missed field goal and extra point, but he was an effective punter in college. As a senior, he averaged 44 yards per punt, including a 92-yard punt that, while aided by the sun, a good roll, and some less-than-stellar decisions by the returner, was still impressive. 26 of his 59 punts were downed inside the 20, and he only had 16 punts returned for a total of 61 yards. Vedvik also gives the Bills an option on kickoffs, as he handled those duties at Marshall as well.

While I would love to see the Bills move on from Bojorquez, I’m not convinced that the choice is Vedvik. The Bills plucked Bojorquez off waivers from the New England Patriots in 2018, then kept him after he suffered an injury during that dreadful “fake field goal” clip linked above. It’ll take something like a player being cut by another team who the Bills’ pro personnel scouts have a higher mark on to unseat him unless Vedvik shows up in a big way during practice.

The battle at kicker is going to be tighter, but ultimately, I don’t think the Bills would use a draft choice on a kicker if they didn’t intend to keep that kicker. General manager Brandon Beane values his draft capital, and if he makes the pick, he’s going to look to keep that pick on the roster. Of the Bills’ draft choices since Beane and head coach Sean McDermott arrived, only one—wide receiver Austin Proehl—did not make the club in the year he was drafted (linebacker Vosean Joseph was placed on injured reserve, so since he wasn’t cut, we won’t count him). Come September, it’ll be time to chew bubblegum and kick Bass…and I’m all out of bubblegum.