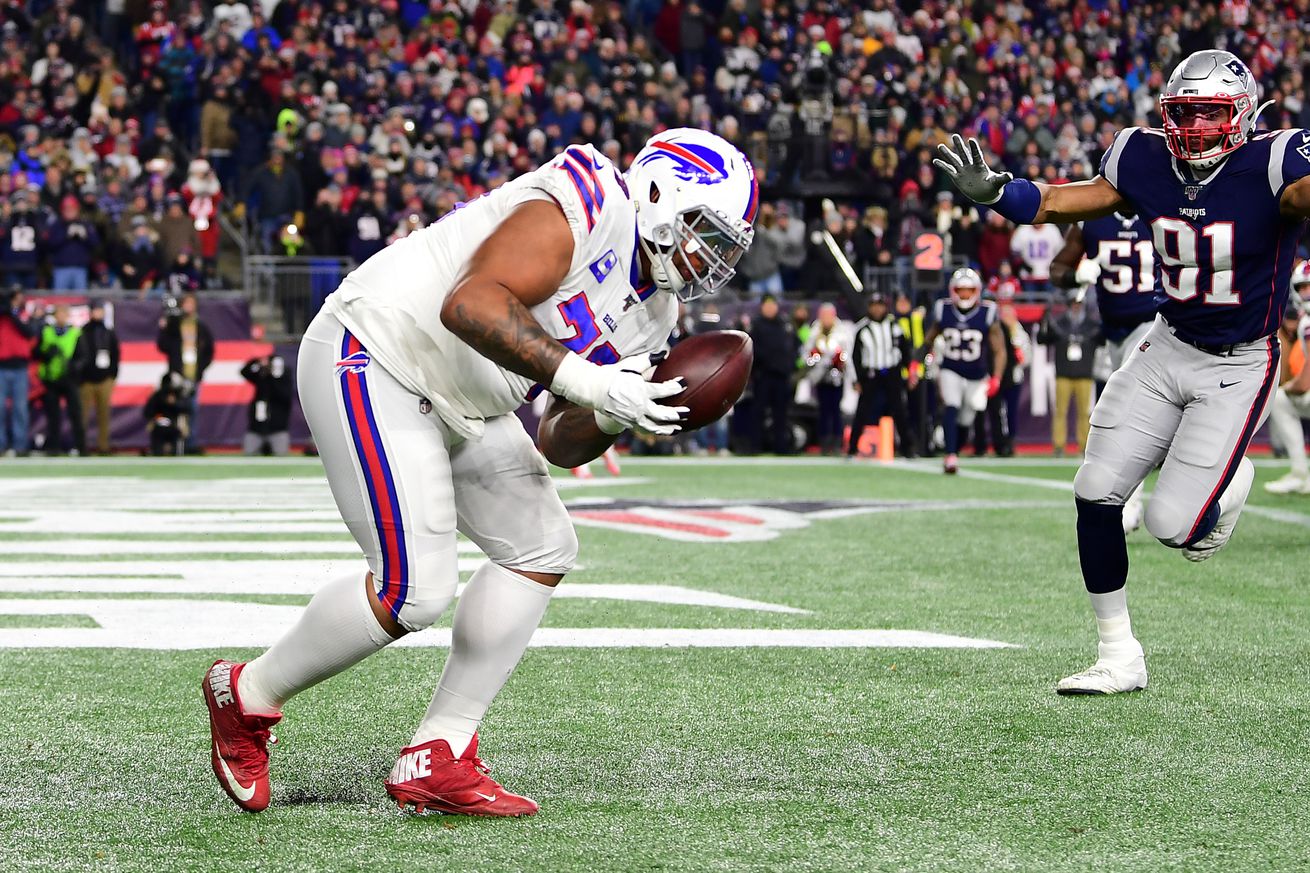 They inked their left tackle for the next five years.

The Buffalo Bills have extended left tackle Dion Dawkins with a four-year contract extension, per Adam Schefter. This locks up Dawkins for the next five years including the final year of his rookie deal. The Bills confirmed the news this afternoon.

Schefter reports the deal is four years for $60 million. A $15 million-per-year salary places him in the top five in terms of annual compensation at the left tackle position. It’s right in line with our contract projections for Dawkins earlier this offseason and this morning.

Ian Rapoport says it’s $34 million guaranteed. We will have to see how much of that is fully guaranteed.

Notably, this is the first NFL Draft pick of the Sean McDermott era to be re-signed. Tre’Davious White received the fifth-year option from the Bills and Zay Jones was traded away, but Dawkins is the first player from that draft class to re-sign. Draft players, develop them, extend them. It’s how it’s done. Matt Milano should be in line as the second player from the draft class to get a new deal.

Dawkins has started the last 43 straight games for the Bills at left tackle since being selected in the second round. He also has two catches for two touchdowns as a tackle-eligible receiver.

For now, Dawkins can celebrate with some wet mac and cheese. You Already Schnow.